Challenger is one of the Americas most popular muscle cars but also one which has some serious competition. Mustang and Camaro have recently released new models and have upgraded ones in preparation. Dodge has finally decided to enter the fray, and that will happen with 2018 Dodge Challenger.

The release date of new Challenger is scheduled for 2017, and it will probably come as 2018 MY. We draw this conclusion from the fact that prototypes of 2018 Dodge Challenger have been spotted testing at numerous locations in Michigan. 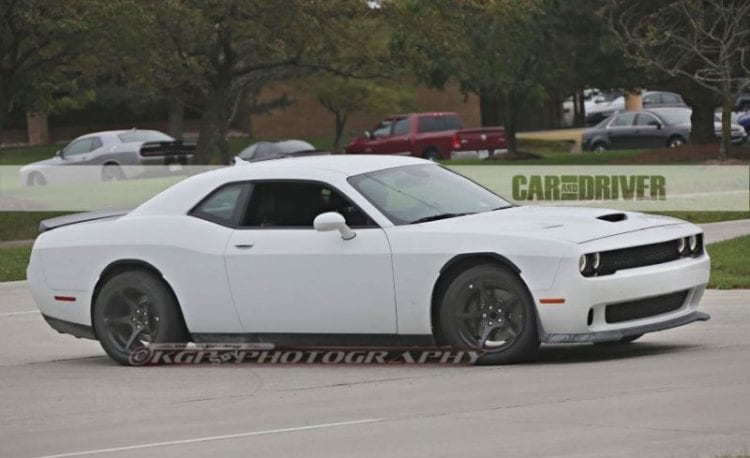 From the look, we had on test mule of Dodges’ latest muscle car we can conclude that this model is going to be a wide-body Challenger. Large tires are an unmistakable sign of this because they look bigger than they are on the current version. Additionally, they look larger than tires that 2017 Viper has which are most prominent across entire Dodge range. For more info about design, we would have to wait for Dodge officials or more naked photos of Challenger test mule. Interior wise not much is know at this moment so we would like to wait some more time before drawing conclusions. 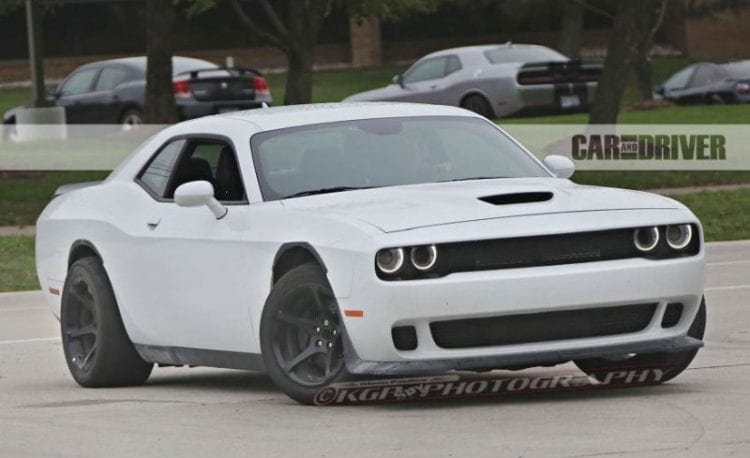 According to motorauthority.com the power for 2018 Dodge Challenger will come from base 3.6-liter V-6 while the power should go through an AWD system. Versions with 6.2-liter V-8 that will come exclusively with RWD. Also, there are rumors about high-performance Challenger which would be powered by Hellcat engine and possibly boast more than 707hp.

The current edition of Challenger starts at a price of $26,995, but that should change for 2018 MY. All of the competition have improved and modernized their cars, and that brought an increase in price. If 2018 Dodge Challenger wants to stand any chance against competitors, it will have to step up the game, and this will, of course, increase the price. For how much we don’t know but it will cost more than the current one.

Challenger and its Competition

Like we already mentioned Dodge Challenger has some fierce competition and most famous are Chevrolet Camaro and Ford Mustang. Having a performance edition, Challenger also compete with some more sporty cars such as Nissan 370Z, Lexus RC-F or even a McLaren 650S.