Challenger names date back all the way to 1958, but it was until 1969 when the second generation was introduced that the name reached its proper stardom. The coupe was gorgeous and it was a direct rival to Mustang and Camaro. Sales were not as near Ford’s legend, but well enough to make it another 70’s icon. After production ceased in 1974 name felt in in oblivion, until 1977 when it was revived in case of badge engineered and hideous Mitsubishi Galant Lambda coupe, which almost everybody forgot and those who didn’t should.

Fast forward to 2008 and another revival, but this one is properly managed. Dodge new coupe was born, in high retro styling, packing proper muscle under the hood. It’s been nine years since introduction and successor is not on the site yet, but nobody cares as this design can’t become outdated at all, it appeared as collector piece at first day of revelation. In the meantime, Dodge is trying to amuse us with beefed up version, just to keep the blood pumping and rumor has it that something special is cooking in the form of 2018 Dodge Challenger SRT Demon.

Despite the fact that Hellcat was dragged straight out of hell, I guess Dodge assumes that there is something even deeper there and rumors were circling that the cat could go wider and more menacing if that is even possible. 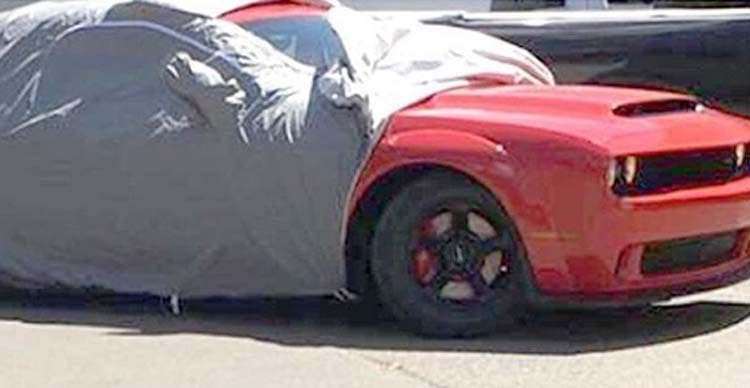 There were attempts to predict its future name as Challenger ADR, standing for American Drag Racer or ACR translating to American Club Racer, already used for the berserk version of Viper. Then Dodge silenced them all, before fanning all possible flames.

Right at the point when journalist left Detroit Motor Show, evidently on purpose and intentionally Dodge dropped a bomb in the form of website ifyouknowyouknow.com beginning to feed us with teaser videos about the upcoming monster. 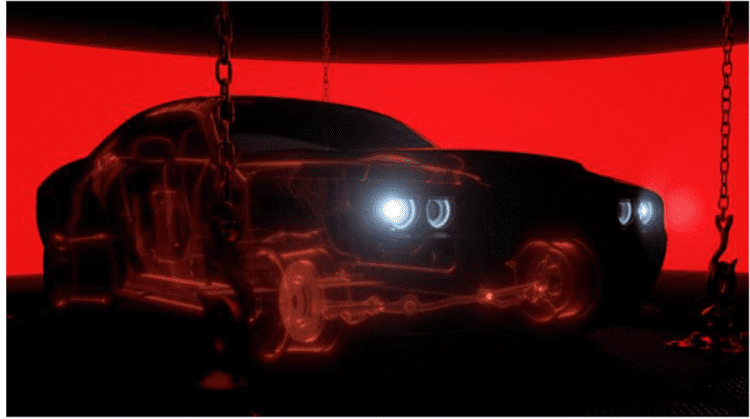 As we see from it, 12 videos are about to be revealed in a certain order, and so far first two are available. There is one more thing, and that is the movie trailer for The Fate Of The Furious featuring interestingly beefed up Challengers in the background. Further to that Instagram hosted some spy photos of what is supposed to be future demonic Dodge.

These teasers are not just plain commercials, they contain some valuable information if we are focused enough to see them. So, the first one tells us that mechanical cat has drunk some hazardous liquid before becoming transformed by it, suggesting maybe that Demon will feature nitro boost, which could cause all fans of Fast and Furious to enter into delirium.

The second video is much more open, as it shows us that various parts of the car are reconstructed in order to shed some weight, and we can see pretty wide scoop on the hood, which corresponds to the ones on The Fate Of The Furious trailer. That one also adds wider wheel arches that apparently should house earth-wide tires, while Instagram photos confirmed that.

The demon is supposed to feature more power than Hellcat and “God knows why.” The Hellcat entered a totally new realm with its 707 horsepower, so Demon should go for 800? It will lower the acceleration time to maybe below 3 seconds margin, grouping it with many over half million priced supercars, at least on paper. But there lies the problem.

All those supercars are relatively manageable, Hellcat not so much. It is just tremendous power for Challenger body and Demon should definitely go for AWD at least in an attempt to make it a bit usable besides drag racing. Not going with RWD will kill some joy, but at least it will do something more than just spinning wheels and burning rubber.

Dodge confirmed that 2018 Dodge Challenger SRT Demon is going to be 200 pounds lighter and that will undergo various tweaks. Also, it is confirmed that Demon is going to be revealed during New York Auto Show in April, the same month in which The Fate Of The Furious movie is going to hit the theaters. We have to wait for more teasers and more details, but one thing is certain, the Demon will turn the automotive world upside down more than Hellcat did it.