When Romanian automaker was purchased by Renault in 1999, we guess better outcome nobody could expect. French brought some of their technology, while Romanians kept utilizing low-cost procedures of production and in 2005 new Logan model crossed the Romanian borders and sailed to the outside world. That same year Dacia sold not even 30,000 units in Europe, last year? Over 400,000! Besides being cheap inside and dated underneath, Sandero and Duster pull some serious sales numbers, and not all of those are attached to Eastern Europe. So, Romanians have made it, and that is giving them the opportunity to play a little bit and offer something that is not so necessarily needed in the automotive world of their type, which leads us to 2018 Dacia Logan MCV Stepway.

We already had Stepway model, it was Sandero, and it was introduced in 2008. Anyway, Stepway is same as Scout with Skoda or shall we dare to say Allroad with Audi. That would imply estate wagon carrying some styling jewelry trying to convince you that it can pull some decent road manners outside pavement, while actually, it can’t.

First of all, all Dacia models can hardly be classified as beautiful or gorgeous. Price is the main thing here, and looks follow the concept, trying to serve something acceptable and not much above that. And in all this, solely on reason based offer, we have Logan MCV with plastic moldings, silver skid plates, more silver on mirrors, rectangular grille, fog lamps bellow grille and dimmed tail lights at the back. 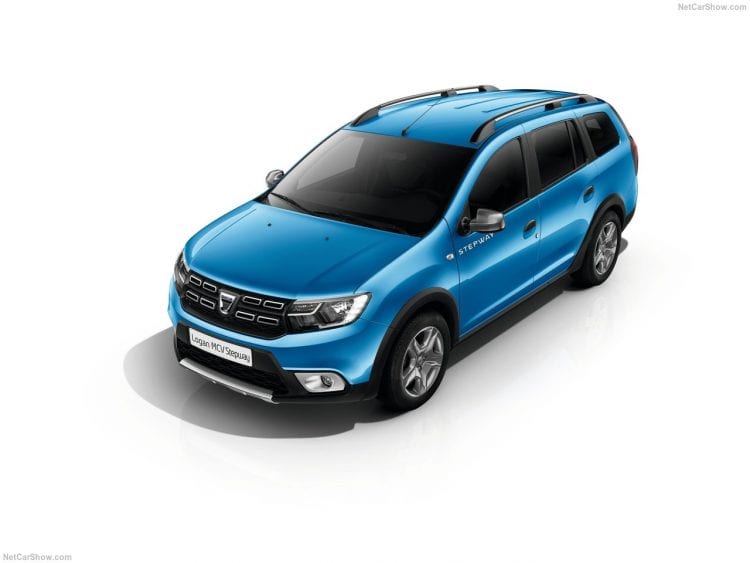 Further to that, headlights have incorporated LED daytime lights, and it has 16-inch alloys, while ground clearance is raised by 50 mm. Everything seriously adds style and trendiness to Logan, but you judge whether that should be used here in the first place.

The cabin is primarily cheap, and the type that is sensed immediately upon entering. Stepway brings some play with colors and effects as door handless and dash’s plastic is treated with satin effect, while air vents got chrome circles. The base trim is higher Laureate trim, so you’ll get everything from the start such as navigation, rear parking sensors, air conditioning and Hill Start Assist, among else. 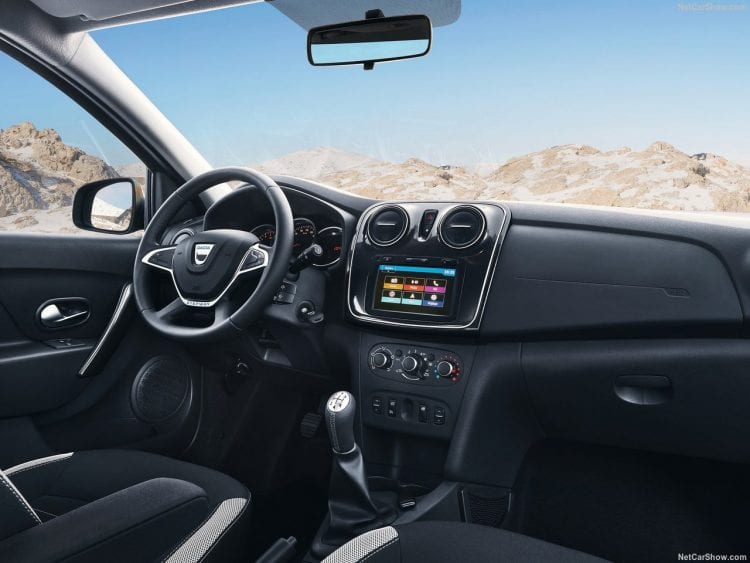 If you want to go berserk, there is an even optional leather upholstery package. And one more thing, the boot is absolutely enormous with the size of over 20 cu ft, which is around the same as one in just debuted BMW 5 Series Touring, so…

Stepway only comes with stronger Dacia engines, and stronger doesn’t mean powerful in this case. You have 0.9-liter petrol L3 rated at 90 hp, and 103 lb-ft of torque or you have 1.5-liter turbocharged diesel L4 with same horsepower output, but significantly better torque at 162 lb-ft. Petrol option reaches 60 mph in 10.9 seconds, and we should say that it is an entirely pleasing figure or in other words, we expected much worse. Both engines are matched with 5-speed manual transmission and have Start and Stop technology.

The biggest question is what the meaning of 2018 Dacia Logan MCV Stepway is? Logan MCV is undeniably cheapest family transportation, with a price within A segment, while space and boot are easily in line and above C-section. Interior is incredibly cheap, and though it was visually modernized over the years, we can still differentiate repulsive side profile of the first generation. 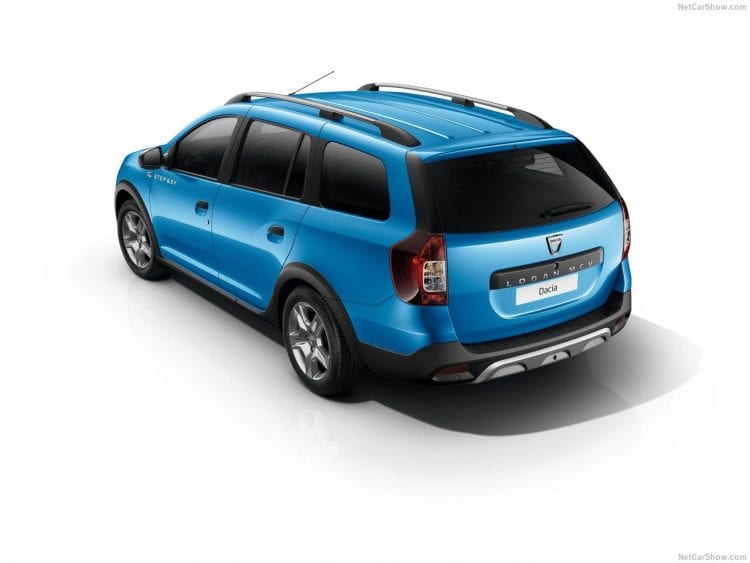 MCV in Laureate package is around €12,5k ($13,3k) for diesel and €10,5k ($11,1k) for petrol in Europe, while Stepway is going to raise that to unknown figure at this moment and no plastic moldings or plastic skid plates are going to justify that. That is a dangerous territory for Dacia as the car loses its primary goal. So, the meaning is the fact that there exist some “cool” Logan MCV with all those fancy SUV-ish bits costing near as twice as much as the one that you are going to take, feeling that you did an incredible job.