The Suburban SUV is an iconic model. Not only in Chevrolet’s history but the history of the entire automotive industry. The name was introduced by GM in 1935, and this model has since spanned over eleven generations. The current edition of the great SUV (not a station-wagon) is up-to-date having been redesigned back in 2015. But nonetheless, the model was transferred unchanged trough 2016 and 2017 MY and merits at least some changes. With 2017 MY this SUV received new colors on different trims, and top trim names were changed. Essentially everything remained the same. It is still too early for another rehaul, considering that the last one was done two years ago, but to freshen it up a bit would be just the right thing. If you want another reason for facelifted 2018 Chevrolet Suburban, you can find it on recently launched Ford Expedition, updated Sequoia and Lincoln Navigator which is already in works.

The Suburban SUV is one of the biggest vehicles that you can buy, and nobody can take that away from it, but it has few flaws that can be set right. The biggest objection that the customers had on looks was its angular styling. The boxy design is there to create more space in the cabin and to fit the needs of family buyers, but nonetheless, it can be made more appealing. 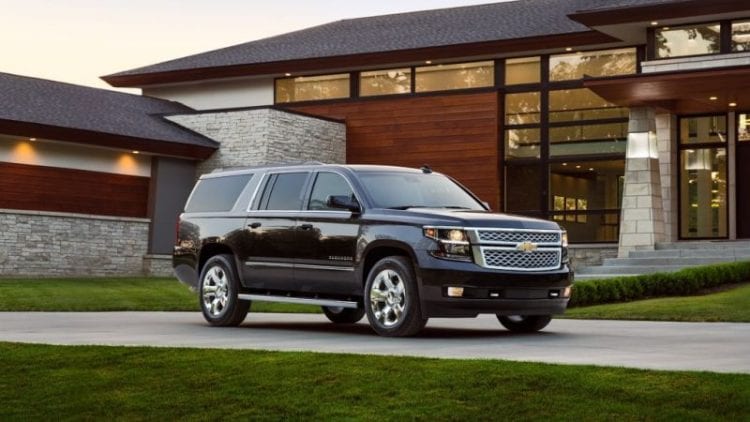 The design cues for every Suburban SUV are drawn from Silverado truck. When you look like a truck you are not beautiful, you are powerful. New Silverado is in works, and with it, we can expect new things on 2018 Chevy Suburban. The update could begin from the front end with grille, headlights, and hood. These parts of the SUV could be made more round and a bit more luxurious like they are on GMC Yukon. Sideways it could get more expressed artistic lines while at the back new pair of taillights and lower finish of the roof could add that sports look it currently misses.

After the redesign in 2015, the Detroit-based company didn’t temper with Suburban at all. It offers large cabin with a lot of space and comfort and standard Chevrolet equipment. Some of that equipping include GM’s class-exclusive front-center airbag, Adaptive cruise control, lane-departure warning system, blind-spot monitors, forward collision alerts, and front parking sensors. In safety test conducted by the government, Suburban got four out of five stars. Other notable features inside the cabin include 8.0-inch LCD Touchscreen, Chevy MyLink connectivity with Apple CarPlay and Android Auto, a head-up display, keyless ignition, and cargo management system. At this point, we are not sure where exactly will interior, and safety changes happen, but there will be improvements on every step.

Engines, actually one engine, offered in Suburban is the 5.3-liter V-8 which is also borrowed from Silverado truck and is the only option in the entire lineup. The Detroit car giant is of the opinion that this one powertrain perfectly fits the needs of all customers in this segment. This is not something that will change with 2018 Chevrolet Suburban but could on some future edition. Regarding this model they have, ‘’one fits all’ policy and are sticking to it. The named unit is capable of producing 355 hp and 383 lb-ft of torque and is mated to a six-speed automatic gearbox. The transmission is the thing that could be changed, and from six it could be in the future changed to an eight-speed automatic.

As far as the release date goes, new vehicle should become available with minor facelift before the 2017 ends. It will be sold as 2018 MY.

The price for current Suburban goes from $51,000 for a base option all up to $71,000 for a fully loaded Premium trim. At this moment we can’t deliver the exact price for 2018 Chevrolet Suburban, but small increase in this segment is expected on all of the trims, minus the base LT.

If you want to take a look at the competitors here is a short list of its main adversaries. It starts with 2018 Ford Expedition, across 2017 Nissan Armada, Mercedes-Benz GLS-Class, 2017 GMC Yukon, 2018 Toyota Sequoia, and it ends with an internal competitor 2017 Chevy Tahoe.