Latest rumors and reports are backed up by spy photos of the all-new 2018 Chevrolet Silverado that has been caught testing already for a few times. At this point, it is still not clear if the new pickup will come as a 2018 or 2019 model, but whatever happens, we will be getting upgrades to already one of the best machines on the market.

The currently available truck was introduced in 2014, and it was a little bit strange to see that the company is breaking their seven to ten years model cycle. This was obviously done because of the competition that is doing a great job with their vehicles. We know that Ram is preparing new pickup while Ford F-150 is currently best selling option and clearly Chevy wants to be competitive and gain on competition. 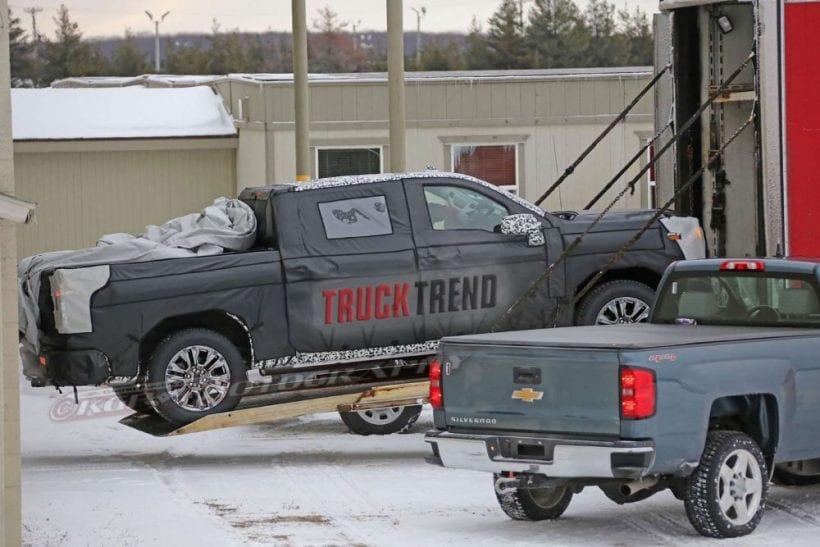 When the last set of spy shots hit us, we thought that it was modified F-150 as it had quite similar front window cut-down. What give it away is the squarish wheel well that we are used to getting from GM products in this segment. While looking at this vehicle and examining the pics, we could notice leaf springs at the rear which is something that Ram never offers so we could eliminate them from this story.

Biggest changes are expected to be brought to the engine bay. At this moment Ram offers EcoDiesel unit while Ford has announced V6 turbocharged diesel for the lineup and Chevy needs to react. Not so long ago this carmaker had plans on delivering 4.5-liter V8 Duramax engine to the segment but the crisis shut down this project. With changes in emissions and fuel economy regulations, we think that this might not happen and that we will see the smaller V6 unit for this truck. 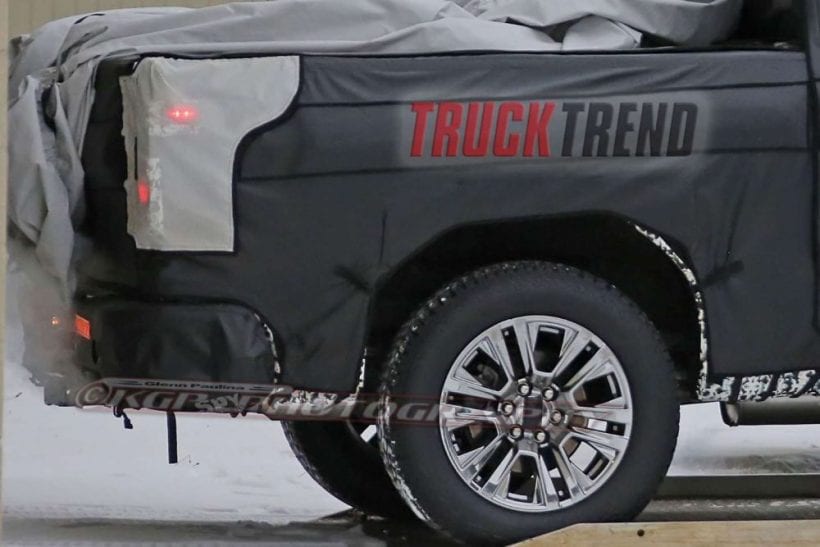 For the 2018 Chevrolet Silverado to be introduced as 2018 model, we need to see it in the next few months and for production to start soon after that. This might not happen, and the new version could be introduced during the next year as 2019 MY.

02/16/2017 UPDATE: The ongoing generation of Silverado is not too old by automotive standards with its introduction dating back to 2014. But, current-gen of this truck is based on the old architecture and compared to the competition (mostly the F-150) it is getting quite old. With 2019 Chevrolet Silverado GM will try to get competitive once again after it lost some of its market share during the last year while Ford’s best-selling pickup increased its control over the segment. The aspects of Silverado which are going to be improved are weight, fuel efficiency, and technology.

Two things mentioned above are going to be updated trough changing the structure of the Silverado. Current truck is built solely of steel, and despite being one of the lighter vehicles in its class with adding aluminum panels on parts of the new model, they will shed some more weight. This will consequentially improve fuel efficiency.

We are not sure, at this moment, which parts of new Silverado are going to be made out of aluminum but the thing that definitely won’t be is the bed of the vehicle. The bed is going to remain steel made so that Chevrolet could continue to pile the misery on Ford’s best-selling truck through their commercials. 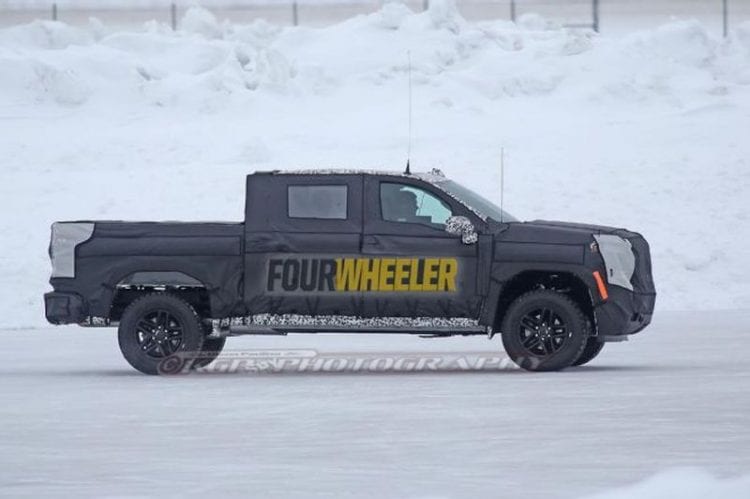 Above we have named a few changes on 2019 Chevy Silverado, but a couple of things will remain the same. The platform is going to be the same (separate body and frame), live rear axle will also be carried over from current model and options of standard RWD (Rear wheel drive), and optional AWD (all-wheel drive) will be included same as before. These things are the significant part of Silverado, so it is only normal to see them on the new pickup.

Powertrain options on new Silverado will consist of two base engines in shape of 4.3-liter V6 and a turbocharged four-cylinder unit which will bring GM’s plans to improve fuel efficiency to fruition. Both of these mills will be tied to a General Motors eight-speed automatic transmission. The upper trim powertrain will come in the form of a GM’s small block V-8 which will be linked to a ten-speed automatic transmission developed by General Motors and Ford. 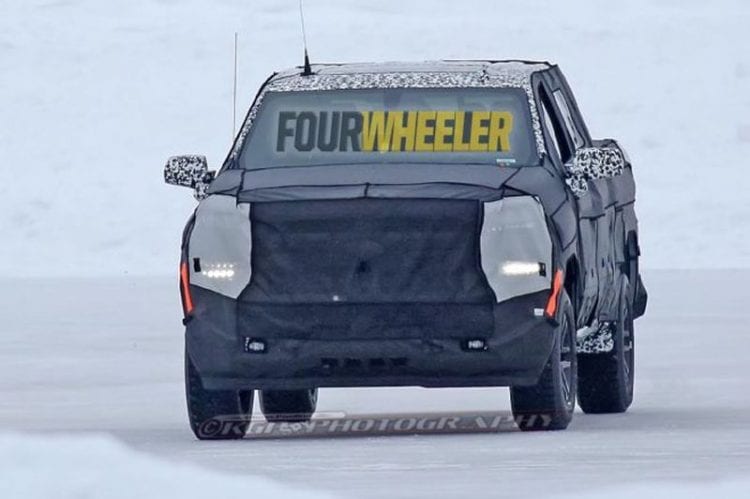 2019 Chevrolet Silverado will probably debut at the 2018 Detroit Auto Show which is scheduled for next January. By that time production will already start, so we are expecting the first units of this new truck to hit the market in early summer. The price will vary from $28,500 for entry-level Silverado to the $60,000 for the top-tier High Country model.

GM updated their lineup of trucks for the 2016 model year, but the fact of the matter is that these were released back in 2012. While this would normally be fine considering their trucks are still very capable, both Ford and Ram plan for massive upgrades in 2017. This means that their vehicles will be left behind, and GM will have to do something about it.

Still unconfirmed at this point, the future 2018 Chevrolet Silverado might be the all new truck everyone is expecting. This could be released in late 2018, most likely in December, and it should hit the market a few months after. 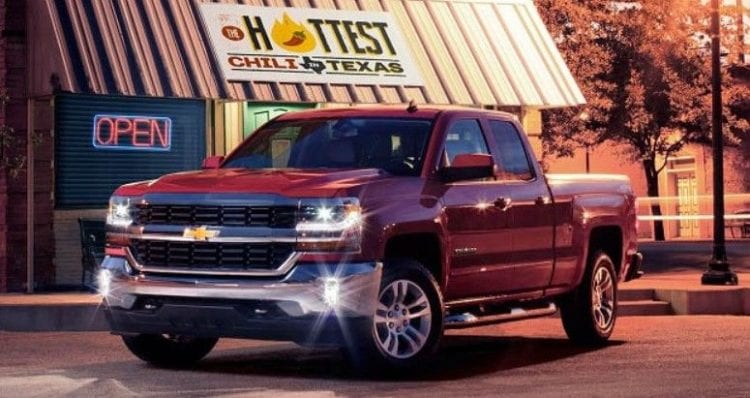 The new truck should get pretty much an all new design. However, the actual details are still unknown. We do know for sure though that the upcoming pickups are all going to receive an all-aluminum body as well as probably other aluminum parts. This has been made clear by GM a while ago, and it should be a step in the right direction. On top of that, their trucks are going to use a new chassis. This will still be the usual ladder frame, but it will now be more rigid and lighter. Most of the running gear will also change with the new chassis, but something interesting came up about this. 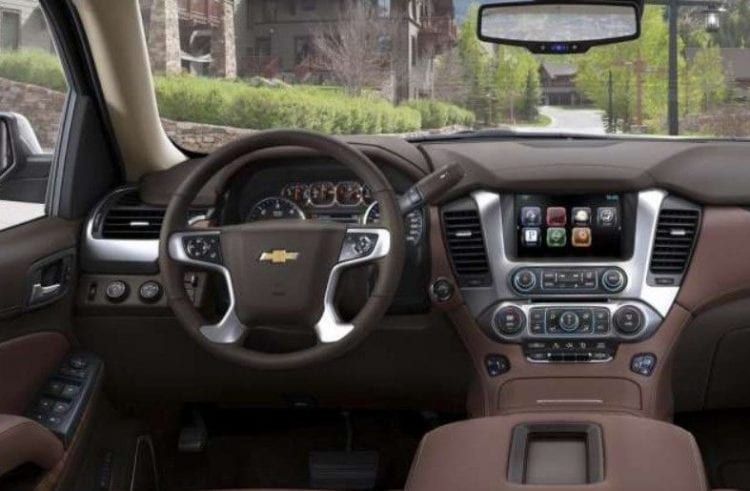 GM might design the new chassis so it will be backward compatible with older parts. This could make the 2018 Chevrolet Silverado a great buy for those already having a model. Why? Because the chassis would easily allow swapping parts between the two which are usually very important, especially for a workhorse. There is still no word on what GM is going to do with the aluminum body. Some people even suggested that they worked with Ford in developing the process.

We are not quite sure about that, though. While they did work together for the ten-speed automatic gearbox, the aluminum body is something specific to Ford. We do hope that GM will be able to offer the same type of quality aluminum as Ford even though they might end up with a heavier body.

The current design scheme is quite impressive so the new model should be kept quite close to it. While most of the body will be new, GM is likely going to use design cues found on the current trucks. This will allow people to get acquainted with the vehicles with more ease, and it should boost their sales even further. The interior of the Silverado has been better than that of its rivals. We do hope that the quality and bold design are both going to be kept. However, take into account that the available space could be less than in the previous model. 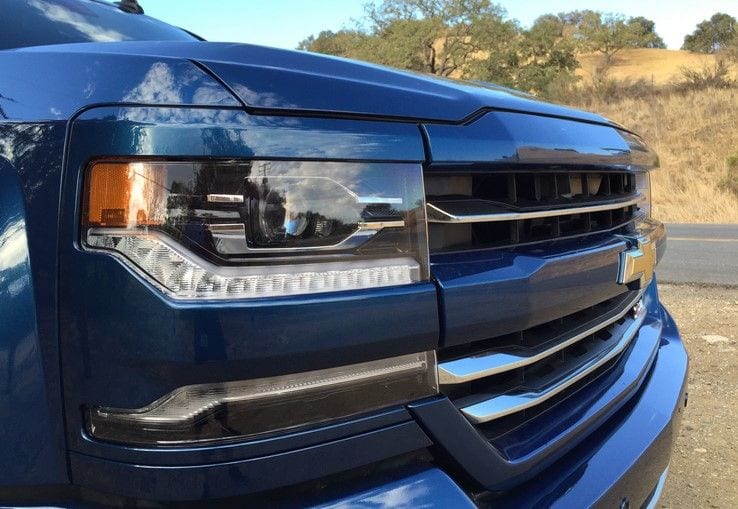 2018 Chevrolet Silverado – Under the Hood

So far GM used naturally aspirated engines in Silverado lineup and diesel in the heavy duty models. Well, this is finally going to change with the upcoming 2018 Chevrolet Silverado. This is not only likely going to receive a 3.6-liter twin-turbocharged V6. It could also receive an all-new turbocharged diesel, probably a V6. The petrol engine would develop between 350 and 450 horsepower and more than 400 lb-ft of torque. It would replace all the current V8 engines, and it should make for a great start for GM.

A naturally aspirated V6 might be offered at a later date, but this is unlikely. The diesel is expected to deliver over 250 horsepower while using with up to 25% less fuel than its petrol counterpart. All of these should make use of GM’s new ten-speed automatic which has been first seen on the new Camaro ZL1.