Chevy’s Malibu is one of the most sought-after sedans on the US market. The focus of the Global and the American market is rapidly shifting in the direction of SUVs and crossovers, but Malibu remains one of the Chevrolet’s best-selling models. With a situation like this and the never-sleeping competitors, the Detroit-based company is doing everything it can to stay not only competitive but to top the segment. Whether it will succeed in this with 2018 Chevrolet Malibu, we don’t know but let’s see what is on the table with this vehicle.

Unfortunately, the design changes won’t be as profound as most buyers would like. Despite the fact that some of the rivals such as 2018 Accord (getting ready for autumn release) and 2018 Camry (already presented) are getting a new look this won’t be the case with Malibu. This model was redesigned in 2016 so this time it is too early for a new revamp, but also the time is not right for the mid-cycle facelift which will probably happen with 2019 MY. The Chevy will most likely try to improve the likability of its Malibu with the addition of new trims and changes offered for the interior, new colors both on the outside and the inside, and new technology packages. 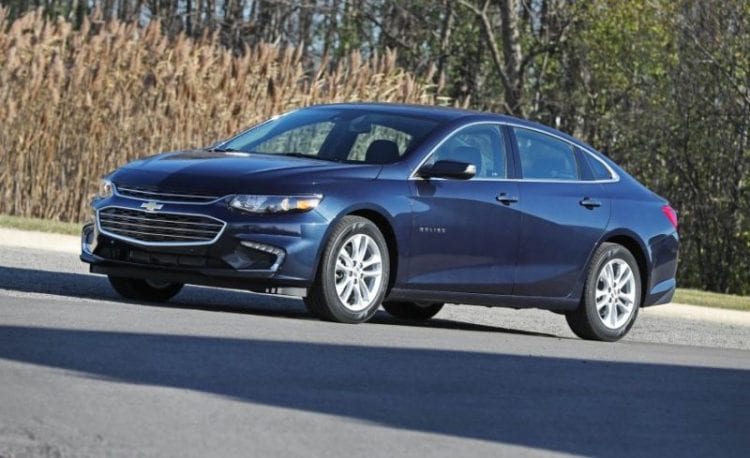 Taking into account that current edition of Malibu offers a broad range of powertrains the changes in this segment won’t even be minimalistic, there aren’t going to be any. The current lineup consists of an in-line four engines with different displacements and outputs. It ranges from 1.5-liter turbo with 160 hp on base L trim to 2.0-liter with 250 hp on Premium trim. These two engines are available with both manual and automatic transmission and front-wheel drive. The only exception is the Premium trim which is available with a nine-speed gearbox. In the end, let’s not forget the hybrid version which is a combination of a 1.8-liter four cylinder engine (122hp) and a pair of electric motors powered by the 1.5-kWh battery.

There is nothing official about the release date of 2018 Chevrolet Malibu, but considering that it will be transferred into this year almost unchanged, the wait might not be too long. At this moment the Michigan-based company is silent, but we expect that the report about new Malibu is going to come our way before the winter. Look up for late October release.

For the end, we left the talk about competitors. The reason why so many people pick SUVs and crossovers might be due to the fact that sedan segment has so many choices and it is hard to pick one. Not counting the main rivals such as 2018 Honda Accord and 2018 Toyota Camry, Malibu needs to fight off smaller fish to stay on top. To be in the top-three of World’s sedans, you need to shake off the models such as 2018 Ford Fusion, 2018 Hyundai Sonata, 2017 KIA Optima, 2017 Mazda 6, 2017 Nissan Altima, 2018 Subaru Legacy, and 2018 Volkswagen Passat.