The legendary Z/28 nameplate first came back in 2013 with the fifth-gen Camaro. The moniker returned to the Camaro brand after a long 46 years and it stayed true to its roots. The original Z/28 vehicle was a track focused beast, and so was the new one. A track-ready version of the road vehicle, the 2018 Chevrolet Camaro Z/28 is able to obliterate most street cars on the track, regardless of price. The reasons for its success were a lower body weight, excellent suspension and a large naturally aspirated V8. The 7:37 minute Nurburgring lap time made it sell out in just the first few months alone, despite the rather large $75,000 asking price at the dealers.

The trend and popularity of the Z/28 died out a little bit in 2015, however when Chevy had to actually offer large discounts (up to $4,000) just to get the latest vehicles sold. 2015 also saw a brand new Camaro however, and even before it launched enthusiasts have been asking for the Z/28 version of that. It’s edging closer and closer to production but it’s still not there. It’s expected to be unveiled properly in mid-2017, so in about a year’s time, and to go on sale a few months after that. First, there were cool renderings, then spy shots of the new Z/28 being put through its paces at the Nurburgring, the benchmark for all performance vehicles.

The exterior was obviously camouflaged so there’s not a lot to go on, but we can say a few things about it. First of all, it’s still based on the Camaro but it does have unique Z/28 only parts which will enable it to go faster. A lot faster. Chevrolet seems to be making the new Z/28 a lot more aggressive than the old one. If they are to stand any sort of chance against the new breed of track-ready vehicles (Ford Mustang Shelby GT350R, BMW M4 GTS, and Porsche 911 GT3 RS) they might as well do it. 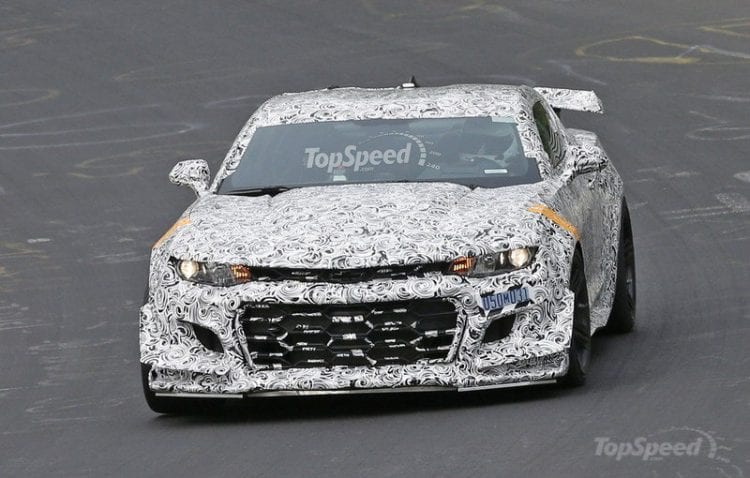 At the front, we see a lower grille, which is also larger by the way, and headlights which are shared with the ZL1. The similarities stop there. The sides of the grille are filled up with two large and aggressive aero winglets which do seem to provide actual downforce. The big splitter at the bottom further increases the downforce as do the side splitters at the rocker panels.

This isn’t just for show, this stuff is actually functional and useful. The large heat extractor from the ZL1 is absent on the Z/28. That’s probably due to the fact that the Z/28 will be naturally aspirated so the big scoop for the supercharger isn’t necessary. This also reduces the amount of cooling needed but despite that the Z/28 still has a heat extractor about halfway up the power dome. 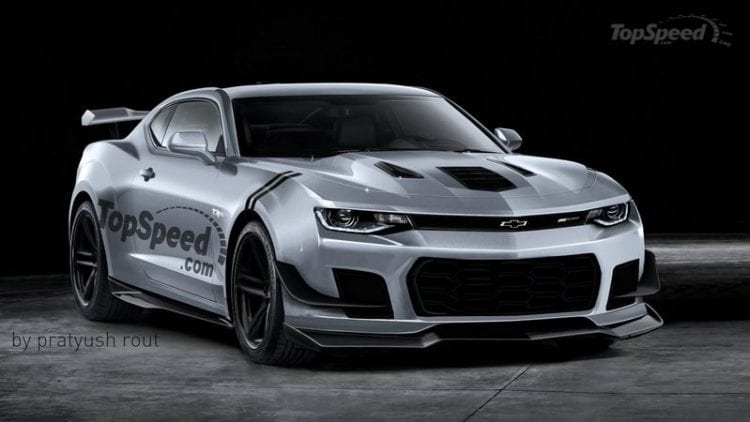 The back is where it gets ridiculous. The massive wing positioned on the trunk is held by three support brackets and it seems to be adjustable. We obviously have no idea how much downforce the wing is able to create or indeed, how much downforce the entire car we have, but we can say this: the Camaro looks ready to abominate its previous record at the Nurburgring. The rear wing alone is reassuring that this Camaro’s tires will keep contact with the tarmac at all times.

The last Z/28 had some of the biggest tires ever fitted to a road going vehicle (production anyway). The fronts were actually the widest tires at the time, and the new Camaro aims to equal or top that figure. We can expect a square stance of anything from 305 section tires to 325 section ones. The wheel design is a five-spoke with a split-spoke, but it could just be a pre-production wheel.

The interior will likely be well designed, but just like in most track-focused vehicles, minimalistic and basic at best. That’s not to say bad, however. Most of the track oriented vehicles come with all the necessities like A/C and radio and even if they don’t, you can opt to have them reinstalled at no cost by the manufacturer when purchasing the vehicle.

If the last gen Camaro Z/28 is anything to go by, then the new one will have a great interior. Don’t expect it to be up there with the 911 GT3 RS, the M4 GTS or even the GT350R for that matter, but we have a feeling it will be close. The point of the Camaro is speed and performance, not interior features, and in that regard, the Z/28 does an amazing job. 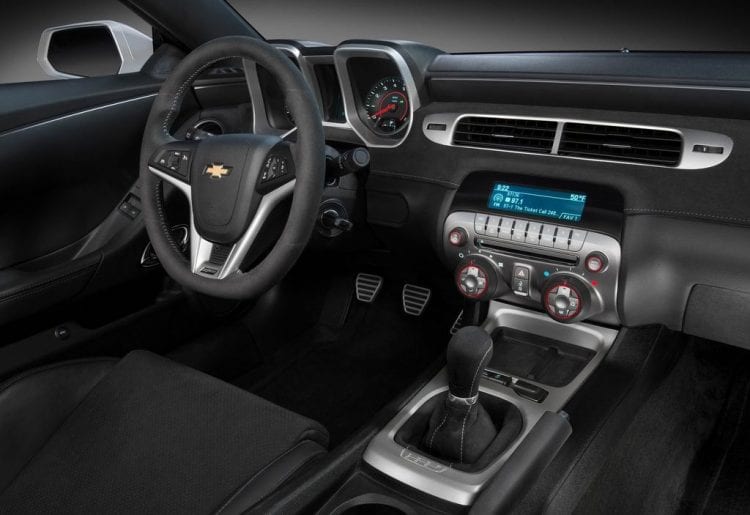 We’re still uncertain of what lies under the hood of the Z/28 but forums suggest it’s the LT1 from the Corvette Grand Sport. If you remember the Grand Sport, you’re aware that that’s basically the same engine from the Z06 albeit it’s naturally aspirated. It had the same drive components as the Z06 but at a price between the C7 and the Z06. Nobody likes to have their muscle car compete with their all-out sports car, so we really think the Z/28 won’t utilize anything from the Z06 directly. 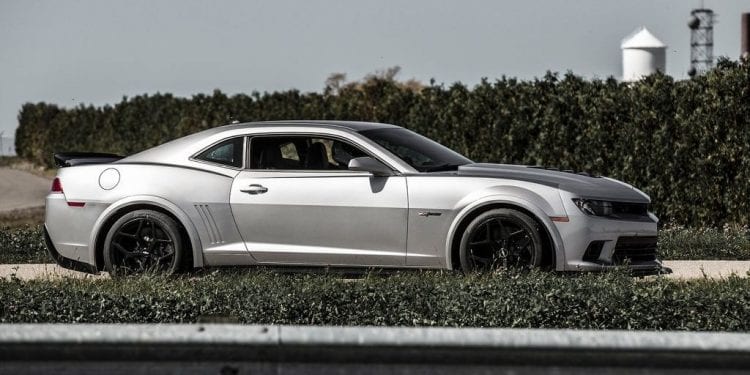 The LT1 is looking like the most obvious choice more and more each day. Of course, this is a track vehicle and Chevy can’t leave it just that. Expect power figure bumps thanks to hotter camshafts, a free-flowing exhaust, cold air induction and a remapped ECU. It will surely top the last gen Z/28’s 505 horsepower but the question is by how much. We’ve yet to figure that out, but if there’s one thing for sure it’s that the Z/28 will remain naturally aspirated.

You’ll get two transmission options: a six-speed manual and a 10-speed auto, lifted straight from the ZL1. If you want driving enjoyment and involvement you should go for the manual, as it offers the best connection with the car. If you want to take it to tracks (what it’s designed to do), you’ll probably be better off with the much faster automatic.