Let’s say that Buick future is kinda complicated right now. PSA just bought Opel, and let’s just state that American brand leaned heavily on it. Take a look at the current lineup, as Encore is Opel Mokka X, Cascada is, well, Cascada, Regal is Insignia and Verano is visually modified, Astra. That leaves us with Chinese made Envision and US made Enclave and LaCrosse. Envision is the main clue for the future, as believe it or not, after Chevrolet, Buick is best seller within GM. It sold almost one and a half million vehicles last year, but most of them ended up in China, as domestic market hardly throw over 200,000 mark during the previous year. Before Chinese SAIC-GM joint venture starts to bring more models to the US, let’s pay attention to one of the last connections with Opel as 2018 Buick Regal TourX has just arrived.

Station wagons are playing a hard game of survival in the US for quite a time. In the Europe, they are flourishing as always. The previous generation of Insignia came in estate version as usual, but it also came as special Country Tourer model. 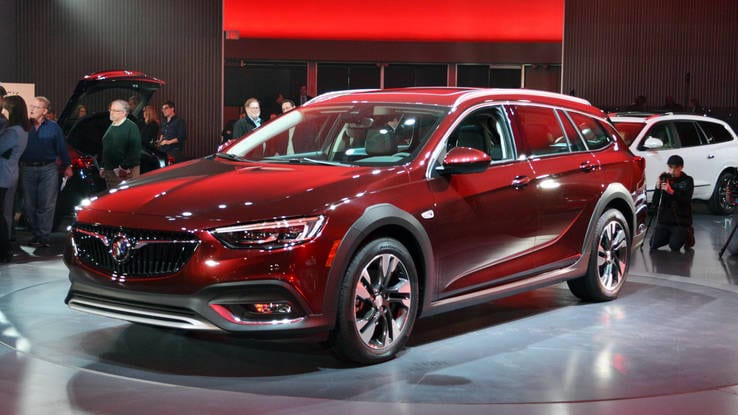 In short Country Tourer was station wagon garnished with SUV bits such as plastic moldings, skid plates, raised clearance and mandatory AWD system. Naturally, that version never traveled to the other side of the ocean as Regal existed only in sedan shape. GM rethought the whole thing now as the newest generation of Insignia Country Tourer found its way across the pond and arrived under Buick badge.

Let’s just admit that this type of vehicle does have special charisma. It turns boring wagon shape to something quite more interesting, and AWD system allows capabilities of regular crossovers. But when you try to compare it to the CUVs you’ll agree that it is lighter, nimbler, far better behaved in corners and less fuel consuming. 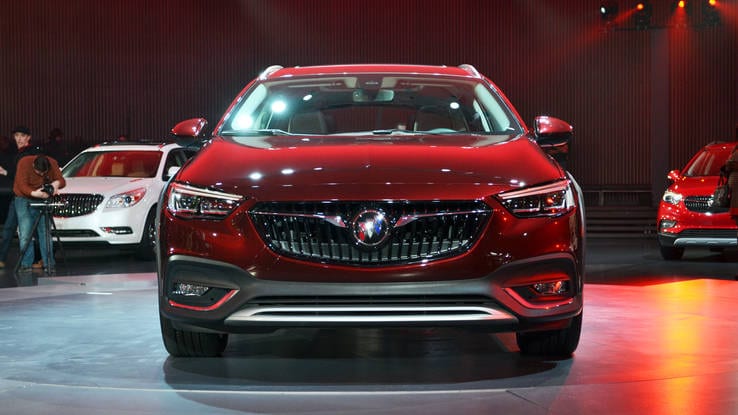 So, they are the very compelling choice against crossovers, and that is something well known by Audi which offers its Allroad models for some time, and that also counts for Subaru and Outback. Volvo is also in the game with Cross Country, VW with Alltrack and Mercedes recently joined with All-Terrain, but not yet in this segment.

Well for a start it is quite lengthy, 196.3 inches to be exact which is by 7 inches more than Outback, and far more than Audi A4 Allroad or Volvo V60 Cross Country. Visually it is absolutely the same as Insignia, apart from badges, a different grille and new found Regal elegance, which is over simple in the case of a sedan or regular wagon, came as a quite alluring thing in this version decorated with all SUV-ish bits and pieces. The cabin is normally the same as in the case of sedan version, while the boot is not. 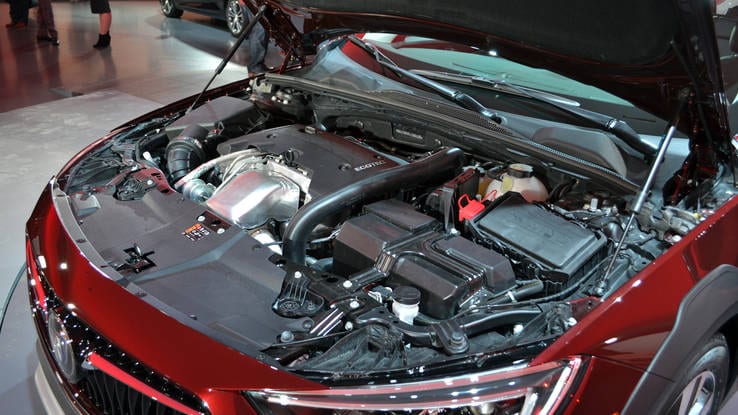 It can carry 33 cu ft of stuff in normal configuration, but when you fold rear seats, it can house enormous 74 cu ft of your things. Power comes from 2.0-liter turbocharged I4 petrol engine boosting 250 hp and 260 lb-ft of torque, but note that this version is heavier by several hundred pounds compared to the sedan. Since it comes with AWD, currently it is paired with 8-speed automatic, but it is destined to switch to 9-speed unit that at this moment comes with FWD versions of Regal. AWD is same as it is with the sedan, based on Twinster system for the rear axle, which utilizes two clutches, mimic the work of LSD while also being capable of torque vectoring.

You maybe saw that we weren’t especially kind to the newest Regal when “should you?” part of the text is concerned. But 2018 Buick Regal TourX is a kind of different story. Buick maybe want’s to use it against A4 Allroad and V60 Cross Country, but that is over stretching. Priced around $35k, it is more intended for more powerful versions of Outback and Passat Alltrack. Rivals are far less numerous compared to the sedan case, and we do think that this Buick actually has a decent chance, not for high sale numbers, as none of the competitors is reaching them besides Subaru, but placing itself nicely between opponents is quite possible.