We covered the story about the revelation of latest Insignia in Europe, and now it’s time for the US. As you probably know, Insignia will turn to Regal over there, and Opel badge will give space to Buick one. Buick is premium or luxury brand poised at the German and Japanese trio, but let’s say that pricing is more tolerable. If we want to be honest, Regal is Insignia, and Insignia is not by far intended to rival Merc, BMW, Audi, Volvo, Alfa or Jaguar in Europe, as it doesn’t belong to the luxury part of the equation. It rivals Mondeo, Talisman, Passat and similar, both in price and level of luxury.

In an effort not to make this total trickery Buick set the price at around $28k which is less by $6k minimum from other participants in the entry-level luxury segment. That is still far above regular mid-size offer, but Regal does come with a quite powerful powertrain, shrinking that difference to nothing. So, let’s see what does 2018 Buick Regal Sportback has to offer. 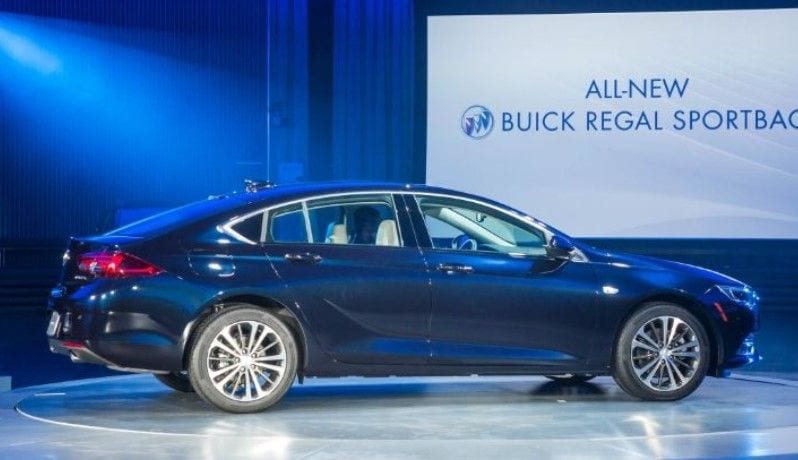 GM turned the page with the design in this case, and we see less complexity and more elegance. Visual differences from the Insignia are minor coming down to Buick badges and grille with vertical slats instead of horizontal ones. The overall shape of the car is quite attractive, due to the sloping roof and fastback body form in resemblance to Audi A5 Sportback offer. We had already that type of body with previous generations, but we should state it is a sleeker solution now.

That shape is the main thing with it, as the whole design is quite restrained, a similar recipe that GM already used on latest Malibu. In the end, if you are for something more visual arousing, you should maybe avoid it.

When last generation Regal was redesigned, the whole idea of the sea of buttons was dropped. This version took things even further, as big screen dominates the cabin while being followed only by necessary buttons. That screen is 7-inch in standard trim, while in higher ones it grows by one inch. It displays Intellilink infotainment system found in all GM products, aside Cadillac which uses CUE. Holden and Chevrolet have the same system named MyLink, and it is one of the easiest systems to use, highly praised by buyers.

The whole design of the interior is classy, but again in a restrained way. You may spice it up with nice color schemes and digital instruments in higher equipment packages. The wheelbase of the car is stretched by 3.6 inches, making decent breathing room at the back contrary to before. Cargo space is at astonishing 61 cu ft when everything is folded, but sadly, packed rear seats don’t provide a flat surface.

Here we have 2.0-liter turbocharged I4 delivering 250 hp and 260 lb-ft of torque mated to the 9-speed automatic. This shows us that Regal is somewhat priced as Camry, Fusion, and rest of the lot if you are for that kind of power. The base model comes with FWD while in higher echelons you can opt for AWD. Mentioned AWD uses Twinster system, also used by Ford, Lincoln and Land Rover in some models, which basically acts as Limited Slip Diff but using two clutches instead.

The same setup also allows torque vectoring on the rear axle, so whole cornering thing is quite improved. Interestingly if you opt for power to all wheels, you’ll have to settle with 8-speed automatic, but that is soon going to change, and 9-speed gearbox will be also available in this case. 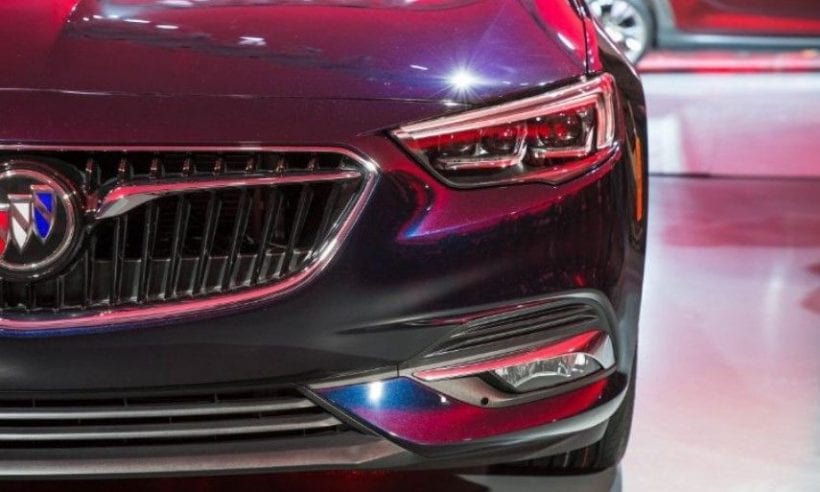 2018 Buick Regal Sportback SHOULD YOU?

2018 Buick Regal Sportback is a step forward from the previous model. It brings higher elegance overall, more quality and refinement on the inside, and we shouldn’t argue with decent power figure from four cylinder engine. Also, it got clever AWD, but despite being a decent package, it has nothing to draw you directly to it. It’s not enough upscaled for regular luxury competition, leaving it to fight top offers from the regular mid-size segment.

Americas beloved Camry and Accord both offer cherished V6s, while Nissan Altima is quite more visually exciting. Ford Fusion and Mazda 6 both have better driving manners, while Passat and Legacy also offer clever AWD systems. That is why we predict that sales figures are about to stay at lower levels as it was before.