Ever since the all-new Acadia has been released, rumors started floating around about an all-new 2017 Buick Enclave. So far Buick hasn’t said much about the successor of the Enclave. Luckily, though, they did say that the car should be showcased sometime around the mid of 2017. The production model of the car should follow shortly after that with introduction and deliveries starting before the end of the next year. The current generation is very good and offers a lot as a quiet, comfortable seven-seat crossover. However, it is very heavy, not that efficient and very slow by modern standards. In contrast, the all-new Acadia, which is using the same platform as the upcoming Enclave, is nearly 1,000 pounds lighter than before.

The Buick is going to be slightly heavier, but it should still be able to get down to around 4,400 pounds, more than 600 pounds better than before. This massive weight loss coupled with new engines, likely a new running gear, as well as a bunch of other improvements, should make the car much better to drive. Performances, handling, and efficiency is expected to be greatly improved and by looking at the competition and market conditions this was needed. When it hits the market in late 2017, its price should still hover around $40,000. Here it will face quite a bit of competition from the all-new CX-9 and even from its corporate sibling.

Luckily, though, the upcoming Buick Enclave 2018 is not only going to be more expensive, this won’t be its only difference, but also it is going to be better equipped than most three-row crossovers out there. Firstly, the materials inside the cabin will be on the same level with those on the upcoming Continental, and we have high expectations for it. This means that the car will feature, on the top end models, quilted leather, real aluminum and wood accents, Alcantara and a minimal amount of plastic. 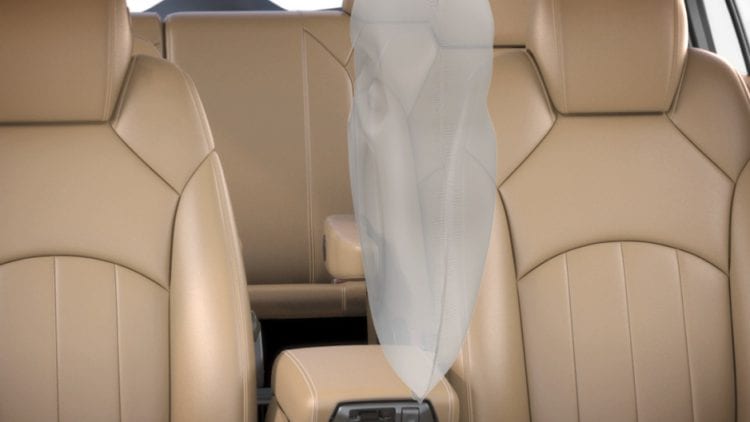 All of these are surely going to make it a true premium vehicle. An interesting rumor about the upcoming Enclave is that the car might get smaller. You would think that in the process it will also offer less interior space. However, considering the Acadia, we do hope that Buick will also manage to provide just as much space as before. The only real drawback will likely be the trunk which may shrink slightly but still offer enough room for most people.

The current model is more of a love/hate car. It doesn’t look particularly outstanding in any way, but it is lovable. The all new version, on the other hand, is expected to be different and capable of attracting a larger number of potential buyers. As we all know, Buick adopted an all-new design scheme for the Continental which should be carried over on their other models in the lineup.

We expect a more muscular design than before with less rounded corners. Also, the car will be slightly smaller and possibly more aggressive as well with its high stance. All of these should make for a better car than before, but some of its older customers might not like it. The overall impression is that Buick did a great job, and we are eager to test it out. 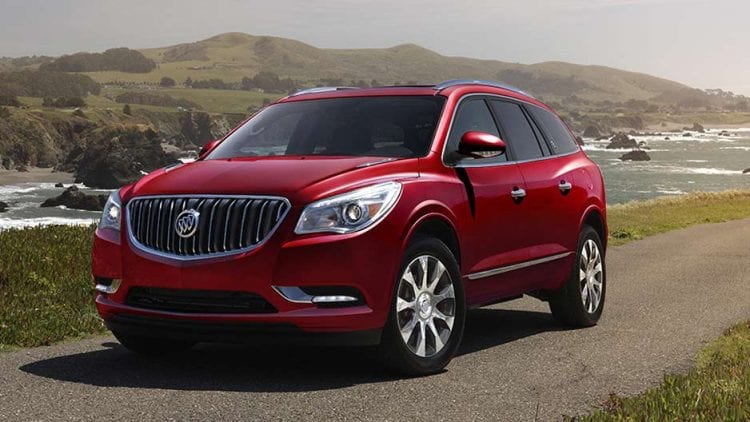 To move the improved and lightened car, it seems that Buick will go for a turbocharged engine. The current car is using a large 3.6-liter V6, which is average but nothing more. The future 2018 Buick Enclave, on the other hand, is expected to come with a single 3.0-liter twin-turbocharged V6 petrol engine. This is different than the Acadia, which is still using a naturally aspirated powertrain.

The 3.0-liter unit in the upcoming Enclave should be good for up to 300 horsepower and around 330 lb-ft of torque which is considerably more than before. Depending on the decision we also expect to see the most powerful version of this engine. A 9-speed automatic is the transmission of choice and is going to be used as standard on the new model while front wheel drive version is still going to be offered.

Thanks to the new powertrain, the car should now easily hit up to 28 MPG, or more, on the highway. This would be a massive improvement over the 22 MPG of the older model. On top of that, the 0 to 60 MPH time is expected to drop from 7.9 to around 6 seconds or less which would be great and place it in the top of the segment when looking the performances!

While we wait for the new model take a look at the 2016 Buick Enclave.