Buick is currently strong seller within GM’s group, but only slightly more than 10 percent of its sales ends up in America. That means it is a huge thing in China, but nevertheless, some models manage to pull decent sales in the US also. Interestingly, in a couple of last years, Enclave was sold in higher numbers compared to the numbers from first three years after introduction, probably giving us a clue why Buick kept it on the market for a decade. Anyway, the new generation is here and let’s see what 2018 Buick Enclave brought for us.

Outgoing Enclave was a looker, and it is even appealing today standing next to its rivals, and that was one the facts that pushed the sale figures even after such a long life span. Curvy, seductive shape with enhanced hips is still present with the new model, but front and rear lights choose visibly leaner and more aggressive appearance. 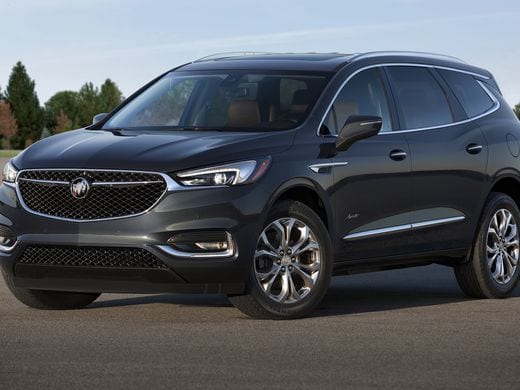 This approach diminished the bloated look of the predecessor, but somehow, that was part of its unique appeal in the past. While new generation appears fresh and modern, it isn’t as good looking as the predecessor when it was introduced. Still, both of its siblings Traverse and Acadia went with more angular and rugged design language, though GMC moved in that direction already with a refresh of the previous generation, while new Enclave found the middle path for now, as we see.

Buick never had problems to charm with its interiors. The shape of the dash is in obvious resemblance with new Regal, but the whole thing is pushed one step above in elegance and sophistication. If you are into luxury interior feel in mainstream mid-size SUV than this vehicle remains as the first choice, and standard equipment solidifies that statement. 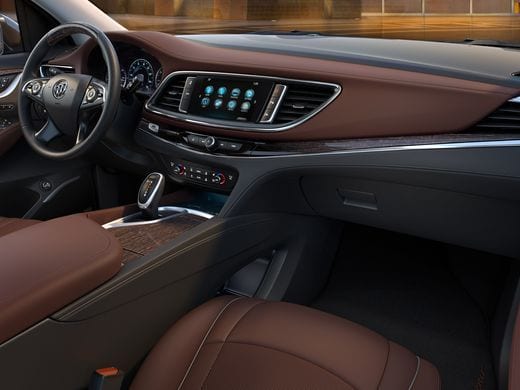 As always Enclave uses same things under the skin as other mid-size SUV offerings from GM. We still have only one engine choice, and that is the 3.6-liter naturally aspirated V6 delivering 302 hp and 260 lb-ft of torque, which is a slight rise of around 10 hp and lb-ft compared to the outgoing model, so acceleration time shouldn’t differ much from current 7.3 seconds. Both Traverse and Acadia use the same V6, but they also come with the smaller I4 engine, which is not going to happen for Buick due to its upmarket intentions. A 6-speed automatic is replaced with the new 9-speed unit, AWD stays as an option while towing capacity rose by 500 pounds to 5,000 pounds in total. Fuel efficiency has also been improved for AWD model by two mpg, and currently, it is at 17 mpg city and 24 mpg highway.

LUXURY SIDE OF IT

Buick positioned itself quite uniquely on the market. It is not mainstream brand and not yet enough premium to rival usual luxury competitors. It stands in the middle, both in price and luxury offer and it did a better job of people recognizing that than GMC, which lays low in every aspect. But there is something special that GMC had, while Buick was lacking and that would be Denali. Finally, Buick gets its “special” trim, named Avenir, and considering that 90 percent of buyers in the past went with fully equipped Enclave, Avenir is certainly going to be a seller. 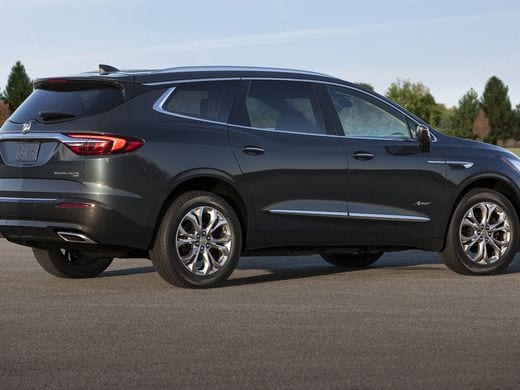 The list of standard equipment includes navigation, heated and ventilated front seats, sunroof, a 360-degree camera system, and rearview mirror capable of displaying image from the rear camera, the thing found in Cadillac CT6, while you can opt for adaptive dampers for the first time and only in this trim. Besides that, it has its special visual touches as the meshed grille and unique 20-inch alloys, black and brown interior with contrast stitching and wood inserts for the steering wheel.

2018 Buick Enclave starting price should remain at $40k which is ten grand more than the usual competition, but you’ll start with V6 and a higher dose of luxury. It is not maybe so visually alluring as before, but its cabin with luxury, quietness, and refinement, will leave rivals lagging behind and finally it got its own Denali if you really want to make it special. If you are seeking for more luxury than in usual mid-size SUV, but without the desire to cash out at least $20k extra for a premium badge, this is the thing to go for.