Ultimate full-size luxury SUV segment proves very rewarding in some markets when it comes to sale results. It is a quite unpopulated segment in Europe with only Mercedes GLS and Range Rover being its occupants, apart from more rugged offer painted in Toyota Land Cruiser V8, but nobody could argue their decent sales figures. Recently Bentley entered the game, but due to its price tag, it stands alone for now in separate echelon, at least until Lambo introduces its long-awaited Urus and Rolls brings its competitor, the Cullinan.

On the other hand in the USA, the segment in question was pretty much always flourishing with much more players such as Cadillac Escalade, Lincoln Navigator, Lexus LX and Infinity QX80 as premium offer and even more things as more mainstream choices, including Toyota Sequoia, Nissan Armada, GMC Yukon, Chevy Tahoe and Ford Explorer. Mercedes is occupying the segment for more than a decade, Land Rover for almost five decades, Audi is talking about joining the game, so BMW must follow and it will with 2018 BMW X7.

It is future top offer in Munich’s SUV lineup and the largest one that BMW has ever produced. It will be bigger, pricier and more luxurious than X5 and ready to strike on GLS and Range Rover on old continent and quite a few other on American soil, where it is going to be built in Spartanburg plant located in South Carolina. 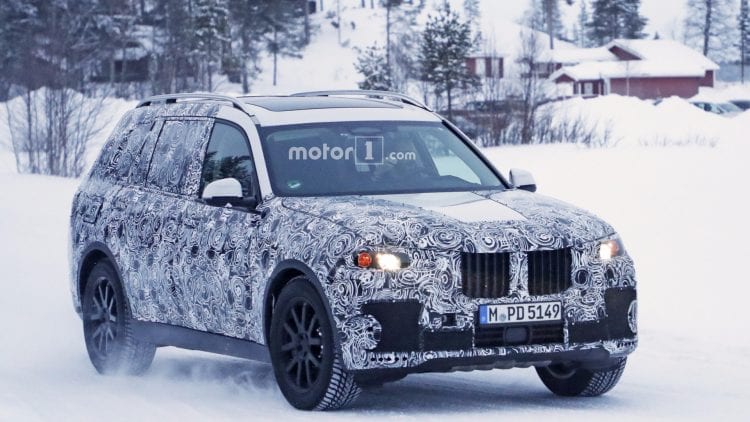 The main goal of this vehicle is to hit US and China market since those are the ones that nurture big numbers for the segment, but it is also going to be offered in Europe.

Not too many details are available at this point, but some things are certain. X7 is supposed to represent 7 Series in crossover body with an additional row of seating, so BMW’s latest technology and ultimate luxury are to be expected. 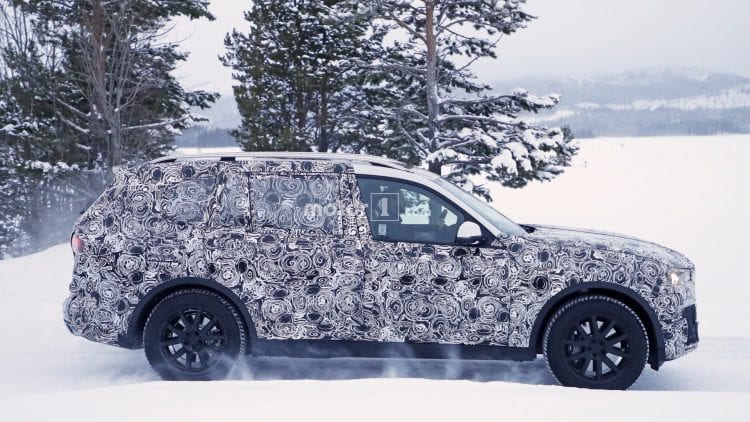 Robertson, one of the brand’s executives, stated that it should come in mainstream version, but also in top luxury one. This could imply that it might also pose as a rival to future GLS Maybach as a separated version of X7, or it could just signify that it will offer top luxury in its higher trims staying within the regular one like it is the case with Range Rover long wheelbase SV Autobiography model.

X7 is going to borrow X5 platform, which is about to be extended to serve its new purpose. Since it is supposed to fill segment above, BMW has promised that beside generally the same underpinnings X7 is going to substantially differentiate from a smaller sibling, as many parts are going to receive special treatment for the new model in question. 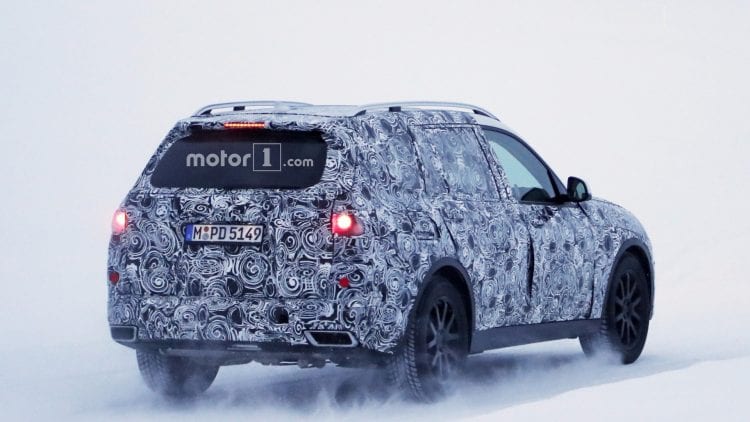 Engine lineup is mainly going to coincide with one in X5, as offer there is nearly perfect, but certainly, skipping 25d 2.0-liter diesel version, as four cylinder is highly inappropriate for the class in question. That leaves us with 3.0d, 40d and 50d as diesel options or 35i and 50i as petrol options, all ranging from 258 hp in 30d to 450 horses in 50i, while powertrain offer might also include the same hybrid setup from current X5.

Photos of test mule are not revealing much due to the heavy camouflage, but more classic SUV shape is apparent. It will not appear energetic and dynamic as X5 is, rather more conventionally styled, with emphasis on dimensions and luxury.

It is still BMW, so boxy look is not on the menu, as it is supposed to be more complexly designed at the back than Escalade or Navigator, closer to GLS or Range Rover. For anything more we will have to wait for some time as 2018 BMW X7 is not going to hit the streets before well in the 2018 year.