There is hardly anyone not familiar with 5 Series in its M outfit, or should we say hottest executive saloon in the world. The story began in 1985 when the second generation took the chassis from 535i model, while M1 supercar donated the engine. That was the fastest production sedan in the world at that time, and that was the moment when the legend was conceived. The current generation of 5 Series has just been revealed in October last year, and we all know that 2018 BMW M5 is on the way. 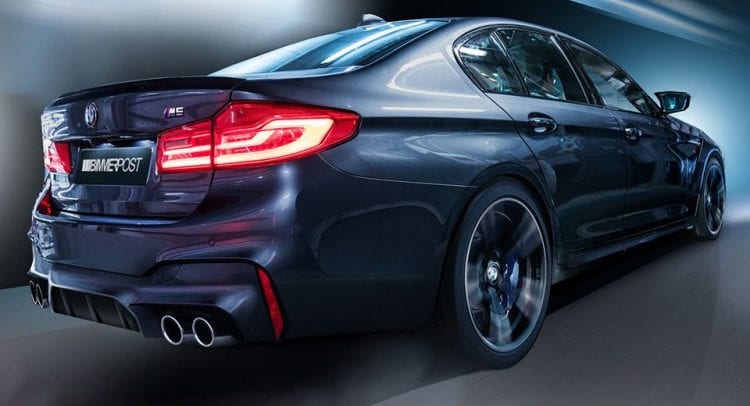 The current generation of 5 Series was unveiled a couple of months ago, and we all know that future M version will follow soon. Imagination went wild when CAD images that leaked last year showing what is supposed to be an appearance of the next M5 model. Before that, renderings of possible design were circling the internet, but none of those was supported by facts. Leaked images changed that, and new rendering from Bimmerpost lean heavily on them, presenting to us what truly could materialize most likely at the Frankfurt Motor Show in September this year.

From the start, the new generation of 5 Series is much sleeker, more athletic and more sporty per se, and that means that we are about to welcome much hotter looking M version. Both leaked images and rendering promise much wider rear bumper and more aggressive diffuser than the one from the outgoing model, together with deck lid spoiler. Aggressiveness doesn’t stop there as CAD image shows that front fascia is going to feature front bumper treated with larger air intakes and overall more angular approach to styling. 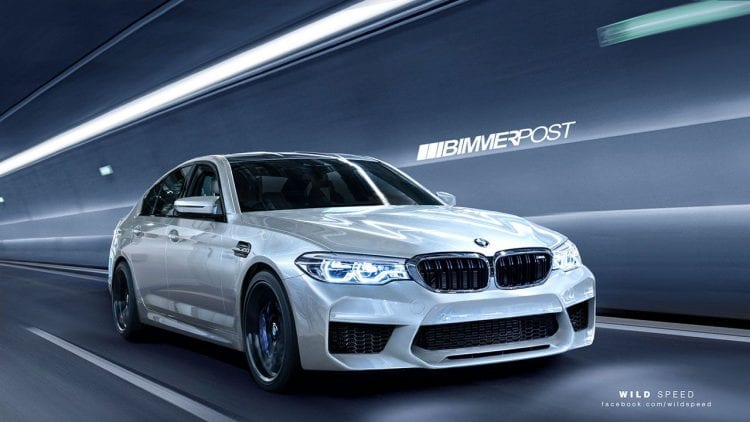 We mentioned that first M5 was the fastest sedan in the world in its time, and the main thing to thanks to is the 3.5-liter I6 engine taken from M1 and then modified to boost 311 hp, making possible acceleration to 60 mph in just 7.3 seconds. That was mindblowing at the given time. Current M5 carries 4.4-liter V8 delivering 560 hp, taking 3.7 seconds to 60 mph, which is far from outstanding in these times, as it was at the beginning.

You see, Dodge Charger Hellcat has 707 horses, it does it in 3.4 seconds, while new Mercedes AMG E63 S took it even further with 3.3 seconds. One interesting thing would be the fact that new 550i model rated at 456 hp takes only 4 seconds to 60 mph, mostly due to the lighter body, which is not so far from current M5. If we know that new one will utilize the same body, we have the recipe for success.

Same twin-turbocharged 4.4-liter V8 remains of course, but in this case, it should go above 600 hp, as Merc already did by 12 hp, while Charger is whole another world. Rumors were suggesting a new 0-60 time of 3.5 seconds, which would stay, in that case, below mentioned competition, so it is left to be seen. 2018 BMW M5 is going to be the first M model, that is not SUV, available with AWD option, which should definitely help with putting all that power to the tarmac in most efficient manner.

No word has ever been said about M5 Touring model as Munich, I guess, is not even considering that option, besides Stuttgart is offering it, while Ingolstadt is sticking solely to that shape. 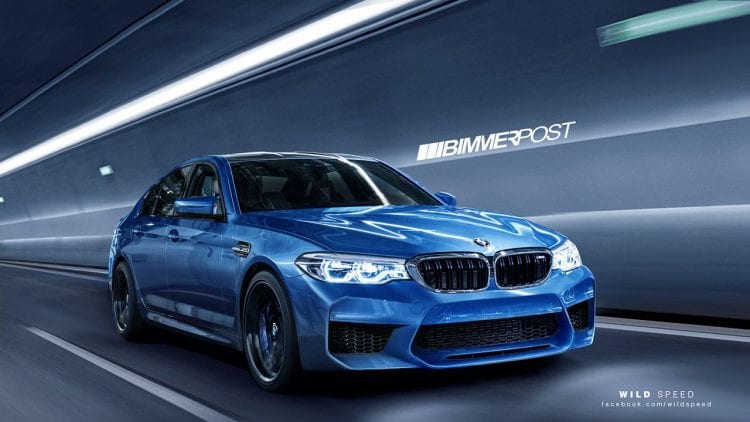