In 2013 BMW decided to separate coupe and cabriolet version of 3 Series and new 4 Series was born. New model brought much more athletic shape of the body and up-scaled interior, but as almost four years has passed since introduction, it is time for the facelift which is on the way both for regular and M-powered version. But there is also one more interesting novelty roaming down the public roads in the camouflaged state, and that would be the 2018 BMW M4 CS. 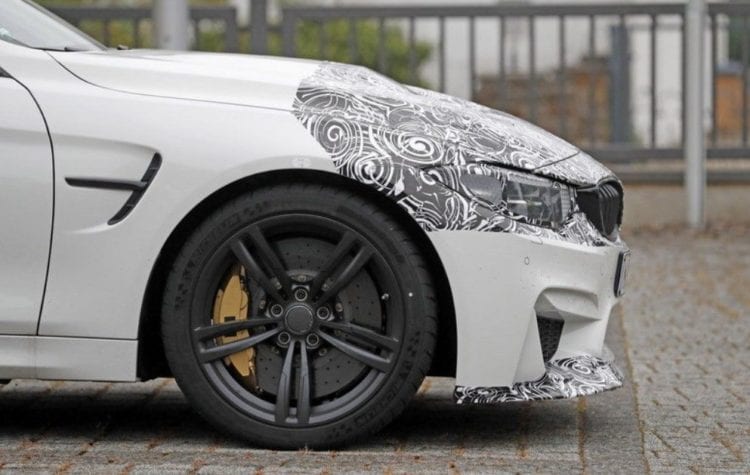 CS designation was first used for 2000 CS coupe introduced in 1965 and later for successors 2800 CS 1968, 3.0 CS in 1971 and finally 2.5 CS from 1974. In the meantime in 1972 3.0 CS model spawned in CSL version which was homologated for European Turing Car Championship and is remembered as the biggest icon of BMW racing cars. CS or CSL designation hasn’t been used for years by Germans and finally in 2004 was resurrected with the limited edition of M3 CSL coupe, which was ferociously fast with a much lighter body and more power than regular M3.

BMW again revived the memories in 2015 with 3.0 CSL Hommage concept car which was there to honor the history, with no intention to enter production. And finally, we come to present time as another CS badge is preparing to hit the streets.

WHAT IT WILL BE NOW

M4 CS that is on the way, and it is going to be a model that should slot between regular M4 and track oriented GTS. It’s not going to be called CSL because “L” stands for light and the new model is not going to be lighter than regular since that job was properly done by GTS version. It should also be limited version as GTS was. Since refresh of M4 is scheduled for July 2017, CS could come shortly after that, expect to see it during the same year. 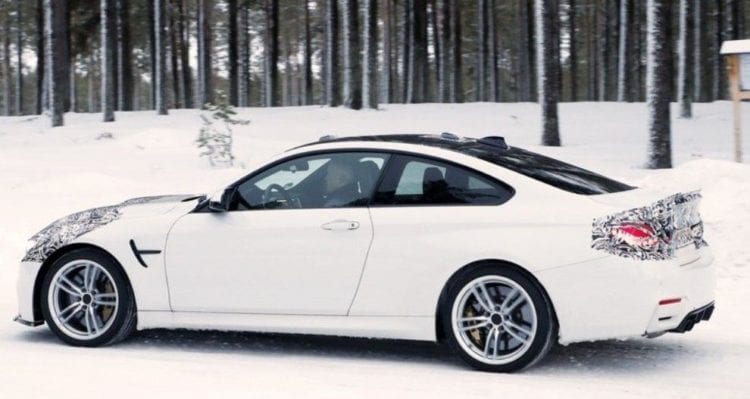 Since GTS is the berserk version, CS would be a rather pumped up version of M4. In that manner, we should expect some meaner styling bits, but nothing excessive. That is also visible from pictures, with the big hood bulge and borrowed front spoiler lip from GTS, while at the rear it acquired racing diffuser from the same source, but decklid spoiler is unique since GTS carries a wing and regular version has one much smaller in dimensions and more discrete. Headlights and taillights are going to be revised in accordance with expected changes for regular 4 version.

On spy shots we see that back alloys are the one from GTS model, although without orange color, and since they were featured in similar shape in 2004 M3 CSL, they will be definitely here too, hiding carbon ceramic brakes. There are no available spy shots of the cabin, but we shouldn’t anticipate anything radical, so presumably roll cage from GTS is out of question same as racing bucket seats, while it will receive things more like special contrast stitching, sport pedals, CS badges and probably some unique trim.

Since it has to slot in between mentioned models, figures are going to be adjusted in accordance to that. The engine will stay the same 3.0-liter L6, but with different power output. Regular M4 is rated at 425 hp, while GTS at 493 hp so the CS will settle in the middle, probably with around 460 hp.

In terms of acceleration times, available space for CS is very narrow, since M4 takes 3.9 seconds to 60 mph, GTS 3.7, so 3.8 seconds is what is left for the model in question. Same goes for top speed wich would be between limited 155 mph and 190 mph of GTS version.

The price tag for 2018 BMW M4 CS is probably going to be inflated by over $10,000 compared to standard M4. The price will also depend on exclusivity in terms of limited production, and that would be its main appeal and reason to be waited for. Also don’t be afraid by rivaling Merc C43 AMG power figures, as a frightening number of over 500 hp in S version allows the exact same acceleration time expected in coming CS model.