BMW 3 Series coupe a convertible became 4 Series in 2013, so logically, meaner version of it became M4. Current M4 in its coupe form was introduced in 2014, and it is time for facelift along with the rest of the 4 Series lineup and 2018 BMW M4 Coupe has just been recently revealed to the public.

Don’t expect much, as usual with Munich. New headlights that we saw on 3 Series made their way here and instead of round LED units we have U-shaped ones now, which brings us closer to rest of the lineup, including 5 and 7 Series. Taillights also have a new layout in LED form and appear more interesting and more modern now. So, there are no huge styling changes and neither there were necessary as it still looks more than just good. Plus, you could play with optional packages and make it even more unique.

Let’s say you opt for Competition Package, you’ll end up with gloss black grille surround, window lines, logos, exhaust tips and astonishing 20-inch alloys. You can also go for M Performance parts and dress some parts in carbon, such as a diffuser, rear spoiler, and mirrors.

Not much of visual changes. New are differently designed M logos embedded in seats while the dash received contrast stitching same as the seats. Infotainment system saw some improvements to bring it closer to the one in 5 Series, while it still remains as one of the best in the industry. Here also you can play with packages and make some neat visual treatments to the interior.

In that manner, if you opt for Carbon Interior Pack you’ll be granted with the Alcantara-wrapped steering wheel and lots of carbon fiber accents that goes great with the nature of the car. 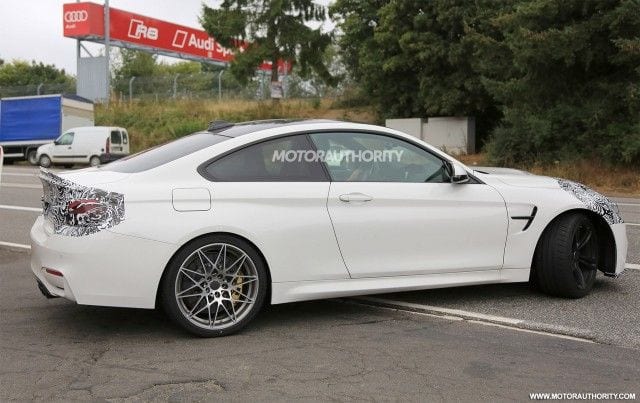 With the introduction of M4, Germans have ditched naturally aspired V8 and went to the realm of turbos. The 3.0-liter I6 have twin-turbo help to breathing, followed by Valvetronic and Double-Vanos meddling with the camshaft and valve timing. New I6 is more powerful than the old V8, precisely by 11 horsepower and 111 pound-feet of torque, delivering in total 425 hp and 406 lb-ft.

For this facelift, it raises that figure by 6 horses, while peak torque remains the same, but if you opt for Competition Package you end up with additional 19 hp more, and that counts for the rush to 60 mph in 4 seconds. Top speed presumably stays at 155 mph which is, of course, limited. As for gearboxes you still have a choice between manual and 7-speed double clutch automatic and quite remarkable fuel efficiency of 32 mpg remains. 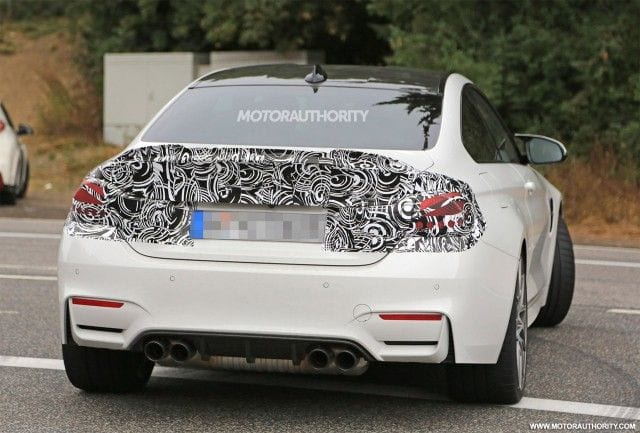 2018 BMW M4 Coupe comes as a facelift for the model that maybe doesn’t need one. That is why changes are more than subtle and rather trying to bring the car up to date with rest of the lineup than trying to change something significantly.

There is slight price jump by £752 in the UK, so starting US price tag of $67,000 should be raised somewhere up to one grand. To sum up, with or without this facelift it stays as one of the most alluring choices in the segment.