BMW is preparing another improvement on its sport-sedan M3 with 2018 MY. Last time when German automaker had something to change on this vehicle was in 2015, so now after two years have passed, they have few more things to add. 2018 BMW M3 will receive a minor facelift to stay toe-to-toe with its M4 sibling.

The only part of the car that will be upgraded is the front end. Besides changes to the front segment, nothing else will be touched. On the photos available we can clearly see new headlights with LED bars above which stretch all the way to the grille. Headlights are also borrowed from M4, and now minus the size, these cars look more similar than ever. There is no information concerning the interior, but hence there is no news we expect it to remain the same as before. 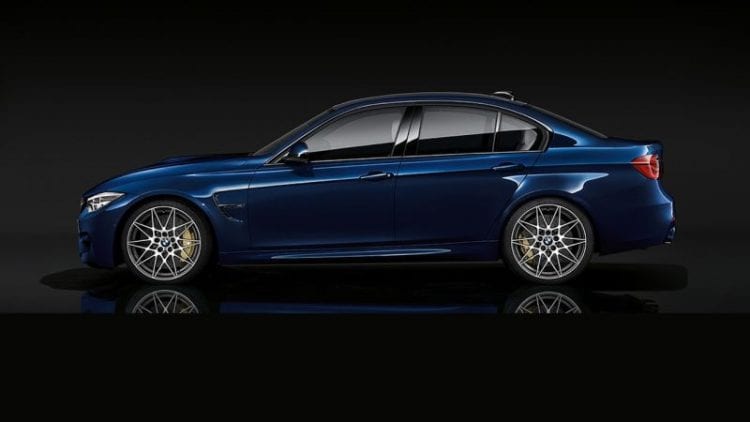 Under the hood, there will be absolutely no changes. As we stated earlier, BMW has concentrated on improving the front end of the new M3, so we expect the powertrain to remain unchanged. The current heart beating under the hood is a 3.0-litre straight six engine which can produce 425 hp and 406 lb-ft of torque. As far as transmission goes 2018 model will be available with six-speed manual and a seven-speed dual clutch automatic gearbox. Same as before there will also be Competition Package on the plate. If you opt for this package six-cylinder mill will be able to produce 444 hp. The sweet improvement which makes M3 sprint 0-60 in 3.9 seconds.

The new version will be on the production line from the end of July with first models coming out of BMW factory can be expected by late August. All of those who would want an M3 before that just has to settle for the ongoing model.

Regarding the price, there won’t be any significant change. The 2018 BMW M3 will come with an only minor facelift as we already mentioned so the price should remain the same. The current edition is available at MSRP of $64,000.

It’s not easy being a sport-sedan these days because of the enormous popularity that comes from great competition. Some of the biggest competitors to the 2018 BMW M3 are 2017 Alfa Romeo Giulia Quadrifoglio, Mercedes-AMG C43, 2017 Cadillac ATS-V, Lexus RC F and 2017 Audi S4. The interesting part about M3 that it has an internal competitor in shape of BMW M4. It truly is a wonder how German car maker manages to sell them both.