BMW formed sub-brand “i” in 2011, dedicated to the production of plug-in hybrids. Quite soon, in 2013, first i3 model hit the streets and one year later came i8, stunning everybody. When the concept was shown in 2009, rarely anybody though that particular shape and style like that could actually enter production and that it was nothing more than just a visual statement.

Yet, i8 hit the streets five years later being way ahead of its time with highly futuristic styling, influenced heavily by the concept. From the beginning, the question of “open” top version remained open, especially since concept in 2012 showed us how that could look like. BMW has been kinda sluggish on that issue, but finally, we have received the confirmation that 2018 BMW I8 Spyder is on the way.

We have totally masked car in the photos, but we shouldn’t mind as only expected change is in the roof area, so let’s focus on that. BMW use soft tops on 2 and 6 Series, while 4 Series and Z4 feature hard ones. The roof on spy photos appears as made of fabric, though we can’t be sure whether it is production version or not. One more thing that is still a mystery is whether the roof is retractable or you’ll have to do it manually, as in Alfa 4C case. 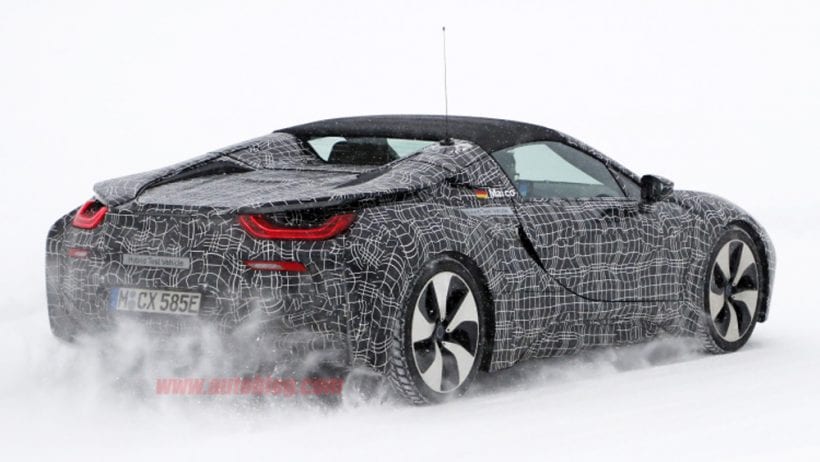 The later option is not common or loved by the buyers, but if space doesn’t allow anything better, and you want to achieve lowest possible weight, on this type of the car that is actually possible and acceptable. Also, there is a possibility that roofless version loses back seats, continuing its story as a roadster. Anyway, what we know is that we will have large and handsome flying buttresses and still sleek and elegant shape as the photos tell us with no doubt.

I8 has put lots of effort into the weight reduction segment, so we have extensive use of carbon fiber reinforced plastic and aluminum all over the body which kept the weight at quite decent 3,300 pounds. 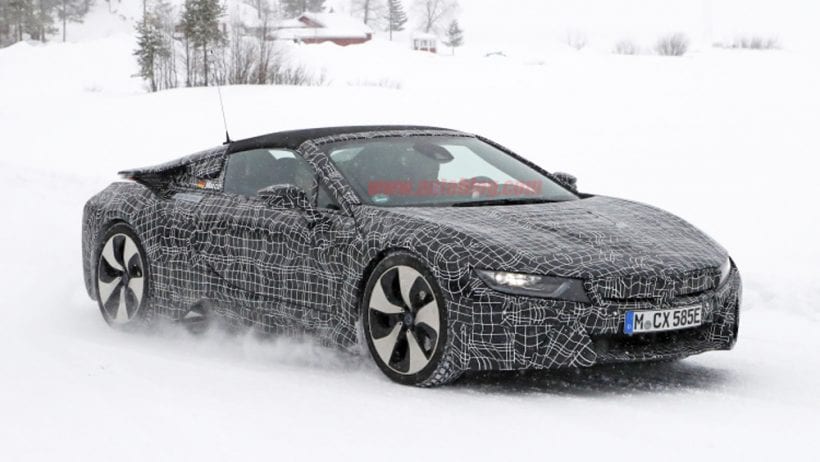 The topless version will use the same body, but like every other cabriolet, it will add some weight due to structural reinforcement, which is a must in case of that type of the car. That will inevitably worsen acceleration figures, along with fuel consumption and electric range, but expect only minor alterations, which could be easily dismissed for the glory of open sky.

We will look what we have in this area at this moment, as the pretty much same thing will happen with cabriolet, with mentioned slight future worsening of the figures. The powertrain consists of 1.5-liter twin-turbo petrol I3 rated at 228 hp and 235 pound-feet of torque and electric motor delivering 129 hp along with 184 lb-ft. Combine them together, and you’ll end up with the final score of 357 horsepower and 420 pound-feet of torque. 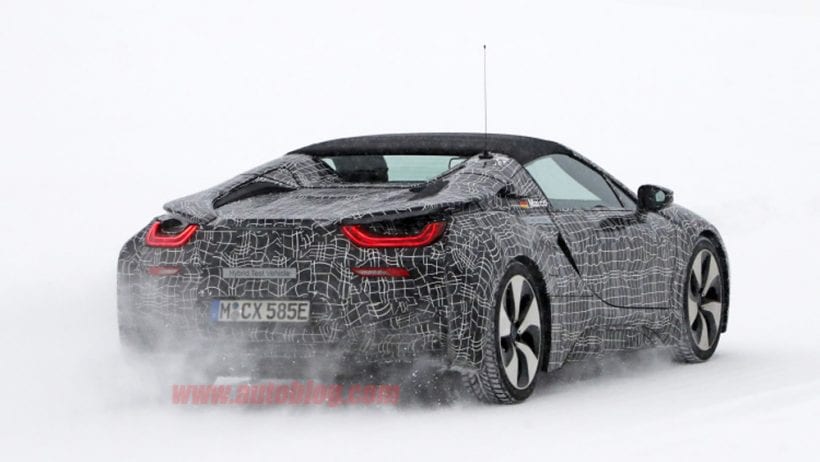 The electric motor is mated to a 2-speed automatic transmission, while petrol engine uses 6-speed one. I8 is capable of returning quite good acceleration time of 4.6 seconds, while top speed is limited to 155 mph. The electric motor is supplied from 7.1 kWh lithium-ion battery, which can be fully charged in only 2.5 hours, while all electric range is around 15 miles with top speed of 75 mph.

Yes. 2018 BMW I8 Spyder is going to be a more alluring side of the i8 model, which is a quite interesting car by itself. The price will be obviously higher, maybe even by $10k, but when you add that to the starting price of $140,000 it doesn’t look so scary anymore. You just have to be patient as its debut is probably scheduled somewhere at the end of this year, while for hitting the streets you will have to wait a little bit longer as it will come during the next year definitely.