2018 BMW 6 Series Convertible – First spy photos! BMW 6 series has always been a special car. Introduced in 1976 and we bet that you will turn your head when you see it today on the street. The first generation production ended in 1989 and after many years of silence second generation came to life in 2003. BMW decided that it is not going to leave it like that again and the third generation followed right after the second, with one extra special delicacy- 6 Gran Coupe.

There is no need for worries as the life span of the third generation is closing to its end because test mules of 2018 BMW 6 Series Convertible are in full swing on public roads. 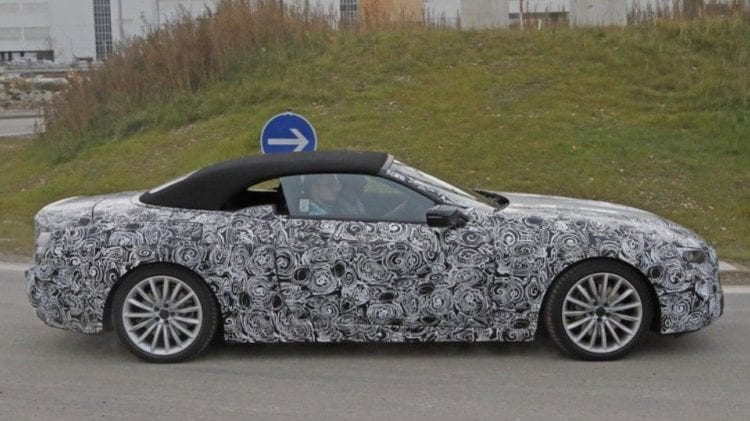 Expect rather an evolution than revolution on the outside. Current generation still looks fresh, so there are not many places for radical changes. Air intakes on front fascia will get a new look, side mirrors will be smaller, kidney grille will be wider, head lights are probably going to be slimmer and more aggressive, and that is pretty much what we can conclude from spy photos about the front of the new model.

The side profile is going to have a rising line of the car as the back end is not going to be in line with hood, rather lifted up a little bit this time. The rear part is going to change most as signature fins of soft top are gone, and more conventional look will take place. For rear lights expects same changes as for front, so size reduction and a healthy dose of aggression.

In the cabin, there is nothing to be said at this point, as nobody had a chance to peek inside test mules, but we really hope that new generation can carry some clues from ultra modern i8 interior.

It will be packed, because it is BMW and because it is very expensive. Expect to see some semi-autonomous features like automatic parking, adaptive cruise control, and emergency braking to keep you safe and advanced navigation system with heads-up display, phone connectivity via Apple CarPlay and USB, and Wi-Fi hotspot to keep you entertained.

The audio system will likely be supplied by Harmon Kardon and impossible to be missed new 6 Series will also get advanced gesture control, just like from the 7 Series and the new 5 Series, and if you are Italian it can cause quite a problem. 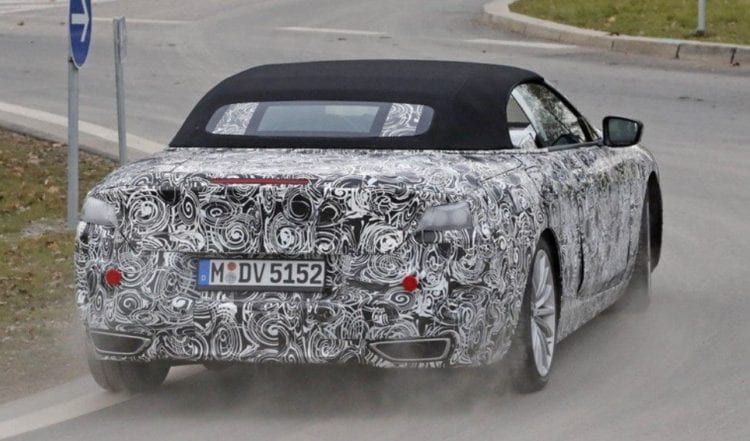 BMW 6 Series is awkwardly priced, and that is said lightly. Entry point would be $85,000, while Merc’s E class coupe and Audi S5 are down below for at least $25k. So if you take base price in consideration, Beamer is just outrageous and incomparable. But there is a trick. If you decide to lavishly check the boxes on the options list, despite starting price, Merc and Audi will catch up with our guy in question.

2018 BMW 6 Series Convertible will be more nip and tuck in terms of cosmetic changes and under the hood it is not going to be subjected to turbulence either, and it doesn’t need it anyway. The problem will still be pretty high price, but that 20,000 buyers a year are possibly all insane, so will leave it to you to decide why you should stretch that extra over the competition.