BMW did something unusual when it offered the coupe version of its 1 Series in 2007. Audi later offered the roofless version of A3 and Merc is offering a four-door coupe version of A class as CLA, but little coupe from BMW is pretty much without direct competition so far. BMW did quite a job there, offering one of its best driving experience thanks to its compact size, which remind us on glorious driving pleasures offered within Munich lineup in past times. The hottest offer, 1 Series M, was nothing short of spectacular on the tarmac, making Porche’s mid-engined sports car, respectively Cayman, blushing upon review of track times. With the second generation introduced in 2013, it became 2 Series, and we just witnessed revised version being transported on public roads in a just light covering of what is supposed to be 2018 BMW 2 Series Coupe.

Don’t expect huge changes as you can see from the amount of camouflage. At the front part only headlights and area around grille are covered, so we should expect some upgrades in those fields. Headlights are going to feature new configuration with included LED daytime running lights, while lenses should go from round ones to more angular, as with current visual trends within brand’s lineup. 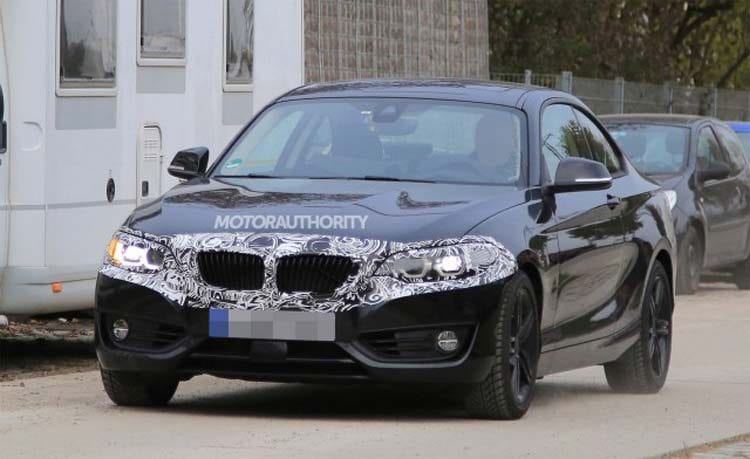 At the rear, we will have new lights again with different layout trying to freshen up looks of this model. As for the cabin, no pictures have surfaced yet, but the German company hasn’t been prone to changes of interiors when a redesign is in question and probably won’t be in this case either. Rather expect some improvements of infotainment system and possibly enrichment of available options within trims. In total this would be the usual type of Munich facelift that we are used to in last decade. 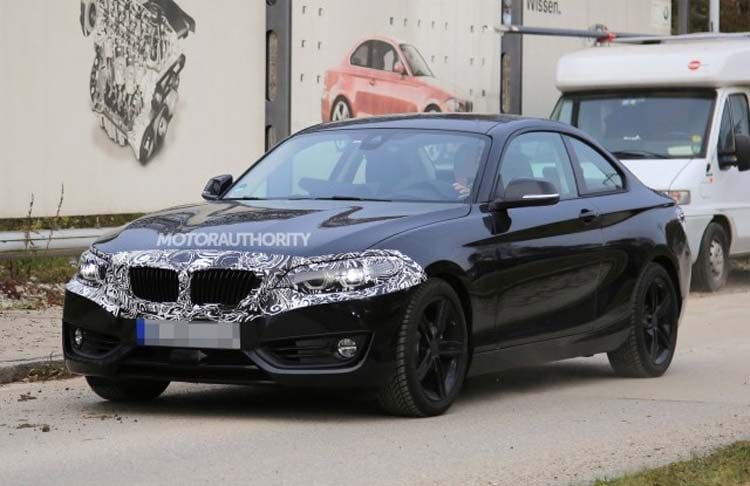 Maybe we should expect some power rise with this refresh, probably around 20 horses extra for both of them. Top choice stays M2 hiding 3.0-liter V-6 under the hood, rated at 365 horsepower and 343 pound-feet of torque, enough to hit 60 mph in just 4.1 seconds and it too might feature some power upgrade. European choice of engines is much wider starting from 136 hp to the mentioned M2, followed by rich diesel offer, beginning from 218d and 143 hp to the 225d delivering 217 horses.

Precise pricing is unknown at the moment, but don’t expect it to rise above thousand dollars for each model. Starting price for 230i is $33,000 while M240i asks for $44,000 if you opt for xDrive AWD be ready to cash out two grand more in each case. 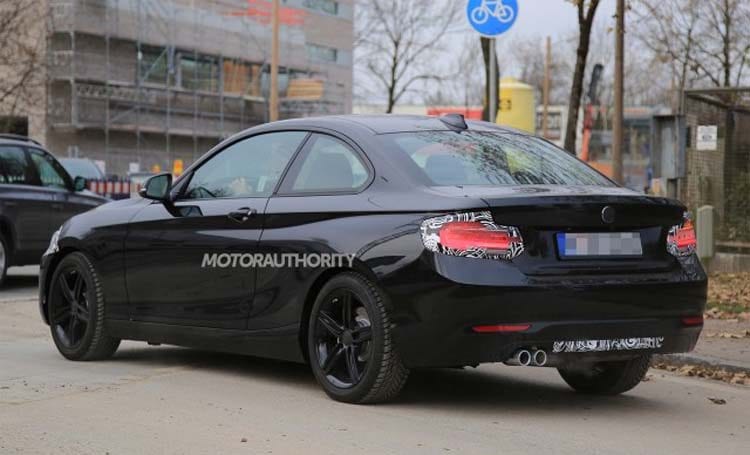 Top choice M2 is around $52,000 and it worth every penny of it. As you can see, there is a great price difference between I4 and V6, and while V6 is whole second faster to 60 mph, we are not sure whether that second is ten grand worth for.

2018 BMW 2 Series Coupe is probably going to be revealed at the end of the current year as 2018 model. It will be a just slightly improved version of the current model, mostly because there is not much to be improved on it. It is still without direct rival, and it’s still with no doubt most entertaining BMW to drive around and all that with one of the cheapest brand’s price tags, making it always worth of waiting for.