Audi introduced the second generation of its compact luxury SUV or Q5 during Paris Motor Show last year. Very soon, this year at Detroit Auto Show Germans launched a hot version of it or 2018 Audi SQ5, so let’s see what is new about it.

New Q5 brought evolutionary styling, and nobody expected anything different, with more serious fascia, due to the new, sharper headlights. S will bring subtle sportier cues, as always, with aluminum trim for grille slats, mirrors housing, rear diffuser, followed by quad tailpipes and bigger alloys. Standard model includes LED treatment for both head and tail lights. The story is the same, and if you are up for business like restrained elegance, this is the place to go.

While exterior moved little from the previous generation, interior made quite a leap forward. Don’t be confused as the previous generation had incredibly well executed one, but when new A4 debuted, the bar was raised higher. With S moniker you’ll get something extra, besides badges, such as flat-bottomed steering wheel, special aluminum or carbon trim, and beautifully bolstered sports seats, which could optionally carry diamond shaped stitching.

You have Audi’s MMI infotainment system supporting Apple CarPlay and Android Auto, full-color heads-up display, and Virtual Cockpit if you check it on the options list. You should check it, as it is the biggest technology thing with most of new Audis and in SQ5 you’ll get unique Sport layout featuring boost indicator and lap timer.

We already knew what is going to settle under the hood when new S4 debuted. Audi took well-known 3.0-liter supercharged V6 and replaced supercharger with a turbocharger. In new SQ5 it delivers totally same output figure as before of 354 hp, which is disappointing, as well as, exactly the same acceleration time of 5.1 seconds, but other things are not. 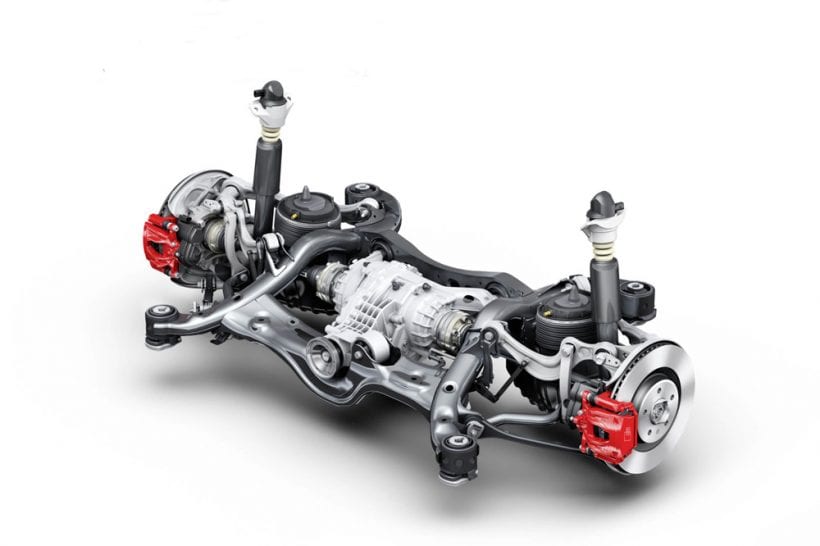 When turbocharger took the role, powerband changed completely. We have 22 lb-ft of torque more, now at 369 lb-ft, and compact SUV can show serious grunt from as just as 1370 rpm, which is extremely more accessible than 4000 rpm from before.

As all Audis carrying S badges, they are more fast and comfortable, than cornering maniacs. We have same 8-speed automatic, which still respects some of your comforts and we have AWD pretending to be rear biased. You can opt for Sport Package and end up with rear differential capable of shoving force only to one rear wheel, air suspension with sport tuning adjustments, and height leveling of the whole vehicle. Further to that, you can also opt for Dynamic Steering changing the steering ratios, but none of that will turn it into the Macan or F-Pace. Also, new powerband loses breath after 4500 rpm, clearly showing you its intention and reluctance to high revving.

WHEN TO GO FOR IT?

2018 Audi SQ5 hasn’t changed the previously established recipe, so advice is the same. If you like new Q5 and you have a bit of extra money, precisely around $54k, go for SQ5, you will be pleased with your choice. If you try to look at competition times are tough as Mercedes decided to start offering scaled down AMG game, so AMG GLC43 is directly opposed to our Audi, while being significantly quicker, and we shouldn’t even go into the sublime dynamic territory of Porsche Macan or Jag F-Pace. Switching to turbo brought neat and wide powerband, but not boosting even one more hp or even one tenth less to 60 mph is simply not enough for these times.