We already covered a story about an upcoming new generation of A8, so it would be polite to cover also S part of it. S8 had been caught testing on the Nurburgring some time ago, and now spy photographers manage to find it during winter testing. The third generation of A8 was introduced in 2010, while S version debuted in 2012. We are probably not going to wait two years after the debut of regular version to sample S side of it, judging by the fact that only three months after Nurburgring testing of a standard model, S one was spotted. New A8 should debut this year, so let’s hope that 2018 Audi S8 will follow right after.

First of all visual differences between A8 and S8 had always been mild, so main reason that assures us that we have S version on spy photos is the fact that we have the quad exhaust at the back. Besides, that expect sportier diffuser, bigger side intakes on the front bumper, some visual tweaks to the grill and special alloys, so business, as usual, is probably going to happen. 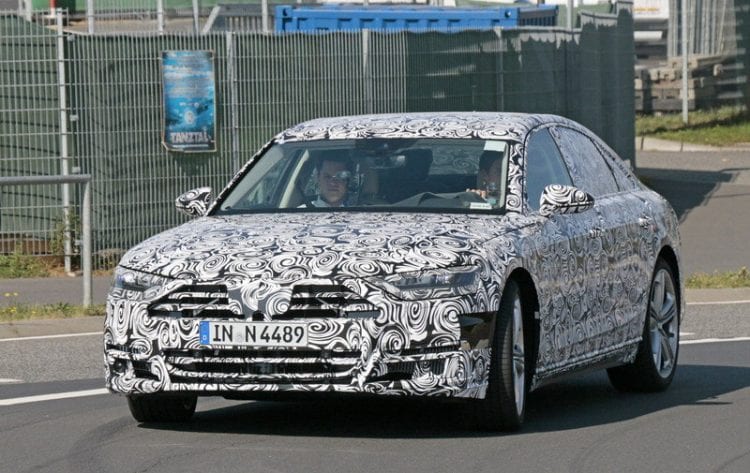 On the inside, it would be even harder to spot the difference. Slightly sportier seats, with probably some particular pattern followed by special trim, and most easy to spot S badges would conclude the story. Anyway, the new much sleeker body of upcoming A8 will definitely benefit the S version, which will promise more sporty credentials when viewed visually.

Upcoming S8 will use latest MLB platform which signifies weights savings in its case. Under the hood is expected to remain 4.0-liter twin-turbocharged V8 with AWD as standard. Currently, it is mated with 8-speed automatic transmission, while power output is 520 hp. 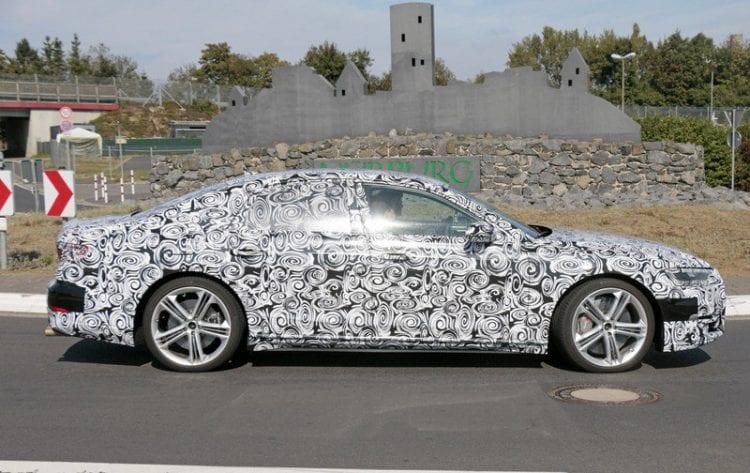 In the case of Plus model power rise to 605 hp and 516 lb-ft of torque and acceleration time drops by four tenths to 3.8 seconds. New S8 will probably feature power figure of current Plus model may be going above slightly, while new Plus should go further naturally. Even if new vehicle has same 605 output 0-60 time will drop, purely because of weight savings.

In the German trio configuration, Audi has settled in the middle, as usual, but BMW doesn’t carry main lead as you might expect. Top 7 Series would be M760i model providing turbocharged 6.6-liter V12 underneath, that boosts 601 hp and 590 lb-ft, so new S8 will outclass that power figure and presumably its 3.7 seconds of acceleration time. 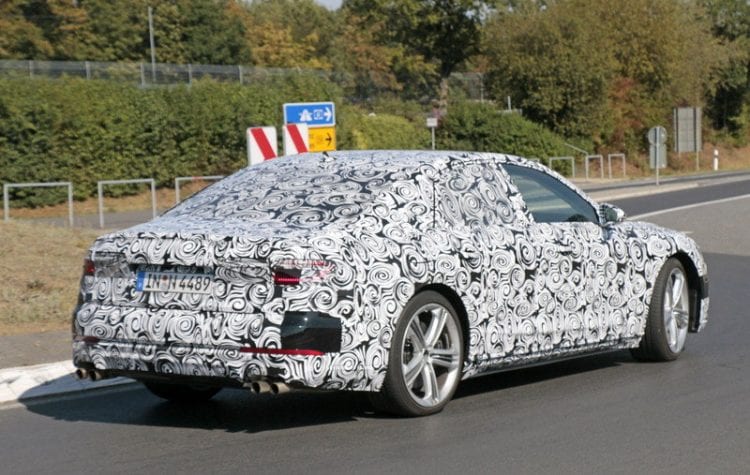 Mercedes is a leader in figures and though S 65 AMG is dated compared to rivals it delivers 630 hp from 6.0-liter V12. 0-60 time is not the shining point, as besides most power S takes 4.3 seconds to 60 mph. That means that if  Audi sticks to “Plus” recipe with new S8, it will shame current competition as long as paper figures are concerned.

Despite something having an S, AMG or M in the name doesn’t necessarily means it is sport oriented. These are all 6000 pounds limousines and no addition to the name can erase that fact. All comfort and luxury are untouched, while you can enjoy overtaking everybody with no sweat at the highway, or feeling powerful explosions from eight cylinders when trying to perform swift overtake. If you wish to remain restrained while leaning toward classic elegance and perfection, 2018 Audi S8 will remain as a proper choice. Further to that, BMW asks for $154k, Mercedes for $145k, while current S8 Plus with a price tag of $116k seems as too good to be truth. Well, it’s not. It is too good and it is truth. It gives same as rivals, and probably will even more when the new version arrives.