June 2016 and Audi has just revealed new A5 and its S5 version as well. Nobody expected styling miracles, as there are no any with Audi. The beauty of the first generation hasn’t been matched as it is maybe the most handsome Audi ever created. We already told you about S5 recently, so we will assume that you read it and we are going to focus here on the main thing, and that is the ride. Ride and under the hood area are the things causing somebody to go for S5 and reasons forcing buyers to skip A4 and go for the coupe, besides much better looks. Until RS comes, this is the best thing that you can get from A5 lineup, so let’s see what 2018 Audi S5 has to say about itself again. 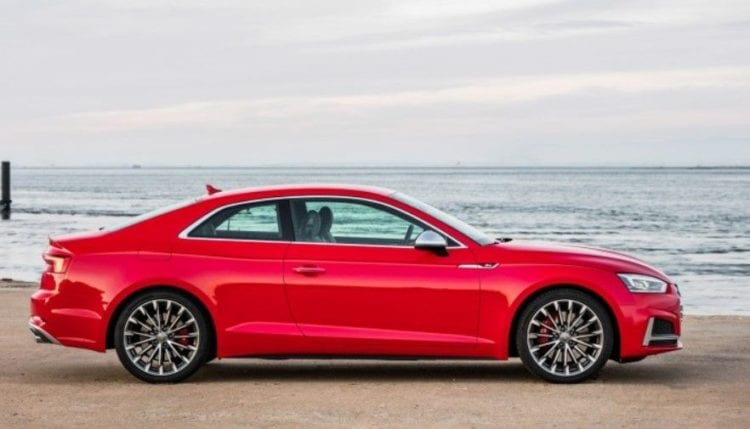 To understand why this is the best thing in the lineup, we have to see what are usual choices. A5 comes with four engines, two petrol ones and two diesel. Petrol 2.0-liter TFSI offers 190 hp and equally sized diesel TDI offers same 190 hp of power. TFSI takes 7.2 seconds to 60 mph, while TDI needs half second more. These are good figures, but surely not great.

That is why you can go for 2.0-liter TFSI rated at 252 hp which needs 6.3 to reach 60 mph, while diesel is again slower with 3.0 TDI delivering 218 hp and taking 6.6 seconds to 60 mph. All engines offer decent acceleration power, nice torque curves, and great fuel economy, but none of them will blow your mind. 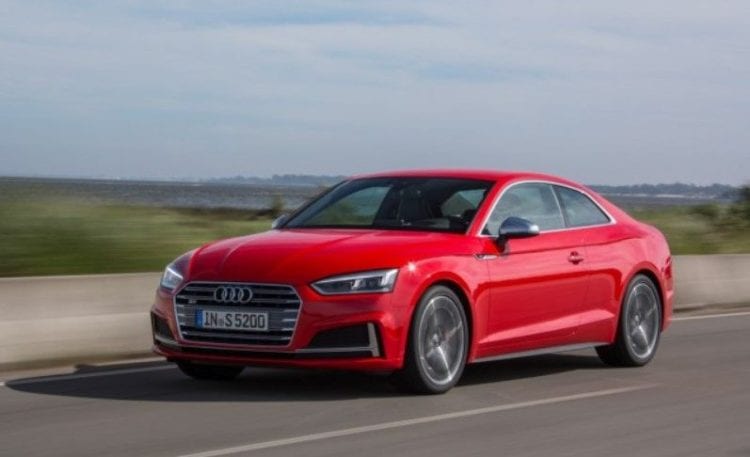 That is the reason we have S5. This version might not be the fastest on the road but certainly is a good balance between RS and regular models. Crazy performances are what the RS will do when it comes. It offers the 3.0-liter petrol engine delivering 354 hp and 369 lb-ft of torque. That is 21 hp and 44 lb-ft more than the previous generation. So, the older model took 5.1 seconds to 60 mph, while this one takes 4.7, which should be considered as a nice upgrade. Mentioned unit is paired with 8-speed automatic gearbox replacing older 7-speed dual-clutch thing.

Audi claims that current 3.0-liter TFSI is a new engine, as it has 800 different parts than older one. We have to be realistic, as engine have significantly more than 800 parts, but we could consider it heavily revised, especially since supercharger is gone and in its place sits twin-scroll turbocharger. There are many great things about this engine, and even it lacks two cylinders compared to old 4.2-liter V8 naturally aspirated unit and now brings turbocharging instead of supercharger technology like in the previous 3.0-liter V6 powerplant it seems even more capable than those two earlier featured in S5 models.

This thing will definitely be on the road and not on the track. Although it is a sporty version of the coupe, A5 was grand tourer from the beginning, and S versions haven’t tried to change its nature by all that much. And they shouldn’t. A buyer that seeks large comfortable coupe for long distances travel in style doesn’t ask for extreme cornering, he’ll go for that to Porche’s lot looking for Cayman or maybe to BMW’s for M2. S5 definitely feel more stable and grippy than regular model and hard cornering won’t do it any harm, but is not as pleasing as is in some other cars.

Its spotlight is left lane on highways where it will rocket you to your destination without breaking a sweat and all while delivering you fresh and fatigue free. GTs are for relaxing drive, and S5 respect that and just adds more power, making sure that it is quick too. Shifter is fast, never jerky, and almost impossible to confuse, while the manual option is out of the picture, again in tune with GT nature.

2018 Audi S5 is a fully matured product, and it can disappoint in some points only if you weren’t aware of its nature and goals. It is extremely well built and highly comfortable car offered in a much more stylish form than regular saloons. If you wish to travel in style, this is one of the top choices.