Audi S4 has always been one the classiest way to travel within entry level luxury sedan world. It was never brutal as RS version rivaling M or AMG models, but it always packed enough of a punch under the hood. A4 was, as we get used to that, always leaning more on the restrained and unfussy side of the design world, while the S moniker just added that subtle touches making it interesting enough and alluring for any mature and elegance oriented minds.

The current generation was unveiled in 2015 at Frankfurt Motor Show, and we are about to see how 2018 Audi S4 is coping with the market. 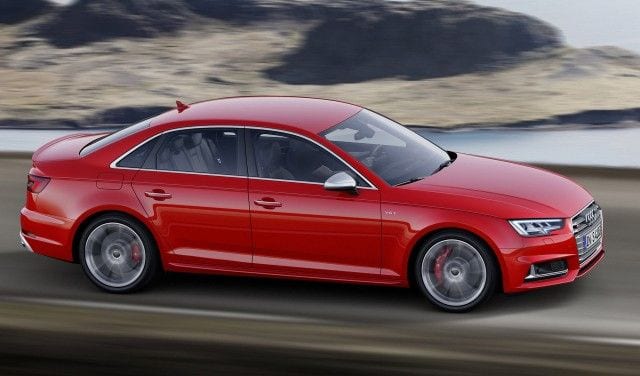 We are looking at the same recipe as with older generations. Subtle touches, never closing to the end of the border of refined taste, but also visible enough to make you distinguish it from the regular model. So, we have redesigned side intakes and fully chromed grille at the front, sportier diffuser, quad exhaust and deck lid spoiler at the back. From the profile, we can notice chromed mirrors and unique 18 or 19-inch wheels.

On the inside, you’ll get special S seats, flat-bottomed steering wheel and different trim options playing with carbon-fiber patterns. Also, the cabin that current generation brought absolutely stuns in its quality and refinement and the S model brings breathtaking driving position, while whole clean design further enhances the feel of sportiness. 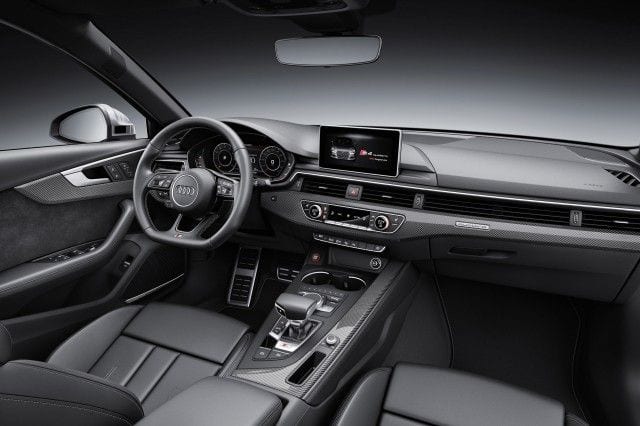 S4 got a new V6 engine, which in this case boost 354 horsepower and 369 pound-feet of torque from the twin-scroll turbocharged 3.0-liter unit. Older V6 that was supercharged and it delivered 21 hp and 44 lb-ft less. On top of that, peak torque is now available at lower 1,370 rpm while providing a decent boost until 4,500 rpm. Further to that, the old 7-speed automatic is replaced by new 8-speed one, and manual doesn’t exist even as an option anymore.

All stated makes new S4 capable of reaching 60 mph in just 4.4 seconds. AWD continues to be standard, and in normal road conditions, it sends 60 percent power to the rear, trying to mimic RWD driving feel. If the situation requires, 70 percent of torque could go up front and 85 percent to the back. The multilink suspension is tuned for dynamics, the whole car sits 0.9 inches lower, you have dynamic steering changing the weight of the steering wheel input and optional active dampers.

You have loads of it, some standard, more optional in usual Germanic fashion. Although standard things in case of S model are rather impressive as you’ll get electrically adjustable, heated, massaging seats, three-zone climate control, Apple CarPlay and Android Auto, among else. For Audi Virtual Cockpit you have to reach in your pocket further, as well as for head-up display, MMI touch interface that supports handwriting recognition, and a delightful Bang & Olufsen 3-D sound system.

Safety is at a high level, and many things come as standard these include adaptive cruise control, emergency braking with pedestrian detection and alerts for blind spot and rear cross traffic.

2018 Audi S4 starts at $52,000, and for a while, it didn’t have direct competitors. BMW M3 and Mercedes C-Class AMG were above it, more in RS model environment, while strongest engine offers from their regular lineup fallen short of it, making it stand alone in the middle.

But Benz began to offer C450 AMG model, later renamed to C43 AMG, slotting below full-fledged C63 AMG one, which now acts as a direct rival to it both by price and power. Which one to go for, can be answered only by yourself, same as in any other case when German trio is concerned.