An all-new 2018 Audi Q5 is here! When Audi launched Q5 in 2008, it expected from it to sell well. And it did, and honestly very well, as 1,6 million units were sold globally. Same as old Q7, Q5 has breached usual life span of six years in the automotive world, and with a lot of patience, we are welcoming now the second generation after nine years of production of ongoing model. Everybody knows that winning strategy is not to be changed and we never expect too many upgrades from German luxury brand.

We don’t imagine a revolution in changes, and we are not going to get that. We have evolution, as usual, executed in most perfectionist manner, avoiding any staggering upgrades, but improving details and bringing them ever closer to impeccable state. Styling cues from new A5 are clearly visible, and they are here to make it look more dynamic, fluid and somewhat bigger. It is just old model improved to the point of perfection. Does anybody want anything else? 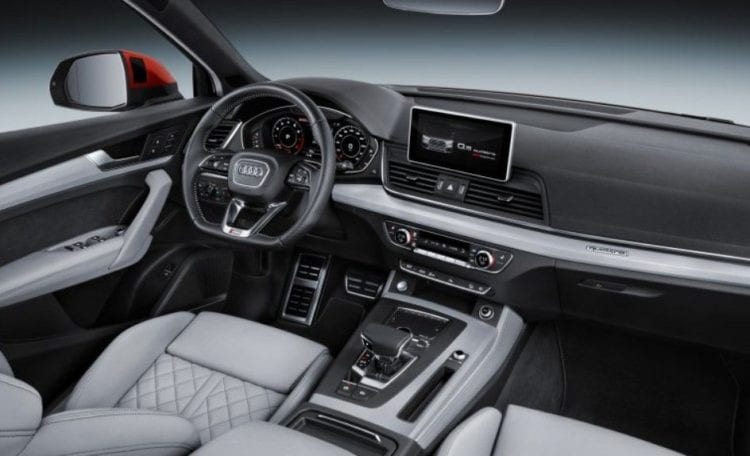 Interior is taken from new A4, same as old one was taken from previous generation sedan. What is there to be said about Audi’s interior? It’s sublime! Build quality and fit and finish are best, besting Mercedes and BMW for some time, and design wise is much better than what we had before. It never “blings,” but its business like perfection, emotionless-sturdy lines, never miss to evoke feelings of overengineered craftsmanship.

As for gizmos, you can expect a lot, as high scale Navigation, Bang & Olufsen audio, Wi-Fi hotspot and new Virtual Cockpit with 12.3-inch screen replacing regular dials, are offered among else.

Safety wise, you can rely on adaptive cruise control system, autonomous emergency braking, rear cross-traffic alert and active lane assist. The new thing will be exit warning system, which warns you if you’re about to open your door into traffic and possibly lose it to passing vehicles.

The effort was made to achieve weight reduction by using more high-tensile-strength steel and aluminum, and that gave result in maximum 198 pounds lower weight depending on trim, which is making a notable difference. Quatro all-wheel-drive is present as expected and it can stop sending power on rear axle if not needed, so Q5 will most of the time be a front-wheel-drive car. If you are looking for more, there is a lock option in all-wheel drive and the air springs can be pumped up for additional ground clearance.

Nonetheless, you cannot expect Land Rover efficiency when daring to leave the pavement, but it will get you through usual obstacles encountered by city dwellers in their normal lives. As for 2018 Audi Q5, a bunch of engines will be offered, while most desired could be a 2.0-liter turbocharged unit with 252 horsepower and 273 pound-feet of torque, offering great performance with relatively good fuel efficiency as 20 mpg city and 27 mpg highway are achievable.

Adaptive dampers and air springs can make you feel like driving through clouds, but feedback from the electric power steering is nonexistent as it is not saying anything about wheel whereabouts which is hurting ride pleasure at least for those drivers that want to be more involved.

Beside dull steering wheel feel, everything else is pretty much perfected and sales success of the older generation is just going to continue its thing through this one and maybe even become greater. Past Q5 was already good, and now it is just perfected without losing anything that was in its favor before.