The current generation of Audi A8 was introduced in 2010, and we could say that time and competition were not forgiving. Mercedes S-Class is three years younger, new BMW 7, Porsche Panamera and Cadillac CT6 were introduced last year, leaving only Jaguar XJ being actually older than it, by one year precisely. Seven years on the market is enough time, and this one really needs a replacement.

On top of that, it is the fact that car was not revolutionary in design even on the day when it surfaced, let alone now when it is faced with quite attractive rivaling offers. We already inform you about masked 2018 Audi A8 being heavily tested, and we are again here to review more information and speculations about it, prior to its debut, which will happen probably during this year.

We covered this in details before, so we will be brief now. Normally, expect nothing but visual evolution, as always with Ingolstadt. But, luckily, Prologue concept set some standards, and they are going to be followed. That means plump and obese body shape is about to be replaced with something sleek and handsome, but still, as plain as it can get, traditional sedan shape remains. 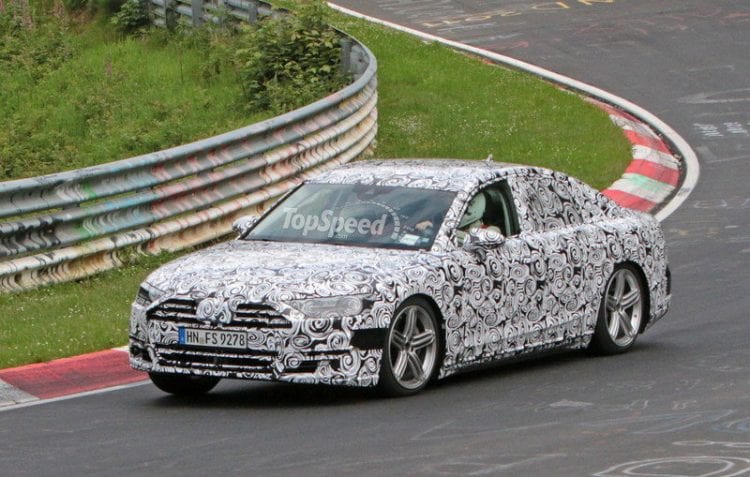 No line will make a sudden turn, not one will make you stare at it, no passion, no stunning. The most exciting thing would be new grille, wider, more angular and completely dominating whole fascia. We still don’t have anything on cabin as far as pictures are concerned, but this is the place where A8 shine with full glow and that is not going to change, so we are eager to see what Germans have prepared on this front.

New A8 will use MLB Evo platform, and that means the same thing as the one in use with A4, Q7, and glorious Bentley Bentayga will be available here. If it is good enough for the Bentley… Currently available model already uses lots of aluminum all over the body, but weight figures are not so praiseworthy with 4,672 pounds at scale. This new version is going to drop that further, so more nimbleness could be expected from it.

At this moment only complete novelty that is sure is new V8 diesel delivering 400 hp and 500 lb-ft, 50 hp more than current V8, which probably won’t see the US market. Other engines that have potential to settle under the hood are 3.0-liter turbocharged V6, now used in S4, and revised 4.0-liter twin-turbo V8 which in Panamera Turbo delivers 550 hp and could be used for S model rated at 520 hp at this moment. 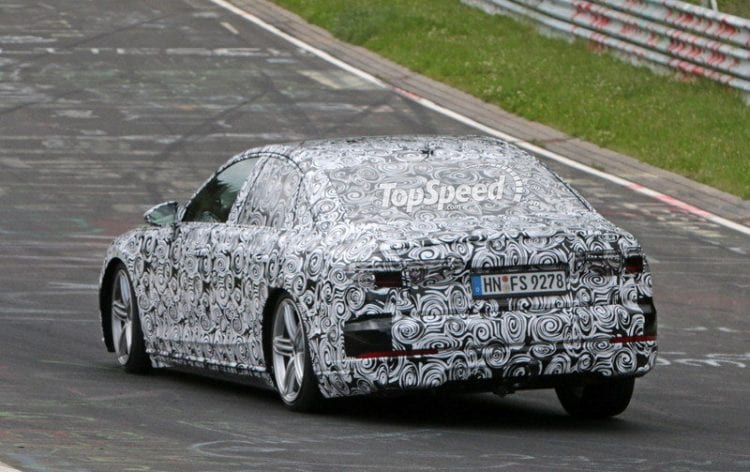 Plus to that, there is a new W12 boosting 600 hp, right now under Bentayga hood, which is by staggering 100 hp more than the current version used in A8. New W12 will give same power figure of current S8 Plus model, so that means Plus is going 600 hp and “plus.” Count on usual Quattro all-wheel drive, followed by an eight-speed automatic transmission mated to mentioned powerplants.

Audi is kind of lagging behind main rivals in the autonomous driving area, so the new 2018 Audi A8 will try to mend that. It will feature Piloted Driving technology, which will make A8 capable of self-parking and self-driving for up to speeds of 37 mph. Also, the car will feature software solution which will make it capable of updating when anything new gets developed in that area. 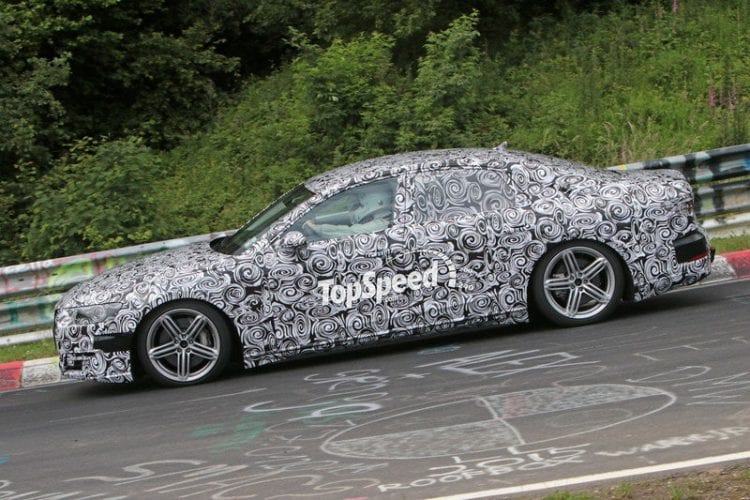 New MMI Touch Response system will debut, with haptic touch screens, which will replace buttons on the dash as in the case of latest Panamera. Haptic would mean that at every touch, screen vibrates, to inform you that it acknowledged your effort and that would be something to annoy competition as nobody has offered that so far.