As you saw, we extensively covered revelation of Audi’s new generation of A5. We would say that A5 was definitely one of the most interesting novelties that German company gave us in the last decade, together with R8 and naturally new generation attracts lots of attention. We presented to you what coupe in the regular version and its hotter outfit has to offer, and we covered its elongated version in spicy S outfit. But what about 2018 Audi A5 Sportback without S moniker? What is the most desirable, while also keeping it reasonable, choice when it is concerned? We looked through the offer and picked our favorite.

Well, we have three diesel choices and two petrol ones, both starting with 190 hp. That figure doesn’t seem so special, and while 286 hp from most powerful diesel option sounds better, we wanted something more suitable to sports sedan connotations that it needs to trigger. The obvious choice would be the petrol 2.0-liter turbocharged I4 producing 252 horsepower and 273 lb-ft of torque. 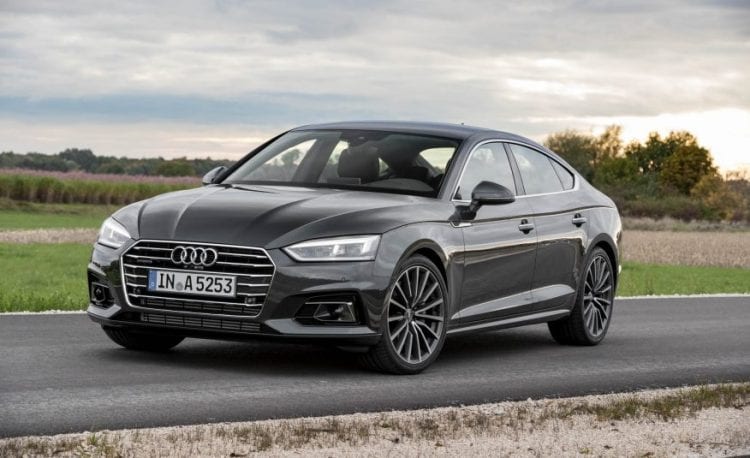 Audi A5 Sportback 2018 Price and other Details

Reasons, why would be this most desirable option, could vary. Let’s make something clear from the start, one of the reasons is not the brutality of S5 version. While Merc’s C-Class AMG appears beastly while its muscle car exhaust music gives you goosebumps, S5 is tamed as it could be and it can suit everyone not seeking attention on the streets, as appearance is far restrained than one of BMW’s M3.

Clearly, 4.7 seconds of acceleration time available with S version is out of the question, but is 6.3 seconds to 60 mph so bad? We’ll say definitely not $22 grand bad. Also, don’t worry about turbocharged part of it, you’ll struggle to find turbo lag, power is accessible almost always, and even the exhaust note would not disappoint. The engine is paired with the 7-speed dual clutch, which is configured slightly unusual, but when you adapt to the fact that it doesn’t pile up the torque to help you to launch it from the start, you’ll more than appreciate its midrange acceleration responsiveness. You can use shift pedals if you want, but on its own gearbox is doing pretty satisfying work. 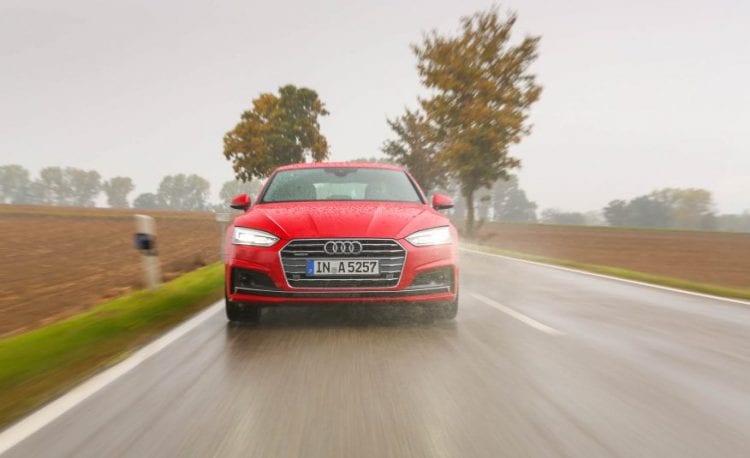 The good thing with 2018 Audi A5 Sportback, just in this case, is the fact it doesn’t offer sharpest and brutal, close to racing handling, it is more of a GT cruiser in that sense, so you don’t lose much with this version. MLB-Evo chassis is more than capable of a nimble and vigorous ride, but always keeping it in gentleman’s manner, while usual Audi’s understeer is well sorted out, and you won’t notice it in normal driving conditions.

Quattro AWD system does not come with Ultra moniker yet, which means power is constant on both axles in 40/60 configuration. But, since A4 Allroad has Ultra addition which disengages rear axle when not needed, we should expect same technology in A5 soon, which will additionally improve fuel efficiency.