If you wanted to nag about Aston, you had plenty of material. Lousy reliability, dated technology, over the excessive lifespan of models, but on other side gorgeous looks, dated yes, but brutal V12 engines and overall prestige were there to cover all the flaws. British carmaker is trying lately to broad the positive side of their offering, so teaming up with Mercedes might just erase that part of dated technology, while the somewhat old lineup is going to be taken care also, step by step.

They are even raising the bar with performance division called AMR and with future hypercar Valkyrie. As for Vanquish model, it was introduced in 2012, and while it is honestly too early for a successor, for more adrenaline is definitely not. 2018 Aston Martin Vanquish S Volante has just arrived. 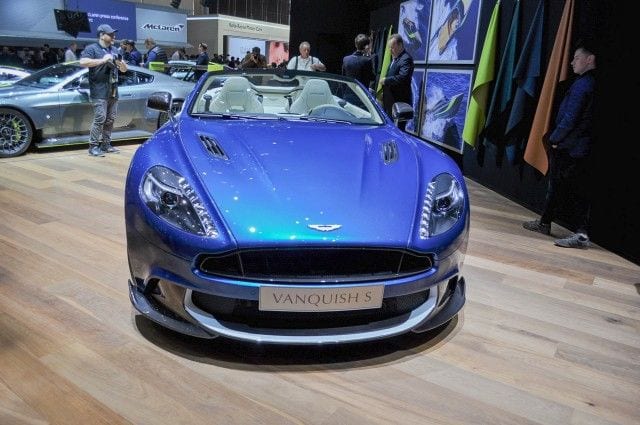 It is the topless version of Vanquish S coupe that debuted last year during LA Auto Show, while Vanquish S is more everything of Vanquish. More character, more power, more handling to be precise.

Or more looks, if you want to take it like that. Before DB11 arrived, everything was clear as Vanquish was most gorgeous Aston in the lineup by far. S model doesn’t bring new prettiness to rival DB9 replacement, but it does bring a fresh dose of angriness to show who sits above who in the bunch. The elegantly slated grille is now menacingly meshed, and further, we have huge carbon-fiber lower spliter, work of art carbon rear diffuser with quad exhaust and special 20-inch silver-black alloys.

All car enthusiasts begin to uncontrollably smile when this part of Aston is concerned. Under the hood lays 5.9-liter naturally aspired V12, but in this case, it boosts 580 horsepower and 465 lb-ft of torque. It is 12 hp more than in the case of regular Vanquish, made possible by larger intake manifolds. S Coupe takes 3.5 seconds to 60 mph and stops at 201 mph, while figures for our convertible are not yet announced, but don’t expect much to be changed.

So, with S we are three tenth quicker to 60 mph, and besides more power we should thank 8-speed Touchtronic III automatic transmission which was meddled with, in this case, resulting in faster shifts and improved smoothness. 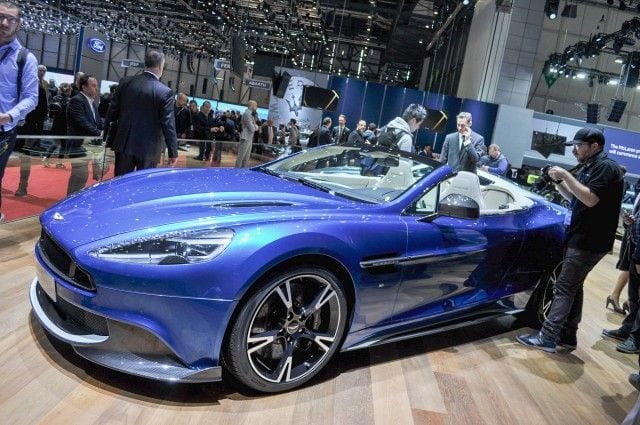 Performance doesn’t end with enlarged intakes, as suspension, and even bushings got their dosage of beefing up. Vanquish is by itself quite a thing with chassis made of aluminum, carbon fiber, and magnesium, but still, S Volante has to be sportier than the regular open top, and you have to feel it on the road. And you will, as besides being more powerful, it is more nimble, more planted and more aggressive while cornering.