Aston Martin has replaced aging DB9 this year, and that was done after 12 years of its lifespan, which would be highly inappropriate if it wasn’t so beautiful that it pulled out everything without breaking a sweat. Everybody went into the delirium state of anticipation when James Bond movie featured concept DB10 which was an obvious teaser for replacement of DB9. So we witnessed new model this year and the only thing left for us is to welcome the introduction of 2018 Aston Martin DB11 Volante, or in simple words DB11 without the roof.

Volante version has been spot testing in Sweden, and it carries a minimum amount of camouflage, though very strategically placed, so the main lines at the back will stay hidden for the time being. There is nothing mysterious about the front end of the car, as it stays the same as one on coupe version. That means it shares its stunning beauty, where sleekness and elegance reached highest proportions. 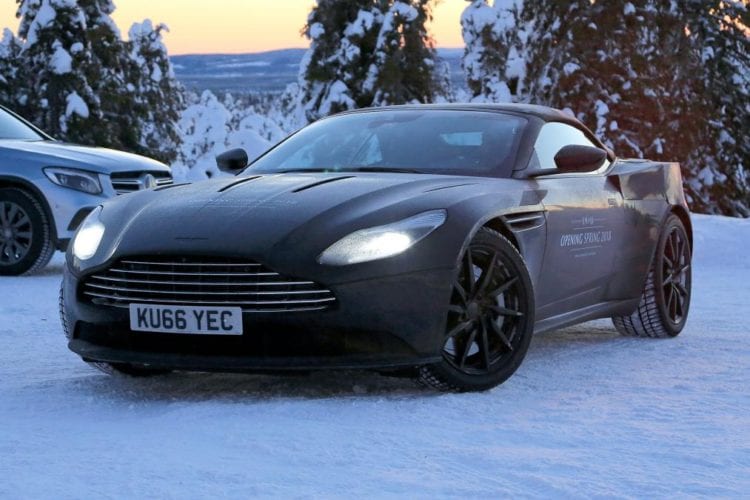 As for the rear, when new Vanquish was introduced in 2012 nobody thought it can get better than this, styling wise of course. But it did, DB11 from the rear is carved by the Gods themselves, leaving us breathless. Sadly that design fullness must be corrupt for Volante version because of the ever stretching roof and deck lid shortness of coupe, but as with every convertible it gets its own special charm in other places. 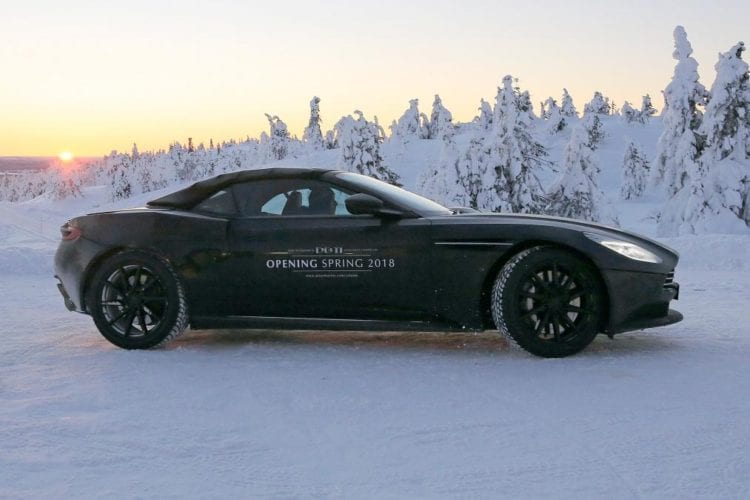 Everything is same as the coupe, apart from the possible lack of roof and smaller boot in charge of storing it. Buyers had abundant of choices to suit their preferences and luxury is not in doubt, as miles of leather cover many places. While new Vanquish featured an evolution of Aston’s intentions in cabins, new DB11 brought revolution and totally new and fresh design approach.

The coupe is powered by astonishing 5.2-liter V-12 pumping out 600 horsepower and 516 pound-feet of torque. Everybody is scared when downsizing touch luxury niche, but in DB’s case, it went from 6.0 to 5.2-liters so sign of relief swept the room. Although something is changed as this is the first mass-produced turbocharged Aston, but everything becomes irrelevant when we look at the figures that say 3.9 seconds to 60 mph and a top speed of 200 mph. 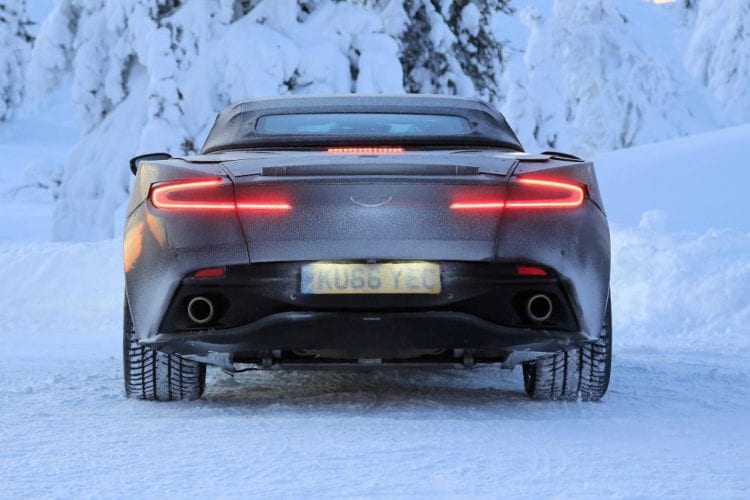 Volante has to be a little bit slower, due to the added weight, so expect probably additional two-tenths of acceleration time and four mph less of maximum speed. Since British went in collaboration with Germans, to be precise with Daimler AG, there is a high possibility that new Volante, same as the coupe, will feature 4.0-liter V-8 from Mercedes-AMG GT, but with added power compared to current 503 hp.

The coupe is priced at $211,000 while expecting 2018 Aston Martin DB11 Volante to be priced $10k or maybe $20k more. It will be poised against Ferrari California, Bentley Continental GT convertible, Merc AMG S65, Audi R8, hotter versions of Porche’s 911 and similar. So competition is vast, but if you fall for British elegance, the only true rival would be Bentley. And here is the key, although, in same price bracket, Bentley and Aston are offering totally different stories. Bentley appears as grand tourer made by removing rear doors from the uber luxury sedan, while Aston appears more as tamed sports car forced into a grand tourer. So, it sits in its special spot, and if it hits right buttons with you, no alternative is in sight.