DB11 was launched last year, and while we are waiting for the introduction of V8 version, for which Aston is borrowing purely AMG developed 4.0-liter twin-turbocharged V8 product, something even better is obviously under development. Newest available spy photos are definitely not depicting upcoming V8 version, but probably something much better in the form of 2018 Aston Martin DB11 S.

Don’t get to attached to S extension because we’re are not certain whether Aston is going to use it. Currently, we have Vantage in V8 or V12 configuration, while in the case when S is added, it implies more power, less weight, and better handling. So, S would be a more racing oriented version of DB11 or consider it something as DBS was for DB9.

This model will bring more visual aggression for sure and already on spy photos we can see modifications are being made to the grille and front bumper, while splitter is reshaped. Side skirts appear bigger, while front fender intakes changed to vertical positioning instead of current horizontal one. 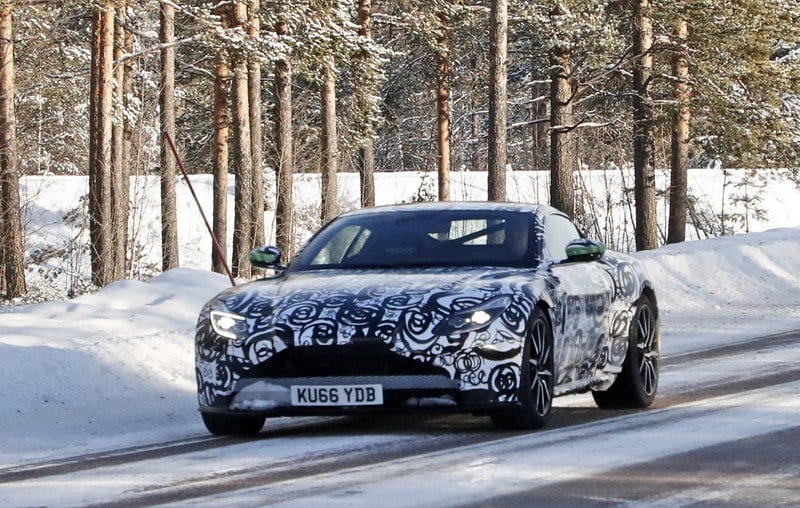 The rear end is incomplete, but we can see that something as the racing oriented diffuser is in preparation since the vertical fins are evident on each side. On the test mule, we haven’t seen menacing hood bulges or openings, neither something like a wing at the back, as British carmaker will evidently try to preserve its astonishingly beautiful shape.

There are no photos of cabin yet, but if the past is here to teach us something, then we shouldn’t expect much of changes. DBS had pretty much the same cabin as DB9 apart from special trim, and the same thing counts for regular Vantage and S model. 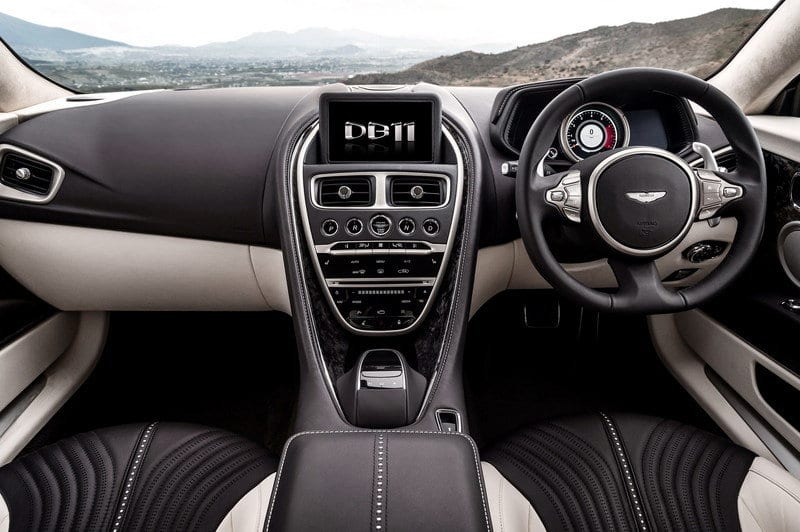 On the spy photos, we can see that car actually has Recaro seats and roll cage, which should be probably offered as an option, besides regular configuration that will be quite similar to the regular version. As before we should expect special trim for interior bits and pieces, presumably carbon-fiber one and some use of Alcantara.

Currently, we have 5.2-liter twin-turbocharged V12 boosting 608 hp and 516 lb-ft of twist. In S version that should go up, who knows, maybe to 650 hp and 550 lb-ft. Combine that with less weight achieved by use of lighter materials and acceleration time might drop from 3.9 seconds to two-tenths less. If we also take into calculation improved aerodynamics of the car, along with tuned suspension, steering, and electronics, we could all agree that S will generate a lot more smiles on back roads.

Yes, it is. 2018 Aston Martin DB11 S or whatever it name will be when it debuts at the end of this year or beginning of the next one, is a thing quite worthy of consideration. It could add maybe $20k to starting price of $215k that is set for the regular version, but why shouldn’t you get more from the beautifully behaving new platform and astonishing new V12 for just 10 percent more in cash?