While Honda has a few small crossovers out there with the Honda CRV and the HRV, Acura’s smallest offering is the MDX, which is not that small when compared to other models in the segment. In order to offer a viable competitor for the BMW X1 and the Audi Q3 on the Chinese market, they released the CDX not too long ago. This is a small crossover based on the HRV, which is going to be priced from $38,000 to $45,000 in China which is right up there with its two competitors. While so far Acura didn’t say much about an American model, it seems that the Acura CDX might, in fact, get on the US market sooner than we expected.

There are some strong rumors out there which suggest that the CDX will hit the US market sometime in the late 2017 or early 2018. However, just like it happened with most other models released on the Chinese market, the CDX might see quite a few changes until it will reach the US shores. The first and most important change will likely be the price which is just too high for it to be successful here. We expect it to cost somewhere in the neighborhood of $30,000, the price at which it would still have to offer quite a bit in order to be a viable opponent.

In China, the CDX will be available with a 1.5 liter turbocharged inline four engine coupled to a dual-clutch eight-speed automatic, both of them being used before on other Honda products. The US market might see a different setup as the two would not be all that great for most people around here. While a front wheel drive version with the same engine but with a nine-speed automatic might be offered as standard, an all-wheel drive version of the CDX is rumored to feature an entirely different 2.0-liter turbocharged mill coupled to the same nine-speed gearbox. These would make it able to compete with its rivals while maintaining the refinement and performance the US customers are looking for. 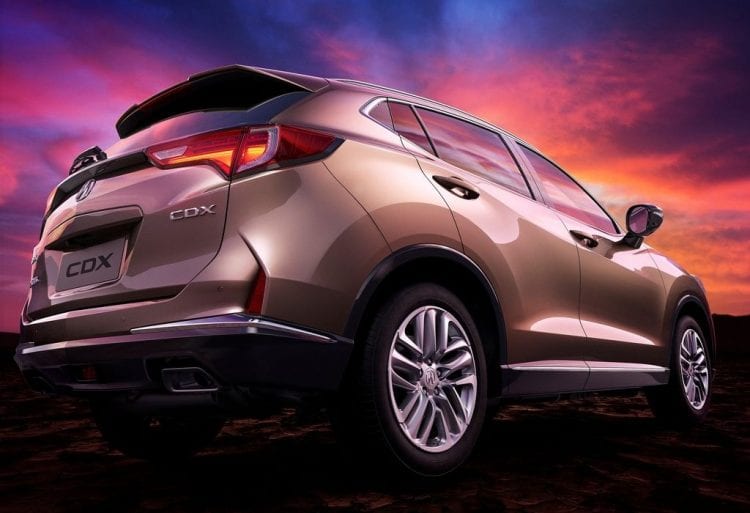 So far there is no word if the Acura CDX will hit the US market with the same exterior and interior as the Chinese version but rumors say that the car will get through a few changes to better fit their current lineup of cars. Biggest changes will be the wheels, color options and likely the back end which may receive a new exhaust system as well as Acura’s new LED tail light system that is used on their higher end models.