Volkswagen declared great intentions with alternative powertrains once diesel scandal broke wild and their reputation came in question. We have Passat, Jetta and Golf hybrid as well as electric Golf and Up, but something way more radical is in preparation. 2017 VW I.D. Concept is here to show what happens when full dedication to the electric way of thinking is implemented.

It is VW’s view of future. It is a fully electrical vehicle, with some quite unusual styling ideas and fully autonomous ride, which will actually debut some years after model enters production. Precisely, the plan is for this vehicle to reach factory lines in 2020, while in 2025 it will become fully autonomous. Interesting to say is that Wolfsburg car giant plans introduce the whole lineup of similar vehicles at that time.

I.D. is rather unconventionally styled to say at least. VW stated that it is 80 percent close to production, so BMW i3 will have a direct visual competitor. The car doesn’t have a grille, air intakes or exhaust, as they serve no purpose here, while it has suicide doors with the lack of B-pillars. 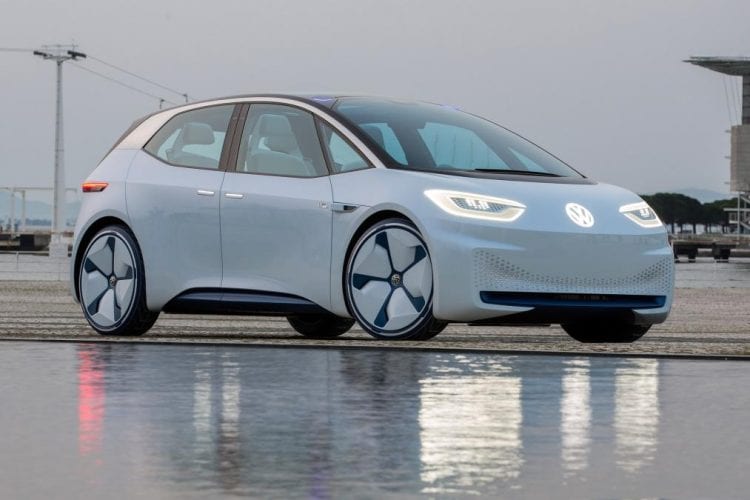 It is far from gorgeous or beautiful as that is not the point here, and that especially counts for the cabin. The interior has a steering wheel, which can be stored in the dash when an autonomous mode is engaged, and besides digital instrument panel, you won’t find anything else inside. 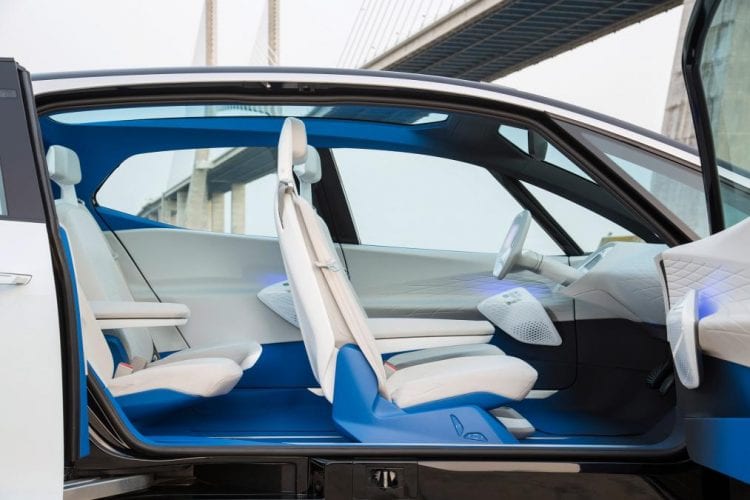 The thing you will have is space and abundance of it. Shorter than Golf, but with wheelbase almost as Passat’s one, it will offer groundbreaking figures in that area. For production version, we will clearly have to add conventional doors, mirrors and couple of switches inside to complement law regulations.

It will use MEB platform for electric vehicles, which means batteries located under the floor and electric motor at the back powering rear wheels. That also clearly indicates that nothing extraordinary will be used, as in the case of carbon-fiber BMW i3‘s chassis and that traditional lithium ion batteries are on the menu. VW promise below 8 second acceleration time while base model should have a driving range of around 250 miles, which is better than today’s e-Golf’s one of 186, but similar to the one of Chevy Bolt EV. We still have three years to 2020 and rivals will not sleep, so I.D. will have an optional range of 372 miles with an extra battery pack. All batteries will be replaceable when Wolfsburg raise the bar with range, so you should stay up to date with it, as far as range is concerned in the future.

2017 VW I.D Concept shows pretty much what should be expected, so it is worth of waiting for, especially if VW fulfill its promises. The main one would be expected price of $25,000, undercutting many rivals, while offering better range in the case of optional battery package. Also in 2025, when it become fully autonomous, it can replace your Rolls Royce and your chauffeur for a fraction of the price and most importantly, it winks to pedestrians when giving them right of passage at crosswalks.