Volvo is a premium manufacturer, but it was never shy of offering its automotive accomplishments in the compact size. Be it about 66 model starting from 70’s, or 300 or 440 and all the way to the S40. I guess name changed a lot, but the experience is definitely there. Mentioned S40 was in production from 1995 till 2012 in two generations and despite it was mainly pointed toward European market it offered saloon shape between myriads of predominantly compact hatches.

Volvo had to revise the thinking in 2012 while faced with newly found competition in Mercedes A-Class, that was relocated in the same year from subcompact MPV segment to compact one, along with traditional rivals, painted in BMW 1 Series, Audi A3 and Alfa Giulietta, previously 147. So, in terms with adversaries, Volvo offered classic and usual hatchback shape in the form of V40 model, while sedan was out of the picture. These days 2017 Volvo V40 had seen some revisions, and it would be decent of us to review them since the change of course in 2012 made it best-selling brand’s model in Europe. 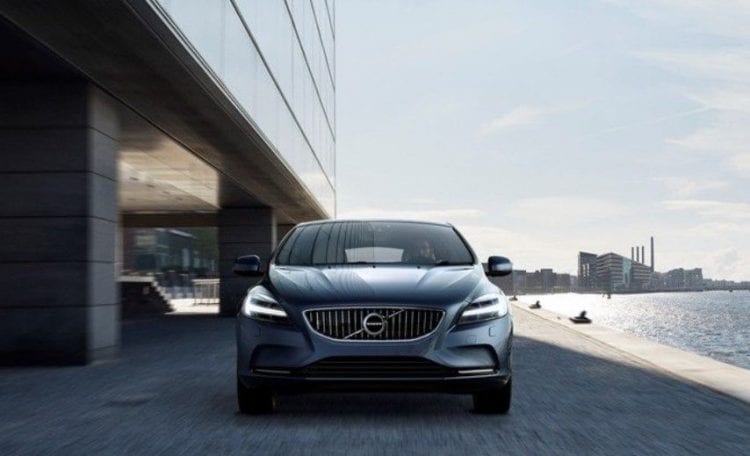 Volvo offers clinical design. Clear, a bit cold and unintrusive. With adjectives listed like that it doesn’t sound quite alluring, but when it is all mixed up, it is. All mentioned ingredients together produce effortless elegance, and this refresh had only intention to intensify it. Headlights are incorporating Thor’s Hammer same as brand’s newest vehicles in the lineup, front bumper is more stylish and grille featuring significantly more slats with revised badge appear as more refined. At the rear, a diffuser is changed featuring more sportier look, while gorgeously sculpted rear lights preserved the same shape.

In the cabin nothing visually changed and we are not going to say anything negative about that. V40 has one of the nicest cabins in the class, definitely the coziest, while refinement easily surpasses Beemer’s and Benz’s ones, facing directly at Audi. It’s just plainly perfect, materials are top notch, styling elegance transcends into sophistication, and dominant visual clarity breeds sort of serenity.

Refresh have brought some changes, but those are restricted to expanded offer of new trim’s visual delights followed by new City Weave upholstery and other differences in the tech department, mostly concerning upgraded Volvo On Call smartphone app. The new and important stuff would be an implementation of CleanZone technology, which treats the outside air eliminating unwanted and health-hazardous particles, before letting it enter the cabin. 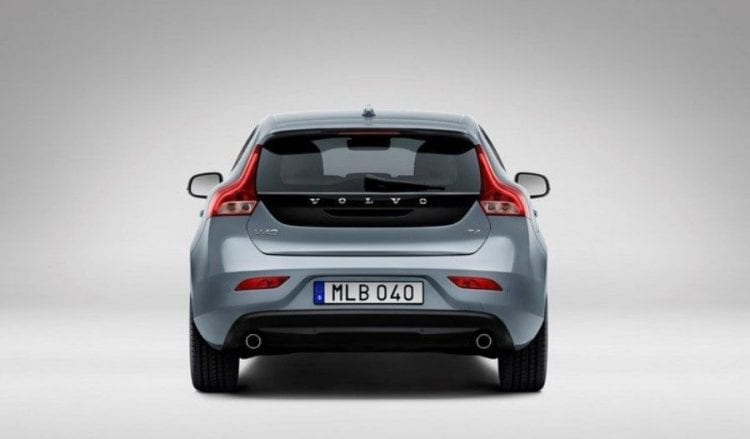 Absolutely nothing changed here, but the offer is so abundant that it will hardly leave somebody unsatisfied. It starts with 1.6-liter D2 diesel with 115 hp and quite embarrassing 11.9 seconds sprint time to 60 mph, but it carries improvements with D3 and finally to D4 model with 190 hp, taking 7.5 seconds to 60 mph.

On petrol side of the story, it goes from T2 delivering 120 hp and perky time of 9.9 seconds to 60 mph, while top T5 boost 213 hp and rush to sixty in swift 6.9 seconds. Numbers are not good as Beemer’s ones but are still definitely competitive. On shifter’s territory, there is 6-speed manual or automatic with the same number of gears.

Volvo is a synonym for safety and be sure that V40 is going to nurture you in the best manner that compact hatch can, despite redesign brought nothing new to the game. Already featured IntelliSafe brands philosophy includes adaptive cruise control with collision warning and avoidance technology with pedestrian and cyclist detection, traffic sign recognition, blind spot and cross traffic warning system and lane keeping assist.

V40 also has pedestrian airbag system, pioneering it in 2012, which upon impact lifts the hood reducing chances of serious injury to the pedestrian involved in the crash. Let’s also not forget that with Swedes it is not about the letters on the paper, as its adaptive cruise control offered much better results in practice than even one featured in Mercedes S-Class.

2017 Volvo V40 has always been a smart choice, and it remains still with all mentioned changes. BMW is fast and more fun to drive, Guiletta is pretty, A-Class is posh, but Volvo is probably closer to perfect than any of them. It doesn’t have its special area to shine about, it rather shines equally well in all of them, it is as close to complete package as you can get.