The very first time the Swedish manufacturer has used the S90 nameplate for its products was 1996 when one of the models had to be renamed for a number of markets. The history of the vehicle continues until 2014 when the automaker had decided to end this line by releasing S80, which was an official replacement for the S90. It also marked the end of an era because it was the last rear-wheel-drive vehicle made under the Volvo brand. At that point, we all thought that S90 was gone to be replaced with something new, but we were wrong: the Swedes apparently changed their mind, waited some time and revived the model this year. The revival is certainly upscale and aims to revolutionize the luxury market, just like XC90 did with the SUV segment. The revolutionary is the right word to use to describe S90 because it is packed with new technologies and offers various options in the engine department. Check the next section to learn more.

The new S90 is beautiful. When we first saw the XC90 rolling out of the production, we were stunned by the exterior design that was remarkably different from what we previously saw and brought freshness and innovation. The same thing happened with S90 because all essential exterior design elements were carried over from the SUV predecessor but also some new accents were added. 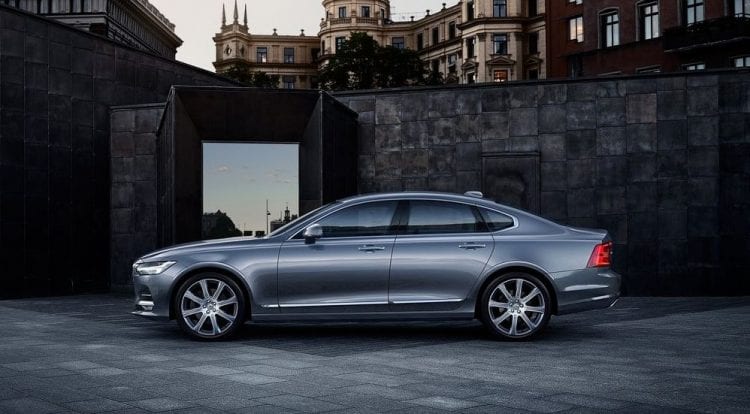 First and foremost, the vehicle is equipped with a brand new grille and the “Thor’s Hammer” LED daytime running lights. The headlights are made to offer a simpler shape and extend towards the fenders, thus providing the front with a more consistent design. The lower part of the front has also been changed to receive a sportier bumper that features a wide air intake. All these elements make the vehicle’s front look very futuristic and stunning, so Swedish designers should be credited for that.

The changes in the body of S90 show that the model has a little bit different style language than XC90, profile-wise. Specifically, they include longer rear windows, coupe-like roofline, and notchback designed trunk lid. Combined with the 4.3-inch longer baseline than in the SUV predecessor, they make a great sporty profile that does not resemble anything we have seen from Volvo. Great job, again. In the back, the designers decided to include something that can remind us about S80 and make the bumper section very similar to the predecessor. However, everything else is completely new, including the large Volvo lettering, taillights, and nameplate. 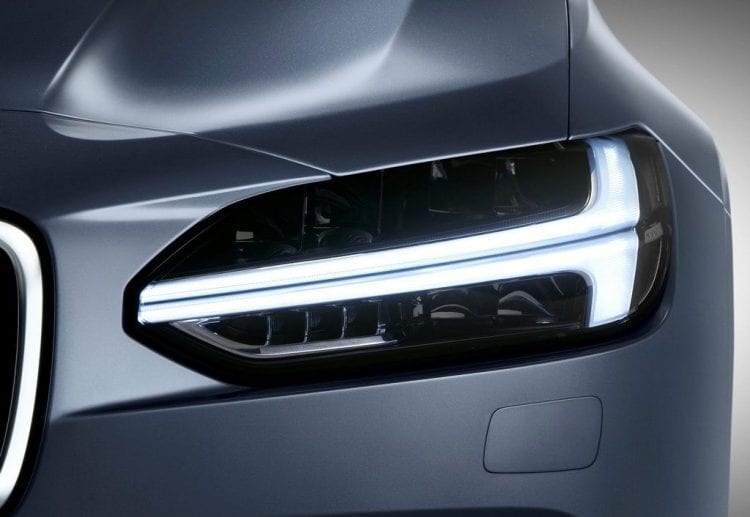 According to the company, S90 has been made larger than the predecessor in all body dimensions. Specifically, the wheelbase is 4.1 inches longer, width is increased by 1.1 inches, and the length goes up by 4.3 inches. To conclude a story about the exterior, we think it is safe to assume that S90 is absolutely stunning and looks more upscale than ever.

When we first saw the cabin of S90, we thought that it shared so many elements with the SUV predecessor but in fact, they were almost the same. However, several mild changes were made for the sedan, including slimmer dash, taller A/C vents, and larger wood inserts. 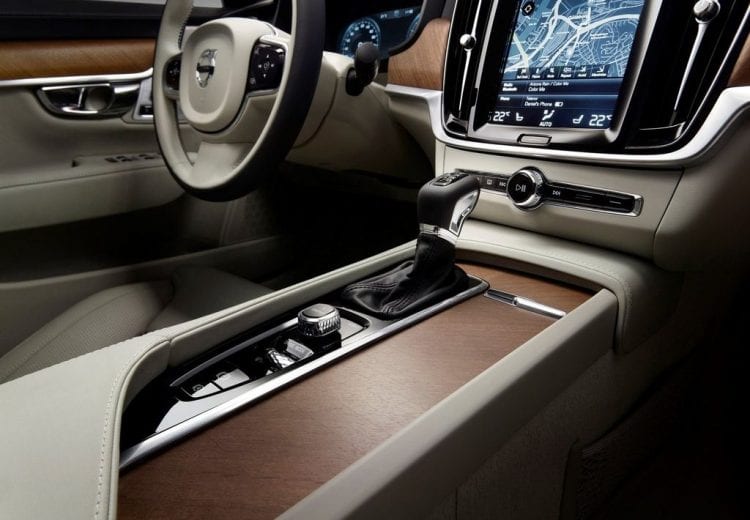 Everything else has been left unchanged, but we do not mind it because we liked the interior right away when we saw it in XC90. Even though the manufacturer has not yet shared the specific details of the interior features, we can confidently claim that it will feature the fresh touch screen infotainment system called the Sensus Connect, because it was firstly used in its predecessor. Also, we can suggest that the cabin will have more space in the cabin for passengers due to the longer wheelbase. 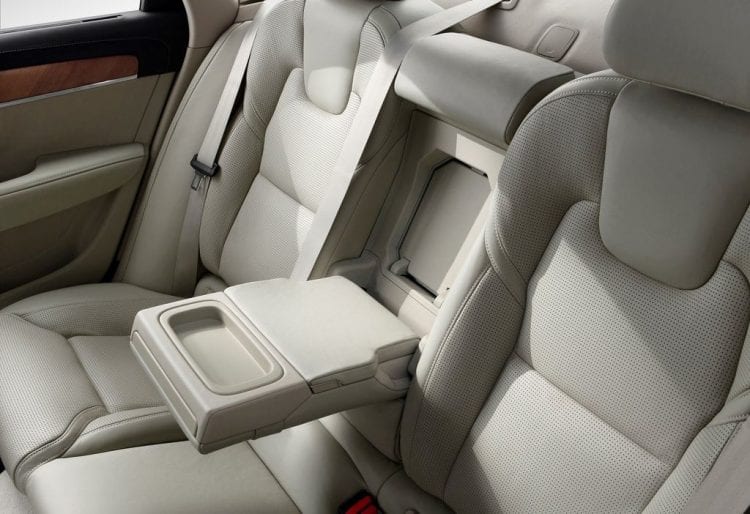 The Swedes will provide the customers with the selection of colors and materials for the cabin, but we are going to wait to confirm this and see what will come. From what we saw, however, we can suggest that the sedan’s interior will be remarkable and feel very luxurious.

The carmaker apparently decided to use the predecessor’s engine in S90 because it was very innovative at the time of launch and provided great performance. If you were frustrated by this decision, don’t be: they also ensured that the customers would have a decent selection of different optional units. According to the manufacturer, there will be D4, D5, diesel, and T8 hybrid, and T5 and T6 gasoline units available for the European customers, while North American market will be supplied only with T5, T6, and T8. This might not mean much to you by just looking at these names so read on and find out what those represent. 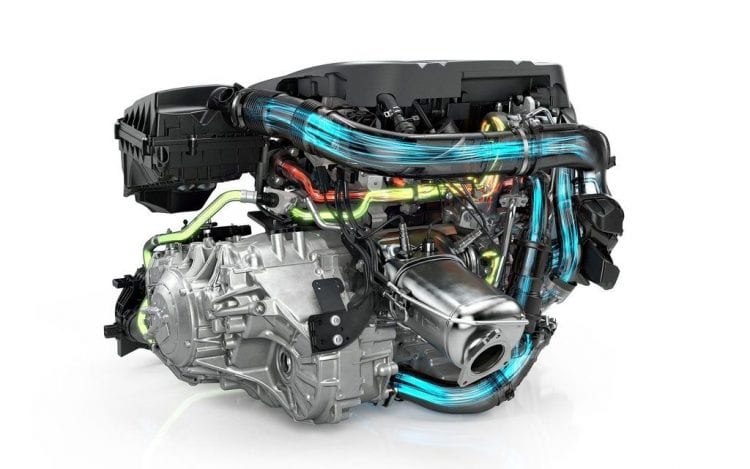 Regarding specs, Volvo has not shared any, but we can easily guess the output of the standard T5, D4, and T8 because they were used at XC90. The first respective 2.0-liter turbocharged unit produces 254 horsepower and 258 lb-ft of torque, while the second is known to produce 190 horsepower and 295 lb-ft of torque from it’s 2.0- liter displacement. There is a good possibility that more potent versions of both diesel and gasoline engines will be offered. Just like we saw these in XC90, we can predict that those will provide 225 hp in the case of diesel version and 316 hp from gasoline turbo powerplant. As for the hybrid engine, it combines a 2.0-liter four-cylinder and 60-kW electric unit, which generate 400 horsepower and 472 lb-ft of torque. XC90 tests revealed that electric unit was good for covering 25 miles without charging, which is a decent performance.

The described selection of engines will have to be coupled with eight-speed automatic or six-speed manual gearboxes, with the first one providing the start-stop technology.

This topic is just unavoidable when it comes to Volvo cars. S90 comes with an impressive load of safety features, including Driver Alert Control, numerous airbags, Run-off Rod Protection, Lane Keeping System, and many others. According to the manufacturer, the customers will also have the opportunity to take safety to a new level by having the City Safety package, which includes remarkable features, such as detection of moving objects above 2.5 miles per hour. 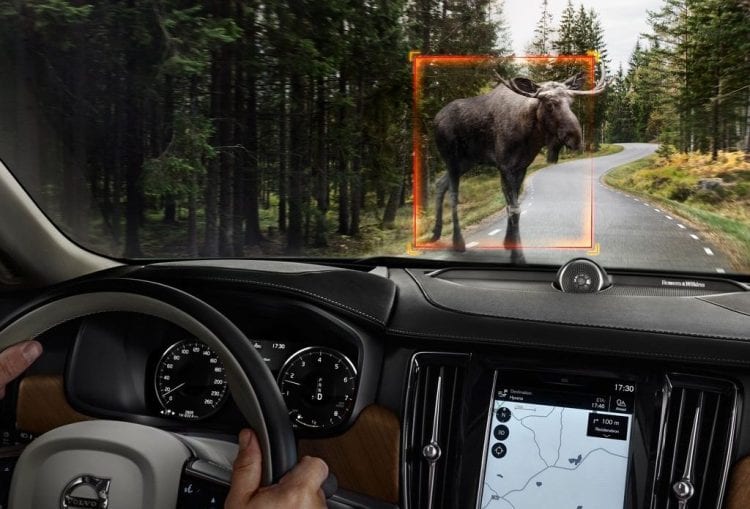 Among the most noticeable optional functions are a 360-degree camera, Parking Assistant, Distance Alert, Adaptive Cruise Control, and Blind Spot Monitoring. While these features are great, the automaker has also included the second-generation Pilot Assist that transforms S90 into a semi-autonomous vehicle by controlling acceleration, braking, and steering.

The starting price for S90 is $46,950, which represents a slight increase over the predecessor. This tag, however, includes T5 engine; for more powerful ones the cost will certainly increase.