When you think about performance cars, you don’t usually think of Volvo. In fact, it’s the complete opposite. We all know racing can be dangerous, so it’s weird to accompany Volvo, the synonym for safety, with racing. But let’s not forget, Volvo made some great performance cars back in the day that went rallying and even raced in a touring car championship, in the form of the mad 240 and 850 models.

Apart from factory racing, a lot of Volvo vehicles have been chosen for racing purposes by many privateers due to their safety, reliability and even performances. We’ve seen them being used in everything from WTCC and rallying to drifting. With the company’s Polestar division (similar to AMG or M division) taking off and reaching global levels, it’s no wonder we’re seeing a new model from them. But the big question here is, is it really that good? Does it live up to its name? 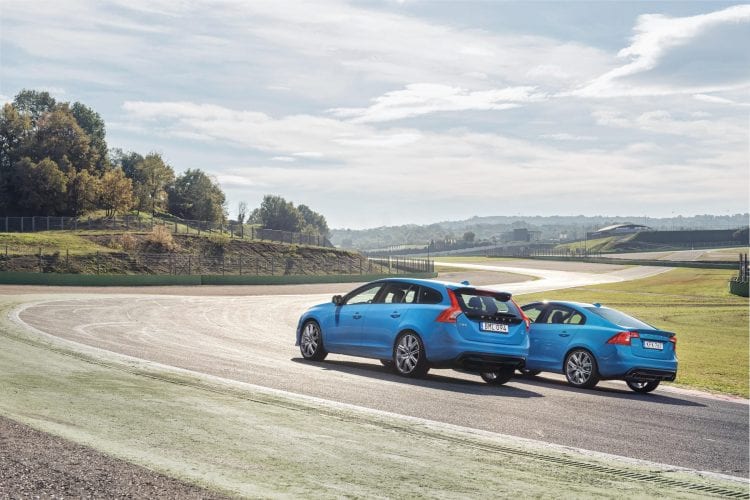 Well, the S60 and V60 Polestar (S is for a sedan, V for Wagon) receive a lot of upgrades, despite looking relatively the same. This isn’t just a simple case of upping the engine displacement, cylinders and strapping a supercharger on top. The changes are much more significant. In fact, Volvo says there have been about 50 upgrades done to it, turning the car into a whole different beast compared to the standard one.

Just like most of Volvo’s high-performance offerings, the new 2017 Volvo S60 Polestar in both guises utilizes an all-wheel drive system, capable of sending 50 percent of the available torque to the rear wheels, meaning it’s capable even do some massive skids if you ask it to. The transmission will hold the gears at the rev limiter as there’s no automatic shifting at redline. As you can see, they’re not really playing around. This is the real deal.

As it should be. The guys at Polestar have been in the game for a long time. They’re comprised of motorsport experts, leading designers, and even ex-race-car drivers. The 260+ odd new parts are guaranteed to turn the car into a monster and put a smile on your face, but it’s the engine which is the crown jewel with the new Polestar. It essentially turns a midsize sedan (or wagon) into a Delta S4. 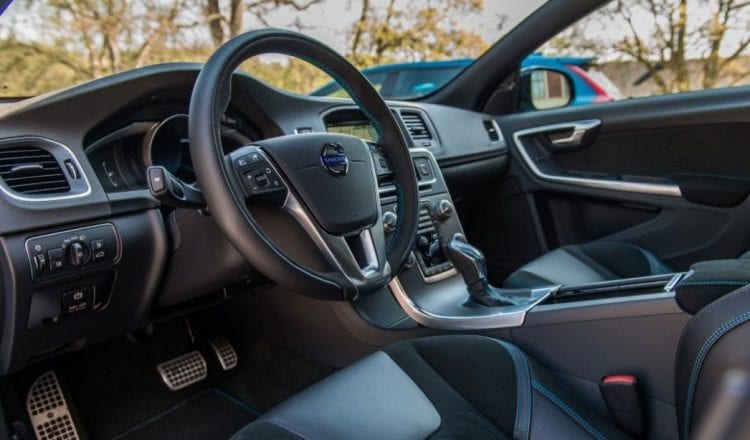 Why do we say that? Well, first because it’s a 2.0-liter four-cylinder, and second because the engine is twin-charged. Yes, that’s right, it sports a turbocharger and a supercharger at the same time. To compensate for this, the compression has been dropped a bit, there’s a different profile of the cam, the turbo mounted here is much bigger than that on the standard car’s engine, the air inlet system has been completely overhauled, there’s a bigger downpipe to accommodate more exhaust gases, and a new high-pressure fuel pump has been fitted to ensure the engine is getting the needed supply of fuel. Now you see why we said it’s not a simple job of installing a supercharger on top.

The ECU has been modified too. The software controlling everything is Polestar’s unique system, resulting in an engine developing 362 horsepower at a high 6,000 rpm and 347 pound-feet of torque in a wide 2,000 rev range from 3,100 to 5,100. The maximum factory boost is 2.0 bars, and it revs to 7,000 rpm. The new four-cylinder is essentially a replacement for the now defunct 3.0 liter turbocharged straight-six, which was actually 17 hp down on the new smaller engine at 345 hp and 369 pound-feet of torque. Considering how different both engines are, it’s remarkable they’re so close.

Now we do realize that a four-cylinder will never be able to compete with a larger six-cylinder regarding mid-range torque and responsiveness, but as a result, you do get a much more powerful, efficient and interesting sounding engine. The supercharger wine is really felt at around 2,500 rpm, and the fact that it has a turbo means it will pop and bang at higher rpm’s if put into manual mode. It’s great stuff; something dreams are made of.

The engine really suits the car’s character, and the addition of a launch-control and an ESC system that’s nearly able to be turned completely off makes it one exciting car. The tweaked eight-speed gearbox is faster and smoother than ever too, being able to change gears even when cornering without sacrificing stability and handling.

Stopping is improved with the help of enormous six-piston Brembo brakes. The fronts measure in at 371 mm and have floating, ventilated disc. The wheels are 20-inch wrapped in Michelin Pilot Super Sports which offer among the best grip level on the market. All of that combined, along with the ten-way adjustable shocks from Öhlins and the available downforce increase aero bits make the Polestar corner like it is on rails. There is some understeer programmed in, but that makes it fool-proof. It won’t let you wash wide, but it will keep you on the road. It really is one of the safest performance cars on sale today.

If we didn’t talk about the styling that much we apologize, but there isn’t a whole lot to be said. As you can see, the exterior is very blue regarding color. The design is largely the same as the regular car, but you do get some bits here and there in the form of small spoilers or diffusers. And of course, those massive wheels filling up the wheel arches are very nicely integrated here.

The interior is special too, all high-quality leather and soft materials. Standard layout like in regular version brings a decent amount of tech features. Interior design might be considered to be sterile and not interesting, but still it does offer everything that you need and even more. Behind the multifunctional steering wheel, we have two instrument clusters that show speed and rpm’s and both of these gauges come with small displays in middle to offer few details related to trip and ride.

Top of the center console brings a screen that is not that big when compared with similarly positioned performance models in the segment but still offers good functionality. Right from the screen and under it, we have air vents while further down to the gearbox lever there are various buttons and controls for air conditioning system, sound system and similar. The entire center console is slightly angled towards the driver but still easily accessible by the passenger. Alcantara seats with leather inserts are magnificent and give you great support and sportier feel than what you get from the standard version. 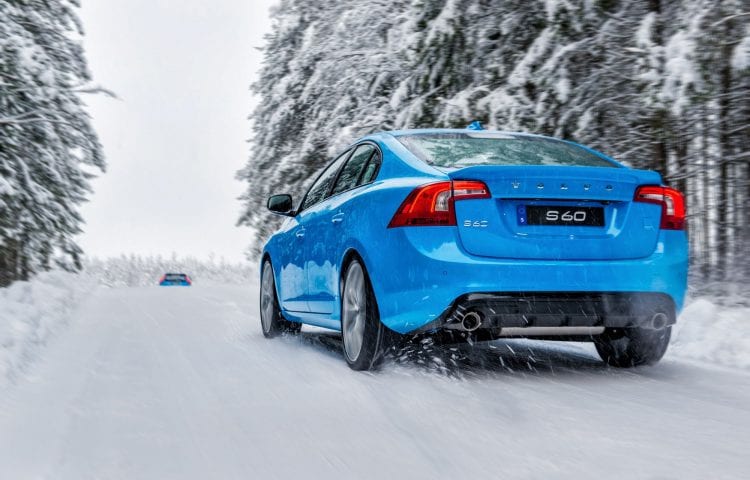 The new 2017 Volvo S60 Polestar should become available this summer, but pricing hasn’t yet been announced. Knowing Volvo, it will be competitively priced. Well, as competitively priced a sedan/wagon capable of sprinting to 60 mph in just 4.8 seconds can be. The previous model with 3.0 liter V6 engine was offered with a base price of almost $60k, and something similar is expected from this one also. Top speed is of course limited to 155 miles per hour, although we suspect removing the limiter will see this Polestar reaching 175+ mph.

We’re really eager to see it in action. If you’ve got the money and are in the market for a fast performance car, we’d suggest waiting until the summer when it becomes available. In short? It’s really worth it, and we want one badly.