In 2007 we saw VW bringing back the Tiguan model. Ever since it first debuted the model has been nothing but a giant success for VW, selling in over 2.64 million units at the writing of this article. Back at the 2015 Frankfurt Motor Show the Tiguan seemed to be getting all the attention despite the number of supercars and race cars present. It seems the general public couldn’t wait to get a hold on the brand new Tiguan.

The highlights and improvements that we were getting included more aggressive styling on the exterior, an upgraded front fascia which is now even meaner, thinner grille which is slimmer plus minor tweaks all over the car. Contrary to what everyone else is doing, the new Tiguan is a bit larger than the outgoing car. A new digital gauge cluster is present and so is smartphone integration through Apple CarPlay and Android Auto. This being a VW means it is loaded with the latest and best safety systems currently known to man. 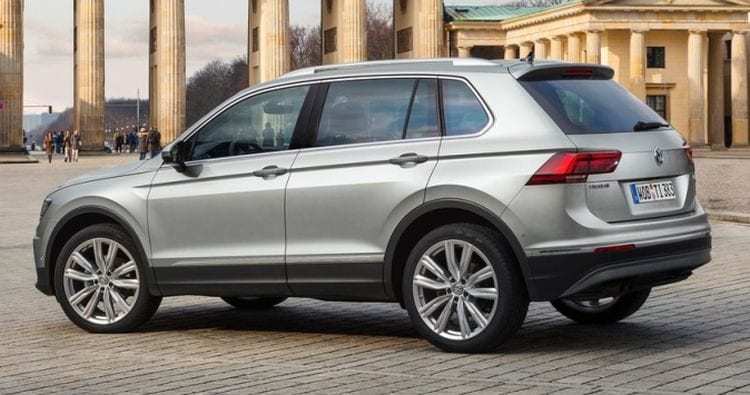 With cars such as the CX-5 and the Rav4 hot at its heels, the Tiguan has to offer something special to stay at the head of the pack. Thankfully the MQB platform it’s based on offers just that. With the usage of the tried and tested platform, VW has been able to save a few bucks in the research and development process, offering much more car for fewer dollars or whatever currency your country is using. The benefit of the MQB is immediately obvious. By using the same platform for multiple vehicles, you save the effort and money spent on development of a brand-new platform for each model. This doesn’t just increase profit for the manufacturer, but it also makes the products much more affordable for us customers.

The second benefit is the ability to modify it depending on the specific need for the market in question. The Tiguan’s in China and the U.S. have a much longer wheelbase for instance, while the ones in Europe have the shorter (standard) one. It may not seem like it, but the Tiguan is extremely versatile, making it a perfect candidate for the MQB platform.

The new styling of the Tiguan follows that of the Touran and a lot of the current VW models bringing it in line with other vehicles that German car maker currently offers. It’s the classic VW design language. Upscale, sophisticated and modern. The 2017 Volkswagen Tiguan is now 1.2 inches wider and 1.3 inches lower. It’s also 2.4 inches longer measuring in at 176.7 inches. This means it has a lot more room for both rows of seats and slightly increased cargo space.
All of the trims can be fitted with the optional off-road front bumper which improves the angle of approach by a great deal, increasing it from 18.3 to a staggering 25.6 degrees. The models equipped with the 4Motion all-wheel-drive system are 0.4 inches higher than the front-wheel-drive Tiguan’s, giving it a total of 7.9 inches of ground clearance. On the paper, it does offer great features for off-roading, and we can agree that it will be a decent choice for those that sometimes want to go off the paved roads.

The further we go, the more we start to see the similarities between this and the Audi offerings of the same segment. The chopped roofline, low and aggressive stance and taller beltline, it’s all there. That’s before even speccing the R-line model. Speaking of, the R-Line, it will get you 19-inch alloys as standard and 20-inch ones as optional. You do get unique bumpers and accents as per all special editions of a VW model. The other models (in addition to the R-Line) are the Trendline, Comfortline, and Highline. A GTE plug-in hybrid will be available too, and we think that if VW hits all the right spots, it could attract a huge number of buyers. 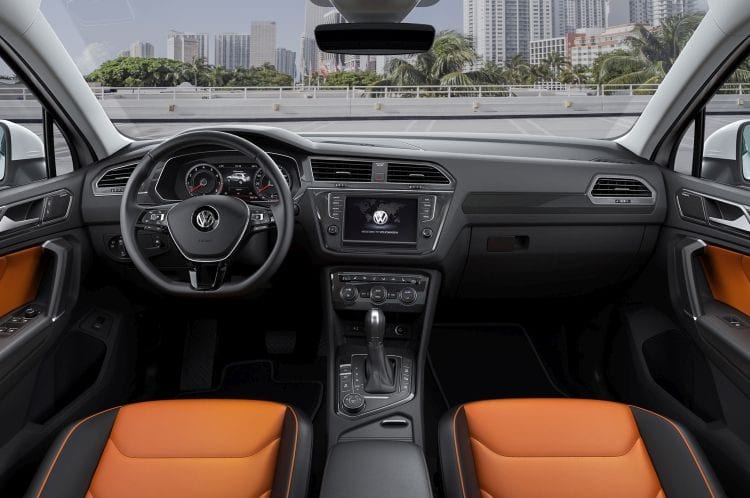 Much like the exterior, we’re very pleased with the Tiguan’s interior and the design. Again, the designers have managed to update it in a way which is in line with original version yet more modern. The same design and layout have been kept, but you can definitely feel that it’s a very grown-up vehicle. The interior is so nice we reckon all it will take to fool people that it’s an Audi is just a badge job. The upgrade materials are soft to the touch and just generally very pleasant. The 12.3-inch gauge cluster is just awesome and so is the 8-inch infotainment system. Both of these are configurable and can be customized to your likings.

With so much more space, we think the 2017 Volkswagen Tiguan is one of the best practicality/price/luxury vehicles on the market. The second-row passengers have 1.1 inches of legroom more while the cargo will now hold 18.4 inches of space rather than 16.6. The second row is capable of sliding 7.1 inches forward giving you more room at the back when you need to keep the seats in. If you fold the seat down completely, you get 58.5 cubic feet of space. 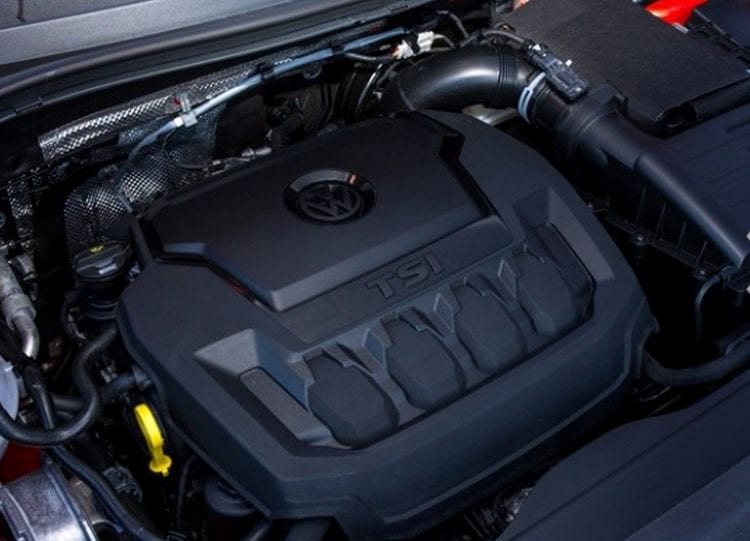 This being VW, there’s no shortage of engine options. There is a total of eight engine choices. All of them are compliant with the Euro 6 regulations and have turbochargers, direct fuel injection, and even a start-stop feature. This makes the new 2017 Volkswagen Tiguan 10 percent more fuel efficient than the outgoing model. We are getting the choice of four gasoline TSI engines and four TDI units. Almost all of the models get the option of an all-wheel-drive system with the exception of the most basic model. The TSI engines range from 123 hp to 216 hp. The most potent version is the 2.0-liter I4 turbocharged TSI unit.

The diesel versions can also offer decent performances. The highest rated engine develops 237 hp (twin turbocharged of course) and 36.000 psi of pressure in the fuel injection system. This makes the Tiguan one of the fastest cars in its segment, a true Q-car. The other diesel engines vary from 113 hp to 187 hp. Putting that power down to the road is the job of the fifth-gen Heldex center diff. Power is normally sent to the front wheels although it can be diverted to the rears should it detect any kind of slippage. To aid the center diff, there are electronic locks on the front and rear differentials.