The Scion brand has been introduced a while ago as a car maker for the younger generation. One of the latest models was the IA, a small sedan based on the Mazda 2 which came with a lot of features for its class. However, now that the Scion brand has been discontinued, the IA became the new 2017 Toyota Yaris IA. The name is not actually new as the car was previously sold in Canada under the same brand. Except for the badge change, the new Yaris IA is pretty much identical to the its Scion sibling and there are no real differences between the two. The price is the same, the interior is just as good as before while the equipment level has never been better.

But what is it?

The new Yaris IA is in fact a Mazda 2 on which Toyota built a new body. The end result is an arguably good looking car which is, unfortunately, not on everyone’s taste. Despite that it offers great driving characteristics thanks to its highly modular and rigid chassis as well as great fuel efficiency. 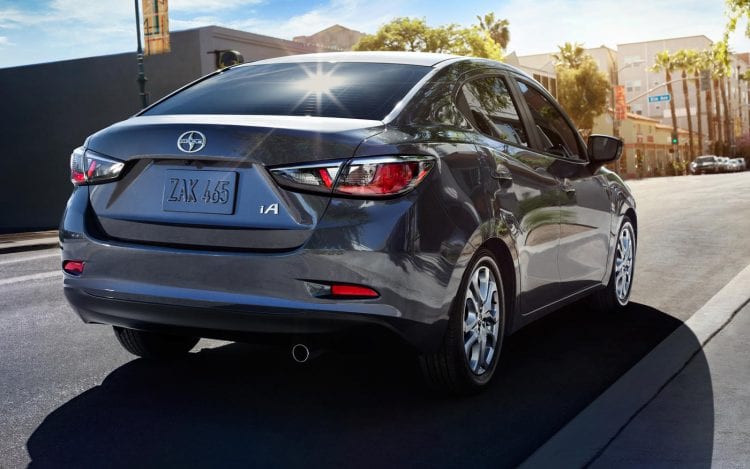 Also, starting right around $15,000, the new Yaris IA is one of the best cars money can buy at this price. On top of that it also gets a lot of features despite being so cheap. Luckily, even though the Scion brand is gone, there are still plenty of aftermarket features for it which will allow the buyer to customize the car to its own liking.

Here the 2017 Toyota Yaris IA is identical to the basic Mazda 2 and the only real difference is the Toyota badge from the center of the steering wheel. The base model gets all the equipment you would ever want in a car under $20,000. Push button start, a backup camera, a seven-inch touch-screen infotainment center, cruise control, USB and AUX inputs are all offered as standard. 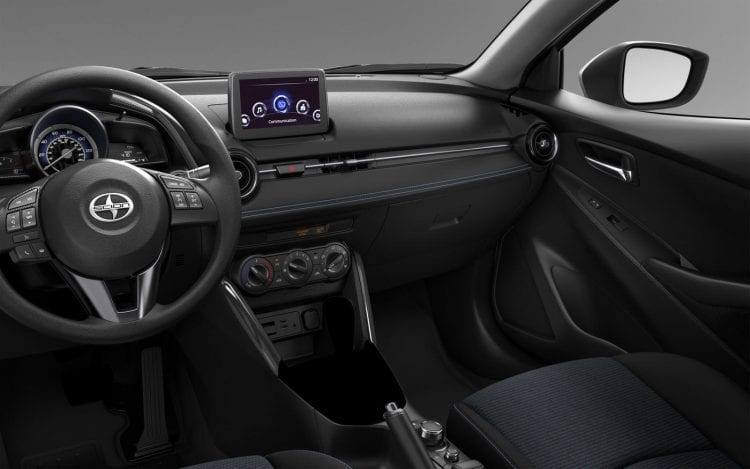 The infotainment can also be controlled via a knob on the center console, similar to what BMW is doing with their iDrive systems. The only option money can buy on the new iA is the six-speed automatic gearbox which is a worthy upgrade over the manual.

The new Yaris IA is identical to the Scion it replaces. In the front, there is the same large pentagonal grille which does make it look a bit too much like a Ford. However, it offers similar headlights to a Mazda and the general shape of the car is really balanced. The back is a bit too high for some but it still is a well-rounded car. The outside doesn’t give too many customization options from the factory but there are quite a few aftermarket parts for it. 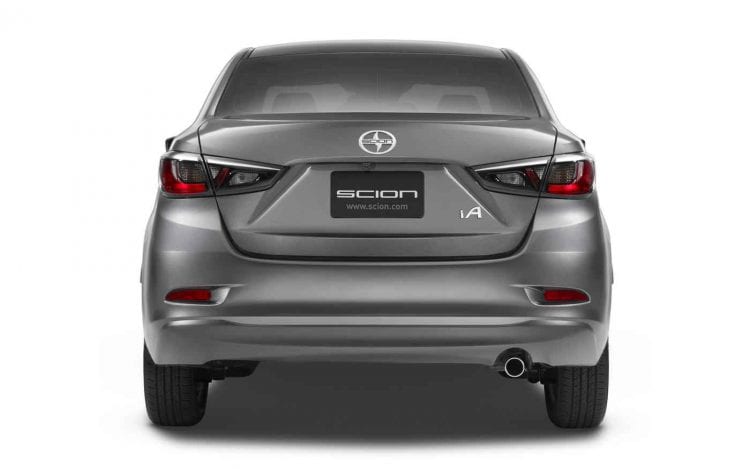 The 2017 Toyota Yaris IA comes equipped with a naturally aspirated 1.5 liter inline 4 petrol engine. This features 106 horsepower and 103 lb-ft of torque which is not much by any standards. The six-speed manual gearbox is good but requires a lot of involvement to make the car go fast. The six-speed automatic, which is an option, is a lot better in this regard. 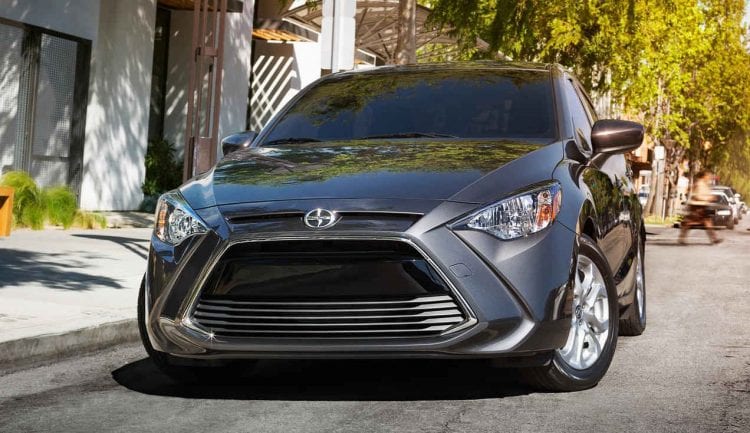 In any case, the car will hit 60 MPH in right around 9 seconds and it will do more than 40 MPG on the highway. The best part about it is not the engine but the chassis. Because it is a Mazda at its core, the IA drives beautifully for this price point. The steering is sharp and offers plenty of feedback, the driving position is great and the brakes are certainly above the average of its class. Thanks to its highly capable chassis we may even see higher performance models in the future.