Toyota decided to step up their game and introduce the 2017 Toyota Yaris for the European market with many updates outside and inside the cabin. The proportions of the model remain the same, but due to new exterior facelift features, the 2017 vehicle looks bigger. The larger front grille and wider taillights mostly contribute to that look, whereas the car features a new lower door molding on the sides.

European Toyota engineers who are in charge of aesthetics, added new alloy wheels, bumpers and slimmer headlights which are offered with LED daytime running lights. The team had to redesign the tailgate due to new taillights. The 2017 Yaris will be available in Tokyo Red and Hydro Blue which make the total of ten paint job options. 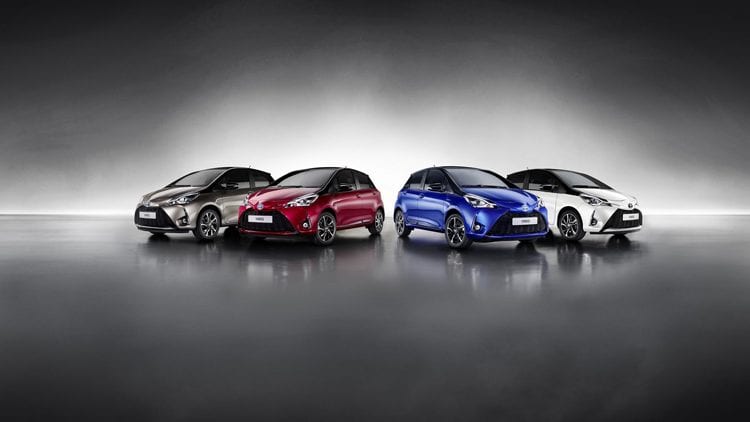 The new interior features more upholstery, color, and trim options. Offered as standard from the “mid” grade, a new 4.2-inch display is one of the major changes. Other than that, the 2017 model has new air vents, a blue instrumentation light, updated center console and redesigned switches. All of this contributes to a smoother look.

Apart from visual changes, the 2017 Toyota Yaris will feature some new hardware updates. The 1.33-liter engine will not be used anymore and will be replaced by a new naturally aspirated four-cylinder 1.5-liter which is good for 111 hp (82 kW) and 100 lb-ft (136 Nm) of torque. This engine enables the Yaris to reach 62 mph (100kph) in 11 seconds which is a 0.8 seconds improvement. Also, the new model is more economical since the fuel consumption is reduced by 12 percent.

Japanese car maker improved the driving experience of the 2017 model by smartly using the new engine mounts. The engine itself is 10-percent stronger, and the vehicle is more comfortable with fewer vibrations. The damping force of shock absorbers and valve design has been modified to make the passengers feel more comfortable without restricting handling. For better response and less friction, Toyota improved the electric power steering. The exhaust system features a new sub-silencer, whereas the model also has an upgraded air box intake system and front drive shafts suitable for redesigned front end of the car.

Just like other trim levels, a range-topper will also be introduced in Geneva in March and will have more than 210 hp (156 kW). The three-door vehicle will be a worthy opponent to other top hatches.