If you are not in South East Asia, you are maybe not familiar with Vios moniker. In short, it is Yaris sedan intended for mentioned market. Current third generation of Yaris dates back to 2010, but current Vios is not what correspond to that Yaris. Vios that was introduced in 2013 carries its own design language and entirely different cabin, with no visual resemblances at all to Yaris. And interestingly sedan and hatchback don’t share same fascia, just cabins. Four years has passed since then, and now update for sedan version has just arrived in the form of 2017 Toyota Vios preparing to land on Thailand shores.

Vios appeared as a small, serious looking sedan, with sharp lines and quite well executed overall shape of the body, especially considering that car form in that class often misses checking that part. Refresh diluted part of the sharpness on some places, but it brought newfound elegance and incredibly more refined appearance in total. 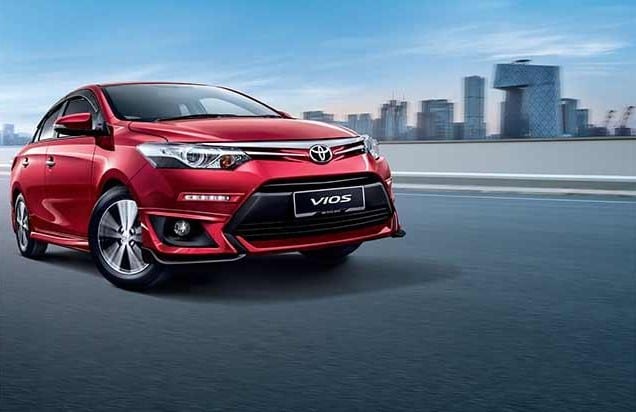 We have less angular but more stylish headlights, huge grill in resemblance to the one on newest Camry and vertically positioned LED daytime lights. Same goes for the rear, less sharpness more elegance, especially for tail lights, while horizontal chrome line now stretches into the lights. Honestly, sub-compact sedan is rarely about the looks, but new Vios might just change that recipe.

The cabin remains cheap both in used materials and design and much worse compared to the offer from international Yaris. Even the modernity of Yaris’s cabin can be questioned, after seven years of life span, but Vios’s interior is even far away from that one. 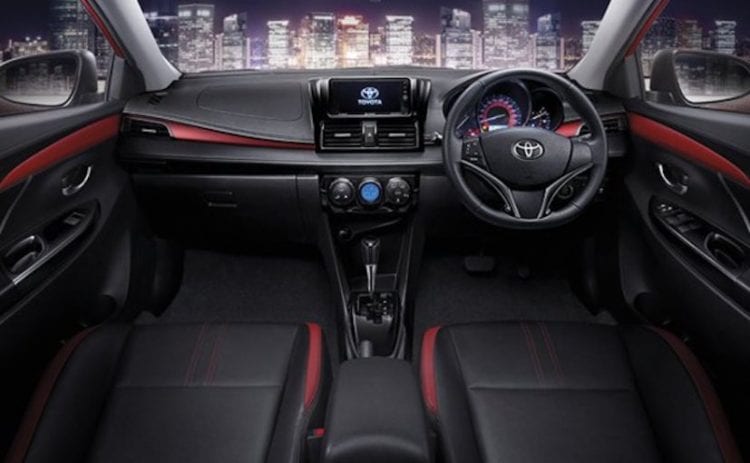 There are some tricks to break the bad feeling about it, as 7-inch infotainment screen, optional reversing camera, while Thailand models come with four different interior themes, with for example red accents on the doors, dash, seats and same colored contrast stitching if you opt for the sporty variant.

There is only one engine option, 1.5-liter L4 VVT-i petrol unit delivering 108 hp and 103 lb-ft. These numbers should be viewed as decent figures. Engine power is sent to the wheels through CVT automatic which has seven fake ratios, while manual doesn’t exist even as an option. 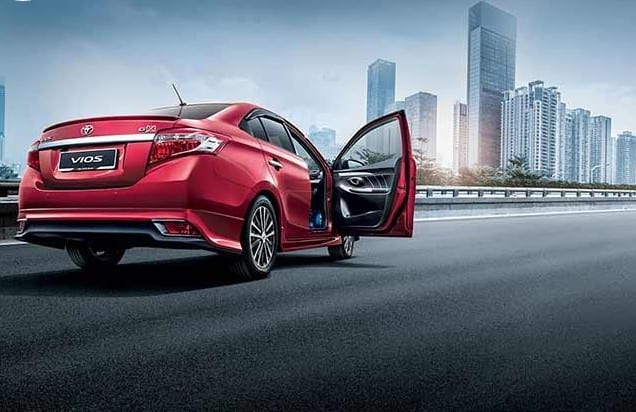 For standard equipment Vios gets two airbags, ABS, EBD, ESP, VSC, brake assist and Isofix attachment points, so there is nothing of latest safety technology, missing quite a stuff from the passive side of it, let alone latest active systems.

SHOULD YOU GO FOR IT?

Definitely. 2017 Toyota Vios has a cheap interior, small engine offer, and lousy safety systems, but that is quite reasonable for the market that it inhabits and same priced rivals are nothing better in that field also. With the price of 609,000 baht in Thailand, Vios is quite an alluring offer, despite a price tag of $17k for that type of product might seem shocking elsewhere. Thailand is a special market, with special rates and special needs, while Vios might just become the best-looking thing over there if you want to count every baht spent.