Although we still do not know the exact name of the new model, we expect that it will be called Supra and you can take a sneak peek at it right here. Toyota decided to test its new vehicle in Germany, and by the looks of it, snow does not present a problem for this one.

It is obvious that Toyota does not want to share too much since the vehicle is still wrapped in camouflage. However, there are some noticeable features. Although it is nowhere near complete, two large side air vents and one in the middle give the front fascia a sporty look. The front of the car also features a nose that sticks out more.

The vehicle on these photos brings taillights particularly similar to those that can be found on the latest A80. Other than that, a set of dual exhaust tips and a new spoiler are also exposed on the rear. What Toyota will decide to keep for the production version is still a mystery.

The Japanese car maker might have gotten the idea for the Supra in the FT-1 concept since the new model looks similar to the one that debuted three years ago in Detroit at the North American International Auto Show. Some of the similarities include the “double bubble” roof and noticeable angled front. 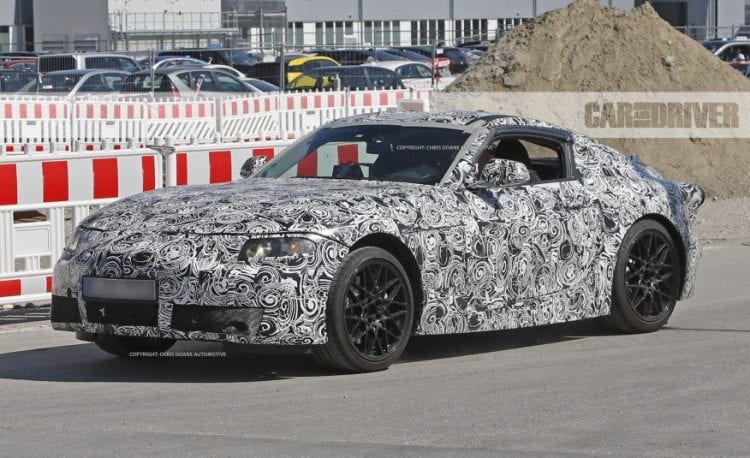 We still do not know what powertrain the new model will have, but we expect that it might feature BMW-sourced turbocharged inline six engine along with Le Mans-inspired hybrid system. Just like the BMW Z5, the new Supra will have the same platform and several power options will be available. Toyota has not confirmed if the vehicle will feature all-wheel drive, but we highly doubt that it will.

Both the new Supra and the BMW Z5 will be introduced towards the end of 2017. Combined number of approximately 60,000 vehicles is expected to be manufactured at Magna Steyr in Graz, Austria and a coupe version of Z5 is supposed to come out later at some point.

The Supra is probably one of the names most people around the World know even though they might not like cars. The name became popular in the early 2000s when this car has been featured in many movies and thanks to its huge tuning potential. It was quickly adopted by enthusiast that tuned this car in some cases to insane amounts of power.

However, since it was discontinued back in 2002 Toyota hasn’t released a successor which is unusual especially since they have been showcasing concept cars ever since early 2007. Not too long ago strong rumors suggested that a production vehicle was ready to be shown but since then nothing came from Toyota, not even a press release. Is it time to change some of these things and to offer more details? Let’s see what rumors say.

This is odd mostly because Toyota did work with BMW in order to develop the upcoming 2017 Toyota Supra, a car which will use the same platform as the future Z4 as well as similar engines. This might be the main reason for not being released as its close sibling is still a year or two from production. We only hope that Toyota will release the car a bit faster because the market moves at a very fast pace and they might be late to the party and lose a lot of potential customers. 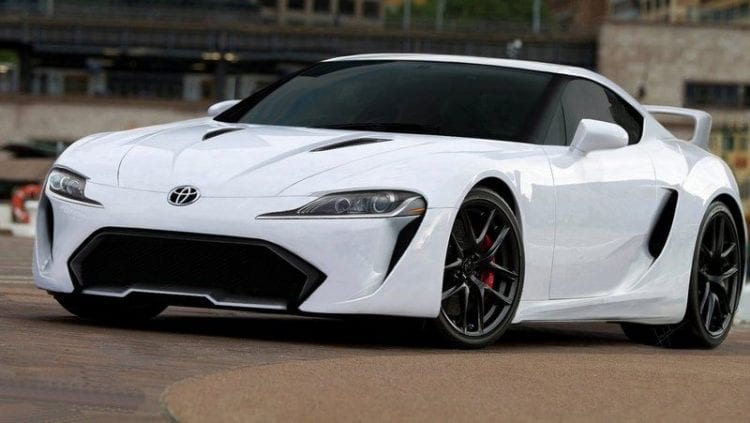 That’s right, even though these are only rumors at this point, considering the work Toyota did with BMW. It is very safe to assume that the Toyota Supra 2017 will be offered with either a 3.0 liter inline 6, just like its predecessor, but this time with added twin-turbocharger or with a hybrid powertrain which will use the same petrol unit. The first model of the car might offer more than 400 horsepower and 400 lb-ft of torque, enough to get the light frame to 60 MPH in less than 4 seconds which would be better than the original turbo version. The higher end hybrid version of the car is expected to use an extra of two electric motors and a set of batteries that will amp the power to around 550 to 600 horsepower and more than 500 lb-ft of torque. This would be enough to take the head of the current king, the Nissan GTR or at least to compete with it and offer a similar level of performances.

However, recently we could hear rumors from few sources that suggest that it will be released sometime in the mid of 2017, the upcoming Supra has a really big set of shoes to fill in as its predecessor was a great car. The new model will likely cost a lot more than the previous iteration as well with a rumored price of more than $60,000 for a base version and as much as $100,000 or more for a top of the range version with the top end engine.

Here is a video of Toyota FT-1 Concept, just to give you further idea on how the new Supra could look like: