Minivans, standing in the corner of the automotive market with their looks pointed to the ground, waiting for their five minutes of fame. Waiting all the way from 1984 and introduction of Dodge Caravan and Plymouth Voyager after which this segment didn’t receive its five minutes yet, despite them being most versatile part of the car world. Maybe the shape of moving wardrobes or sliding doors are to blame, but what is certain is that mass introduction of crossovers definitely contributed to halving the sales compared to 2005. Now only six brands still stand and fight in this part of the market, sharing something over half million sales per year, which is not all that promising.

2017 Toyota Sienna is part of that “minivan” company, although it is far from “mini,” being over 200-inch-long. The desire to make it worth living has brought a new engine to its lineup. Same as one in existing Highlander, four-cam 3.5-liter six cylinder unit with 296 horsepower and 263 lb-ft of torque is making this Sienna more powerful than ever before.

Variable intake, exhaust valve timing, with 4700 rpm torque peak, and it isn’t shy of big revs too, keeping its breath until 6600 rpm with red color starting to appear with plus 150 rpm added to that. It is also more economical, between one and two mpg compared to the previous version, which is due to the Atkinson-cycle operation during cruising, 11.8:1 compression ratio and a new eight-speed automatic gearbox. Even with these changes and upgrades, it is still behind Chrysler Pacifica by four mpg according to EPA highway ratings. 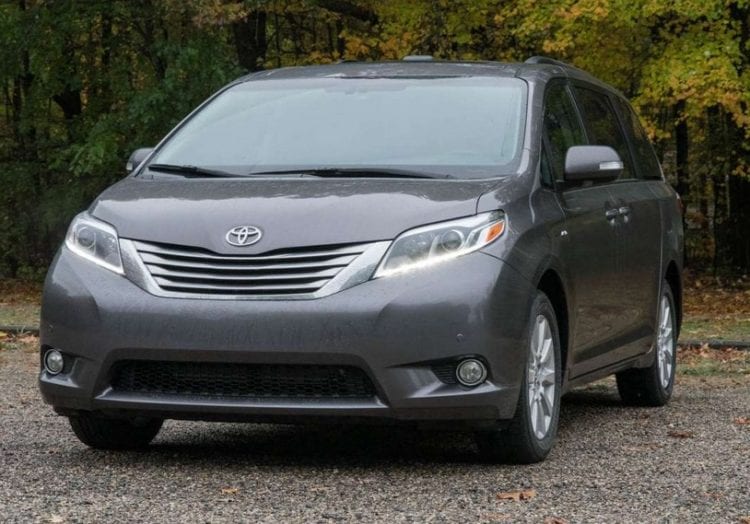 Its optionally all-wheel-drive system is definitely putting some extra pounds to the weight comparison with the competition, but zero to sixty time of 7 seconds is going to put its rivals to shame. Same goes for drag race, which Sienna finished with “blistering” 15.4 seconds and 92 mph for quarter-mile stretch. Passing acceleration from 30 to 50 mph is still class leading, but 50 to 70 mph is shaking its crown as Kia Sedona and Nissan Quest are giving it more. Reluctant transmission is to blame, which is acting as it is scared of shifting hard down causing high revs, and possible cure could be engaging ECT PWR button and then forcing it to become more aggressive. 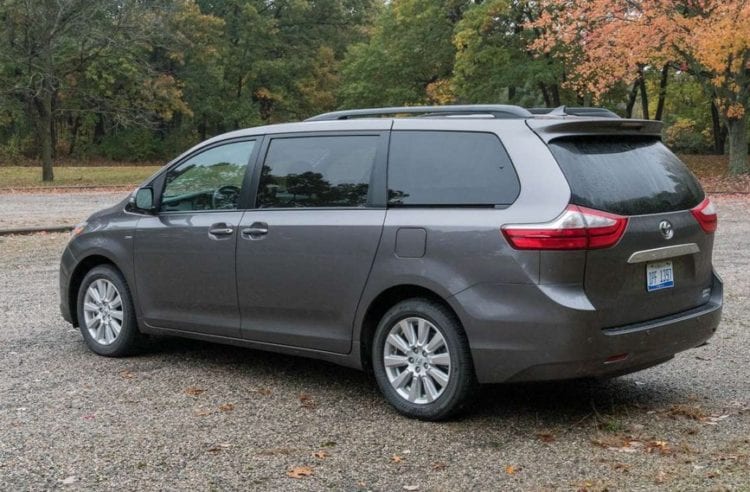 The grip and handling are sort of neglected territory with minivans, but since it is contributing to safety lets pay attention to it also. While 18-inch Bridgestone Turanza EL400-02 run-flat all-season tires will perform as decent, ESP will intervene with traction power and allow 0.77g, which is definitely less fun than Pacifica’s 0.84g. Although keep in mind that Sienna in SE trim has sport suspension and 19-inch tires as standard. Anyway it’s a minivan, it shouldn’t be sporty and steering wheel is not going to transfer much about car whereabouts and level of grip, but it is quiet, which is more appreciated here.

Features such as lane-departure warning and lane-keeping assist are currently reserved for next generation due to come as 2018 model. Other safety tools as stability and traction control, adaptive cruise control, automated emergency braking, automatic headlamp high-beam control, a wide-angle backup camera, and blind-spot monitoring with rear cross-traffic alert are included with the top Limited Premium trim. If you want engine power to be sent to all wheels, it will make your wallet slimmer for $1,140 and also steal two mpg, so it is something to think about. 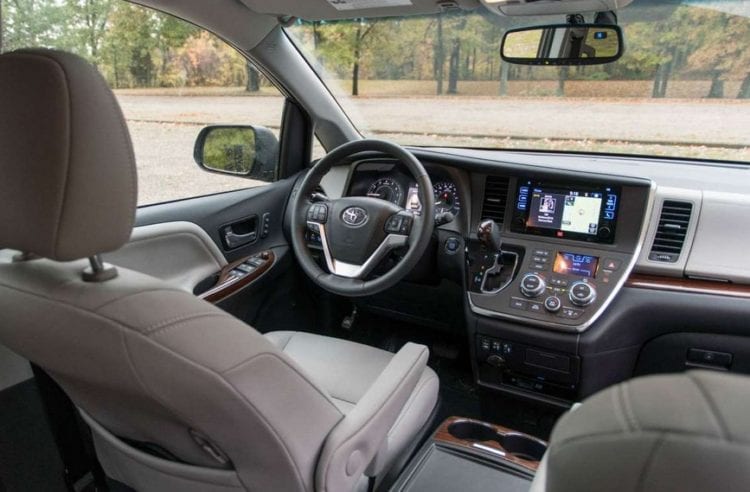 Finally, the part where this people carrier can shine. Sienna can seat five or eight people in a manner that only MPV can. Large doors, second-row lounge chairs in three-row placement with sliding option of 23 inches, third row spacious enough for teenagers and can still drop to the floor with ease, and finally 150 cubic feet of space capable of swallowing four-by-eight-foot sized objects. 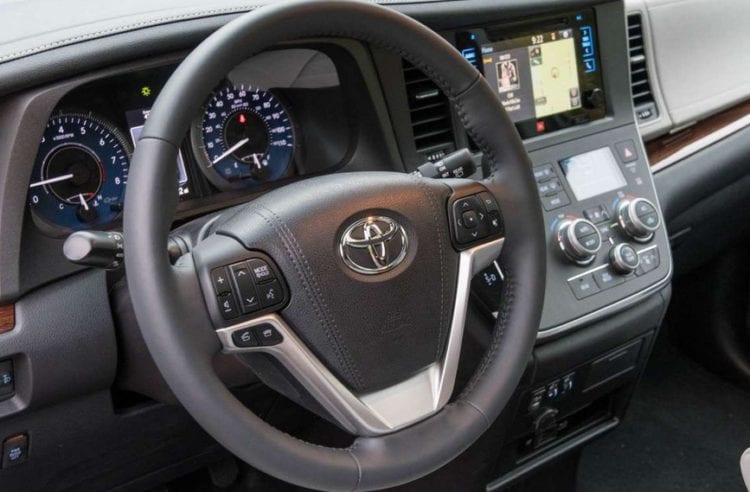 Connectivity is sort of an issue since three 12-volt DC sockets, two 120-volt AC outlets, three auxiliary jacks, two USB ports, and one SD-card slot, won’t satisfy today’s hunger for it. Those 14 drink holders and wide-angle mirror to monitor children energy spending at the back won’t create better feeling about the interior, even though you can address them through the audio system’s rear speakers. Same goes for nearly $50,000 car interior materials and fit and finish. Lower parts are of the questionable quality of plastic and wood parts doesn’t have to be touched to be realized that they didn’t come from the forest. Leather upholstery wouldn’t impress either.

If you are smart, you would go with entry level model with the cost of sub $40,000 and just leave Limited Premium with its price sticker to someone else. Or you can just check out the Chrysler Pacifica or Honda Odyssey. Furthermore, you can exchange the thought of buying this Sienna and wait a couple of months for new model hoping that it will be worth of waiting for.