Toyota has decided to offer full-size SUV in 2001, but with proper capabilities, so body-on-frame setup was inevitable. It was conveniently named Sequoia depicting its size, which is an appropriate match to the famous tree. The second generation rolled off from the factory in 2007, and while Toyota planned to dismiss it in 2013, it is still very much alive as we see. 2017 Toyota Sequoia has been living its tenth year of life and question is, should it be left to live some more.

It looks like a perfect inspiration for the name. Massive, bulky, huge, pick any that you want and it will fit it. The vast and bold grill is just supplementing the whole situation. 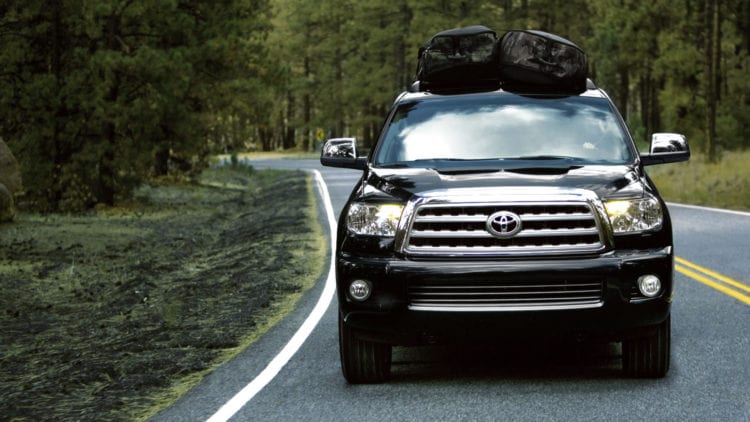 If we take that design is decade old it is still holding respectably, but we think that nobody would mind if new model arrives. Rivals have been evolving in the mean time, and that is seriously hurting Sequoia’s already troubled sales from the beginning.

The whole car was very competitive back in 2007, but today its age is most easy to spot inside. The cabin is just outdated and unimaginative compared to modern rivals as Nissan Armada, Chevy Tahoe, Dodge Durango and pretty much any other that you can think of. 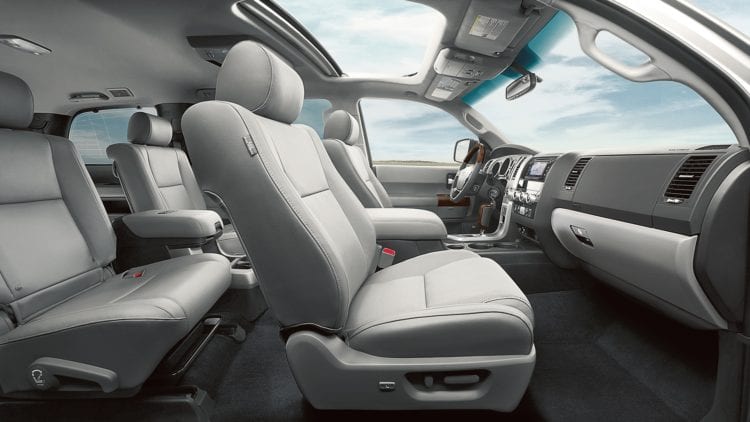 Materials are rough, and while it is a proper off-roader, its price tag should give more quality as the competitors do. The third row of seating disappointedly doesn’t provide the expected roominess and this is a blow to its core.

The SR5 trim as base one and offers a 6.1-inch infotainment system, a backup camera, an eight-way power driver’s seat, and Bluetooth streaming audio. The next step on the features ladder is the Limited model with leather upholstery, a standard power tailgate, a power folding third-row seat, parking sensors, a JBL audio system, and 20-inch wheels. 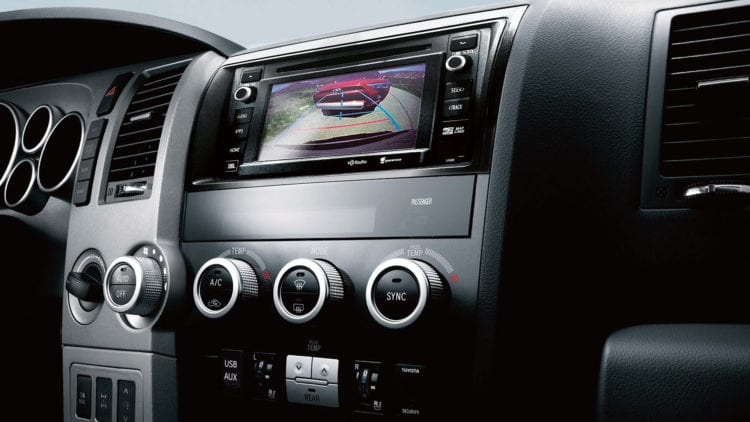 Cream at the top is Platinum, which adds adaptive cruise control, navigation, a Blu-Ray rear-seat entertainment system with a 9.0-inch screen, and air-conditioned front seats. Long life span is seen here too, as some modern options are not on the menu.

This is the area in which it can shine, despite the fact that only one engine is offered. The 5.7-liter V-8 that produces 381 horsepower and 401 lb-ft of torque, which can propel this mountain from 0 to 60 mph in 6.7 seconds making it among leading crowd in its class. Incredibly 90% of torque is offered at 2,200 rpm giving it diesel like capabilities for driving acceleration. 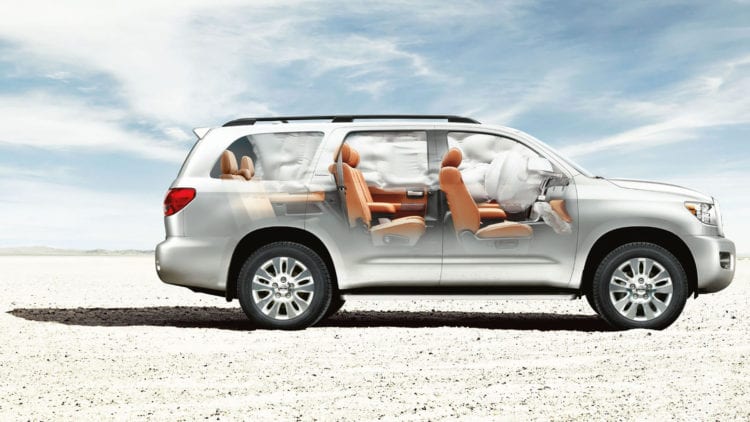 Towing capacity is 7,400 pounds, not best in the class, but also not for dismissing. Although it shares everything with Tundra, Sequoia got an independent suspension, allowing it to drive magnificently for this segment. It can even corner without spilling all your drinks in the cabin and overall satisfaction is supplemented with quietness and good maneuverability, for its size, clearly. Toyota would like if we omit fuel efficiency data as it is worst in its class with only 15 mpg combined.

It is clear that 2017 Toyota Sequoia should be a new model, even model year 2014 could prove as suitable, but we have what we have now. While it is properly named it is improperly long with us, so styling wise it is outdated, less on outside, clearly on inside, and fuel consumption is insulting its name connotation. Attractive attributes could be a very good ride, acceleration, and maneuverability and whether that is enough for shopping ten-year-old model is up for buyers to decide.