Prius is a sort of celebrity in the automotive world. It was born in 1997 with the idea that hybrid technology could appeal to masses and eventually it did. It has better sale figures than most compact hatches and everybody famous, desiring green image, had to own one, at one point. New 2017 Toyota Prius is in its fourth generation, and while sales are declining in last few years, we’ll see whether it has something up its sleeves to turn the tide.

It looks over the edge, and believe me, there are edges and lots of them. The car is absolutely angular and don’t try to compare it to anything else. This design language is in its own territory, and only other creatures of Toyota could be compared with it. One of them would be Mirai, as they share many lines. 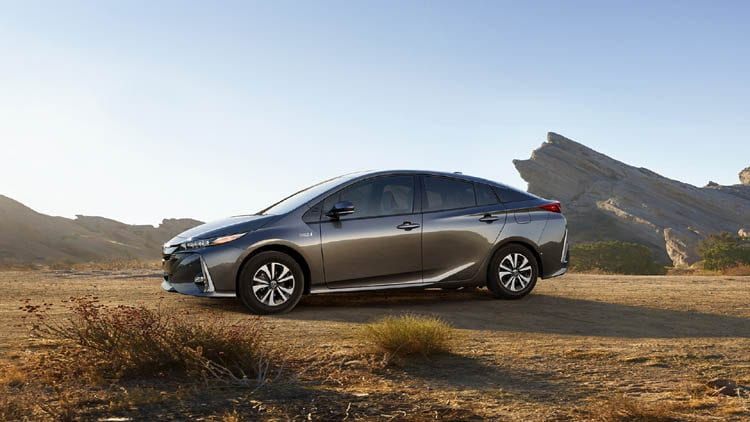 It is hard that someone will find its appearance as lovely, but it will definitely please anybody’s desire for distinctiveness. This car is different under the hood and exterior shouts that out loud. Plug-in hybrid version, Prius Prime share same styling craziness but the execution was better planned especially at the rear, where you can actually become fond of “Batman” taillights.

Whole styling idea is carried over to the cabin. Although levitating dash from the previous generation is gone, it didn’t become usual either. New materials are much more pleasing, which was hurting point of all predecessors, and so is new more sculptural design. 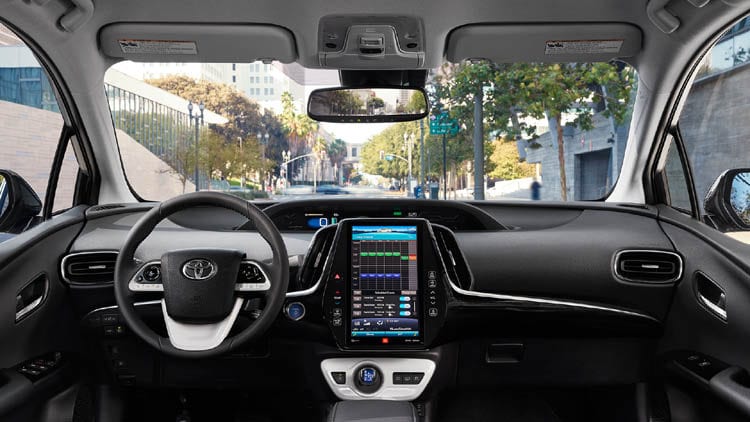 It is definitely stepping into the right direction. Another good step is improved front seat comfort, but sadly even more descending roofline took part of headroom at the back and in reality, you can forget about seating five, so you better settle with four adults there.

Under the hood, there is nothing spectacular and old 1.8-liter inline-4 that makes 95 horsepower is occupying the space. As with hybrids, spectacular is located under the rear end, to be more precise under the rear seats as the location was changed from under the deck with previous gen. 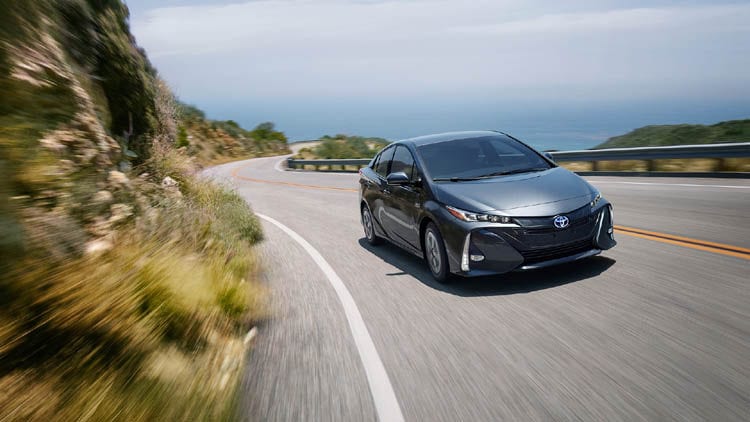 Now there are two battery choices, base one 1.2-kilowatt-hour nickel-metal-hydride battery pack, which is usualy one that we saw in every Prius of the previous generation and now there is new lighter and more compact one, the 0.75-kwh lithium-ion battery. When you mingle electric motor and gasoline engine power, you get 121 hp combined to play with, which is actually down from last year’s 134 hp. 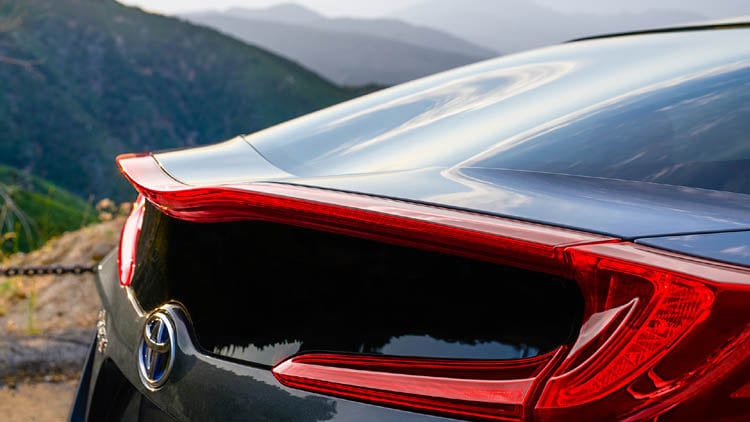 Toyota tried to dispel doubts by providing an explanation that different mathematics were used in the calculation of combined power. Anyway, one thing is clear, Prius is no longer racing simulator for kids, and it feels finally like a car when driven, and that was something desperately needed. And one more thing is also clear, and that is the best fuel efficiency on the US market as it can pull staggering 52 mpg combined and even 56 mpg in Two Eco version.

Looking at the Prius lineup, we can see that it is offered in three different versions and each of those comes in two trims, the result is that you have a total of six unique options. For standard equipment count on LED daytime running lights and taillights, active grille shutters, rearview camera, a 4.2-inch color information display, keyless ignition and a 6.1-inch touchscreen for infotainment, which is overall decent.

Prius is a pioneer of mass-produced hybrids, and it is nothing short of a legend in its class. As for 2017 Toyota Prius, it came well improved, with normal ride sensations and much more refined interior. Also, Japanese company made sure that it can suit everybody’s needs so feel free to choose between four models – Prius, Prius Prime, Prius C and Prius V. With a price below $25,000 it will still stay the first pick in the segment for sure.