The sales of crossovers are booming all over the world, with tens of thousands of units sold every month. Toyota has been an important player in the segment with several popular SUV’s all these years because of the fast and effective updates and an impressive load of features. The Highlander model is among the manufacturer’s main vehicles that enjoy great demand on the international market. The previous year Highlander was no exception and has done very well, providing the company with record-setting sale numbers in 2014 and 2015 with more than 146,100 and 158,916 units sold internationally. The decision to take advantage of the Highlander, therefore, was clear, and the company has proceeded with the debut of the 2017 version at this year’s New York Auto Show.

The first look at the new Highlander reveals some noticeable changes in the exterior and equipment, such as redesigned front grille, new safety features, trims, engines, and transmissions. It continues to be very efficient in term of cargo, offering the space for eight passengers and a lot of baggage. The customers will also be glad to know that the manufacturer has provided a number of different engine options, including gas and hybrid powertrains. Moreover, a lot of optional stuff is available.

Even though the full details are still unavailable, we have plenty to talk about because the manufacturer has shared much about this highly anticipated vehicle.

The exterior of the latest Highlander is almost identical to the last year’s model, except the front grille that was redesigned. It provides the vehicle with more aggressive and sporty appearance that any great SUV should have. Earlier, the Toyota emblem was held by the large chrome trim, but now it has been replaced by a couple of bars, which looks good. The headlights also received a lot of attention from designers: they are completely different and revised with more LED elements to improve the illumination. 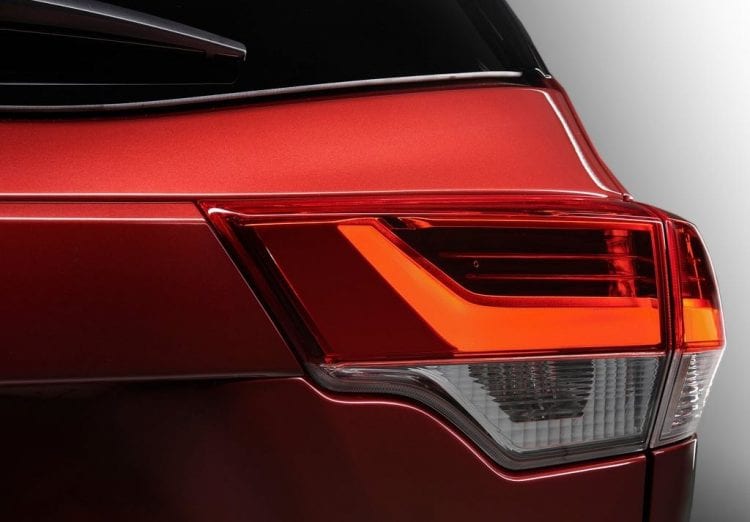 In addition to chrome trim, the body-color bumper had also been lost to give the vehicle more luxurious appearance, which reminded us a little bit of models from Lexus. On the side, Highlander’s fog lights were repositioned similar to what we get from RAV4, which gives the vehicle a stronger and bolder look. 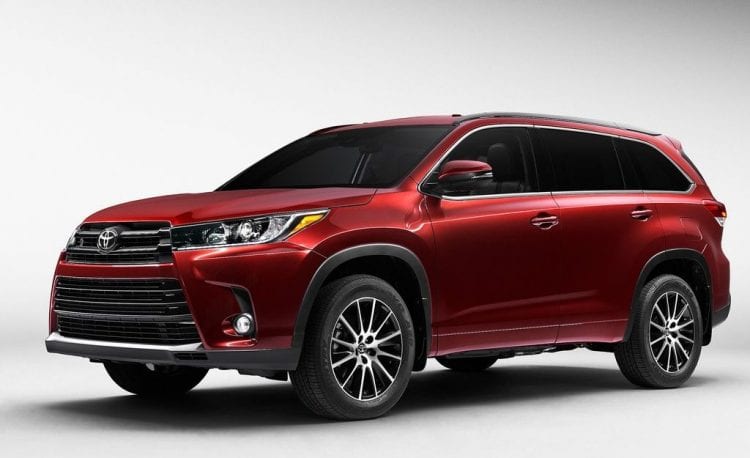 The rear part of the vehicle has not changed: it has a large spoiler above the tailgate, black cladding, and large taillights. We do not mind that the rear was carried over from the previous generation because most of the exterior was also copied, so the style is consistent. There are some new colors available for customers, including Salsa Red Pearl, Toasted Walnut Pearl, and Celestial Silver Metallic.

Inside the cabin, we have not discovered a lot of changes, either. However, we found that the manufacturer had used some new and upgraded materials to refine further the interior, including the new brown leather that can be seen on some other Toyota models, mainly premium ones. The SE trim also has black leather seats that are bringing silver accents and matching dashboard and door inserts, which looks very sporty. The long journeys in Highlander will not be boring with a load of high tech features provided inside the cabin, including the current Toyota infotainment system, premium audio system, and four USB ports throughout the cabin. 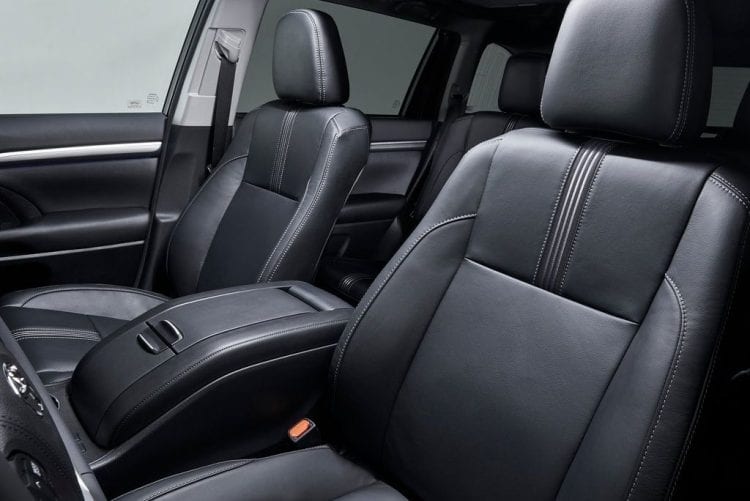 According to the manufacturer, the new Highlander will come in eight seat configuration as standard thanks to a second-row bench seat. Here, we have to give Toyota some credit because not so many crossovers on the market today come standard with seating for eight, which allows busting the myth of inability of SUVs to include as many people as could be in minivans. The second row can be optionally changed for captain’s chairs to improve the comfort and make the access to the third row slightly easier.

The Japanese manufacturer has provided a great selection of engines for the latest Highlander lineup. As standard, the model receives the most recent 3.5-liter beast, more compact and efficient than ever before. It also features direct fuel injection resulting in more power and better fuel economy. Improvements are achieved thanks to the latest technologies used by the Japanese designers.

Although the manufacturer has not shared the details of the engine yet, we think it is safe to assume that it will produce around 290 horsepower and 250 lb-ft of torque. To compare, the previous generation of Highlander features an engine with 280 horsepower and 248 lb-ft of torque. As for the fuel economy figures, we expect them to exceed the 19 mpg city and 25 mpg highway of the previous model. It might not be a revolutionary improvement, but still, it is a nice upgrade in both power and efficiency. 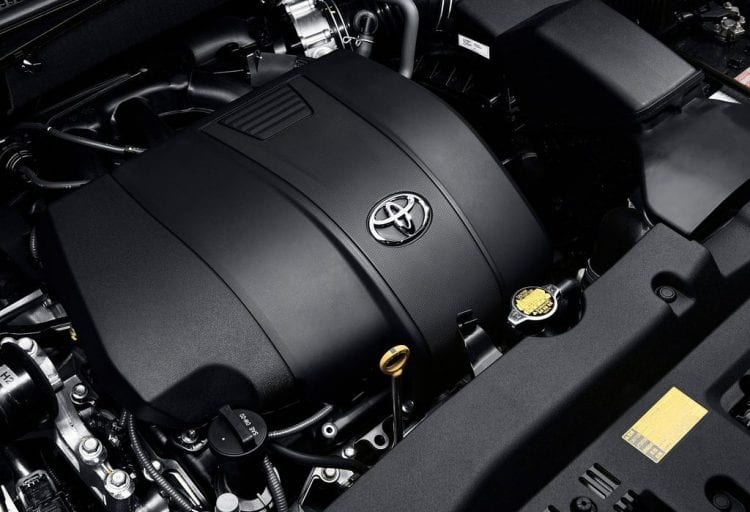 Further updates are provided with the transmission. The previous six-speed automatic unit is now replaced with the latest eight-speed automatic gearbox, which, according to the manufacturer, will deliver a more direct driving feel. Well, at this point, we have to wait and see about that, but it will certainly be good if the new transmission would provide an enhanced driving experience.

As for the hybrid, the model comes with 3.5-liter V6 unit and AWD is offered as standard.

The new Highlander will be as safe as it gets, at least it is what the manufacturer says. The official Toyota site claims that the model will have the latest Toyota Safety Sense System that includes a lot of advanced safety features, such as Pedestrian Pre-Collision System, Forward Collision Warning, Automatic High Beams, and Dynamic Radar Cruise Control.

Among these features, there is one that should be described separately: Perimeter Scan system. It gives the driver a live rotating, 360-degree view around the vehicle using the exterior camera system that consists of four cameras, which greatly enhances the safety and environment awareness. 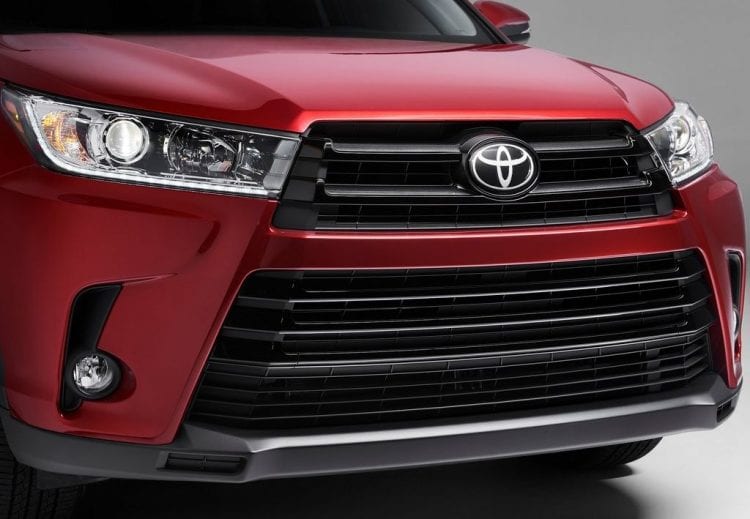 The prices for the new Highlander are most likely to be increased from the previous generation but given the number of advancements the increase should not be substantial. Knowing that the 2016 model’s starting price is $30,490, the price for the latest Highlander should begin at $30,950 or even slightly less than that. We also think that the most expensive trim level, Limited, should start at around $41,000.

The optional features will increase the price by several thousands of dollars. If you want AWD system to be added be prepared to give about $1,500 more over the trim base price. Most expensive is the Hybrid Limited trim and for that one, you will have to give over $48,000.