If you live in Europe or US, chances that you know about Toyota’s Fortuner are very slim. On the contrary, if your home is located in Asia-Pacific region there are very slim chances that you never heard of the car in question. The first generation was introduced in 2005, and it is basically Hilux with added metal body sheets.

This means that it represented proper mid-size SUV with the ladder frame and more than decent working capabilities. Firstly it was built in Thailand and later in many other places like India, Pakistan, Argentina and Indonesia, trying to avoid hefty taxes on imported vehicles in most of the cases. It is the best-selling SUV in its class in Philipines and Thailand, while it definitely enjoys huge popularity in India also. The second generation was revealed last year, so it’s time for us to see what’s 2017 Toyota Fortuner has to bring to the table. 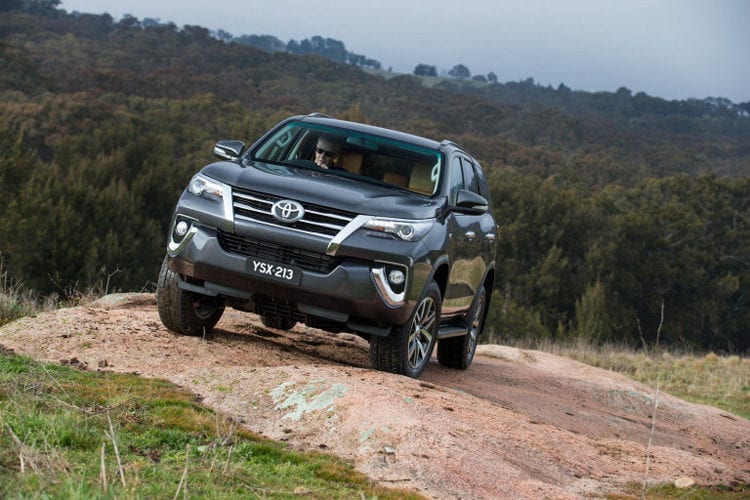 The first generation stayed in the production for ten years, and despite two facelifts, it was about time for proper changes. The second generation brought totally different design language, which was expected after that much wait, and now it is obviously close to current Toyota styling trends. Despite it is still based on Hilux, same as the first generation this one is offered with plenty of its own design cues, so it doesn’t instantly resemble its donor. 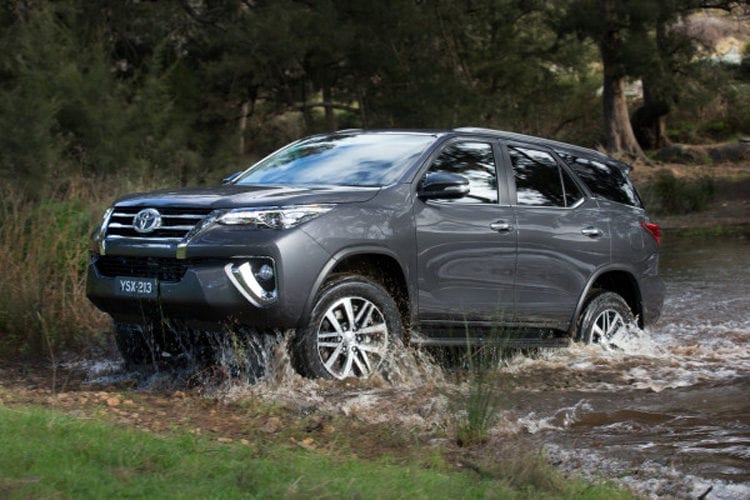 So, at the front, the car certainly looks interesting with lots of chrome, elevated stance, and hood bulges. The rear is even more unique with raising chrome line at the bottom of the windows to blackened back pillars and even with the roof spoiler, making it distinctive among the crowds. Dimensions compared to the previous generation remained the same, despite the visual sense of enlargement.

The previous generation carried almost identical cabin to the one in Hilux. Current model went a separate way, and it proudly features unique interior. If we compare it to the European counterpart Land Cruiser Prado or US’s one 4Runner, cabin clearly lacks refinement and comfort. 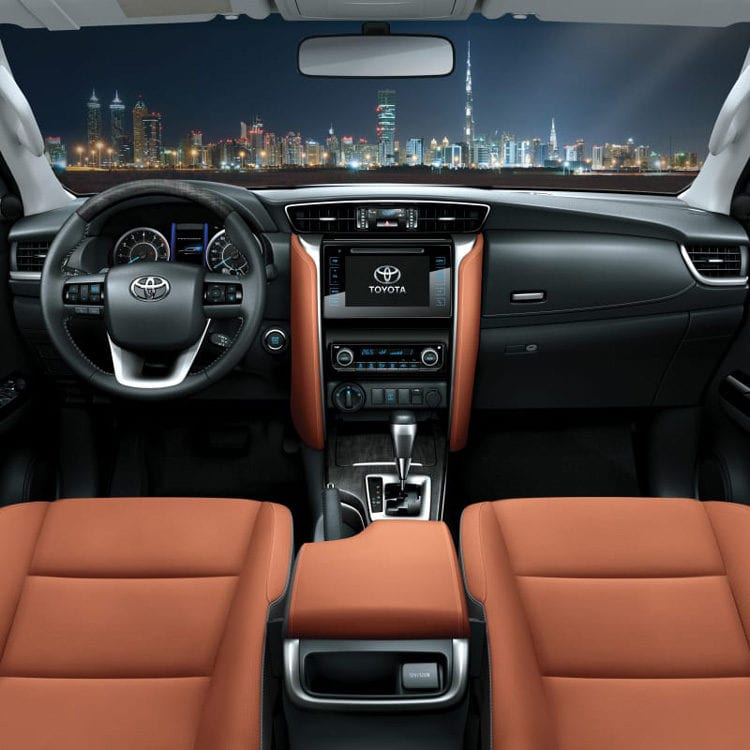 Anyway, this is a product for specifically targeted markets, and it satisfies preferences of those markets in a decent manner. Adding to that, the design and used materials are huge steps forward compared to the older model. The cabin can be furnished with nice comfort elements such as leather seats, electrically adjustable driver seat, 8-inch touchscreen infotainment system with satellite navigation, digital audio streaming and radio, Bluetooth, paddle shifters and it can still carry up to 7 people in proper comfort.

Two choices for two fuel preferences. One is petrol powered 2.7-litre, 4-cylinder, DOHC dual VVT-i engine rated at 166 hp and with peak torque of 245Nm. Another choice is diesel propelled 2.8-litre unit delivering 177 hp with rather high 450Nm of torque. 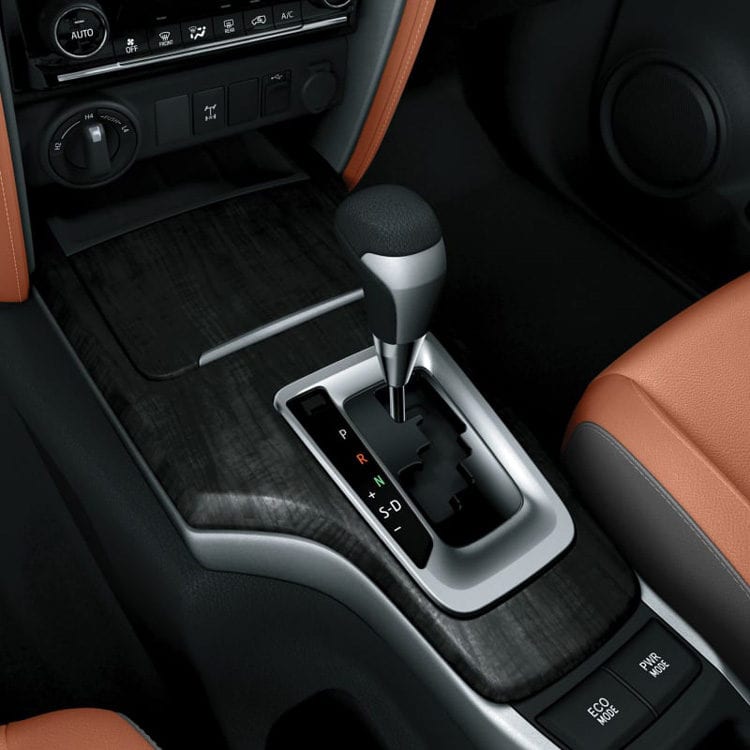 Mentioned diesel is new engine replacing old 2.5-litre and 3.0-litre units. Both options can be paired with 6-speed manual or 6-speed automatic transmission. In base trim, Fortuner comes with RWD, but you can check AWD on the options list to make it complete and more capable.

2017 Toyota Fortuner is still a highly desirable choice in parts of the world where it is offered. It still has proper capabilities of Hilux, but with much more pleasant appearance and visibly higher level of comfort and refinement. It looks modern, it can carry seven passengers, it isn’t afraid of nature, and probably has a lower price than the competition if you are lucky to live in one of many countries where it is offered.