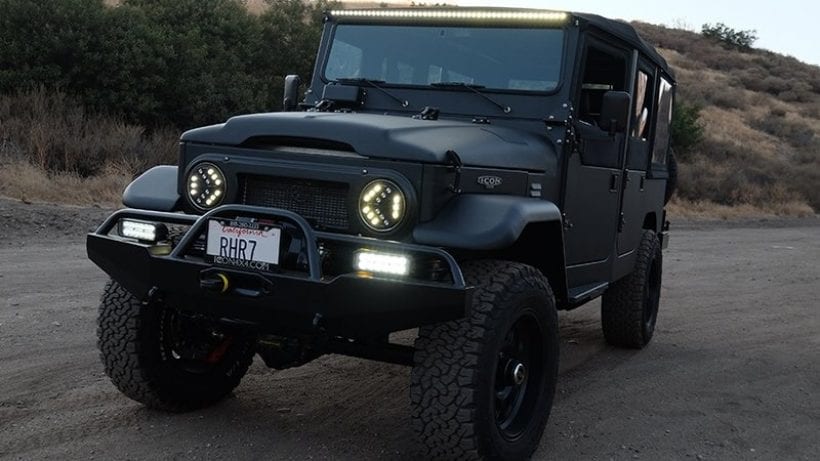 Toyota has left quite a footprint in the world of off-road enthusiasts. Things like Land Cruiser and 4Runner are well cherished these days, while we are all eager for FJ Cruiser resurrection. But let’s dig deeper into the past and visit the roots from which all that fame later spread.

Similar to Jeep’s story, a cause of the birth of Land Cruiser were military intentions, and BJ-FJ model was born in the early 50’s. It quickly evolved into more civilian J20, which soon led us to legendary J40 in 1960 sticking with us all the way to 1984. Though it has its successor in the form of J70, which is still in production, it isn’t offered in the US and some other countries. We are talking here about the roughest, completely uncompromised part of Land Cruiser moniker existing along regular one, and next to which Wrangler appear lavishly luxurious. If omission from US market made you sad, then you should maybe consider 2017 Toyota FJ by ICON and here is why. 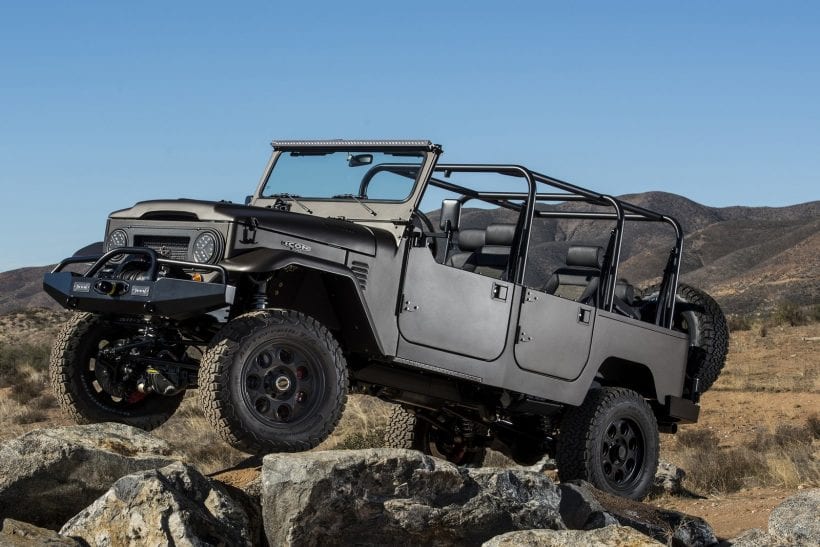 It is a small company in California which specializes in the production of unique and very often odd automotive things. 2017 Icon FJ is not a part of the awkward bunch, but it definitely grabs some attention. Before Icon came to existence, company bosses Jonathan and Jamie Ward were pretty occupied with their TLC company which offered a bunch of different services to the Toyota Land Cruiser’s owners. One of those services include restoration, so there is nothing strange that under current Icon you can choose between four, basically restored, Land Cruisers.

RESTORATION YES, BUT LOTS OF MORE TOO

So, you have four versions of Icon’s FJ, and they are all based on famous J40 Land Cruiser model. FJ40 is a two-door short-wheel base model, FJ43 is a two-door long-wheel base, FJ44 is a four-door variant, and FJ45 is a pickup truck. But it isn’t just about pure restoration of rusty Toyotas as Icon adds a special flair to all of them. Most of the original styling is there, but LED lights front and rear, the light bar above the windshield and again LED lights integrated into the bumper openly shows that this is not ordinary 60’s model. 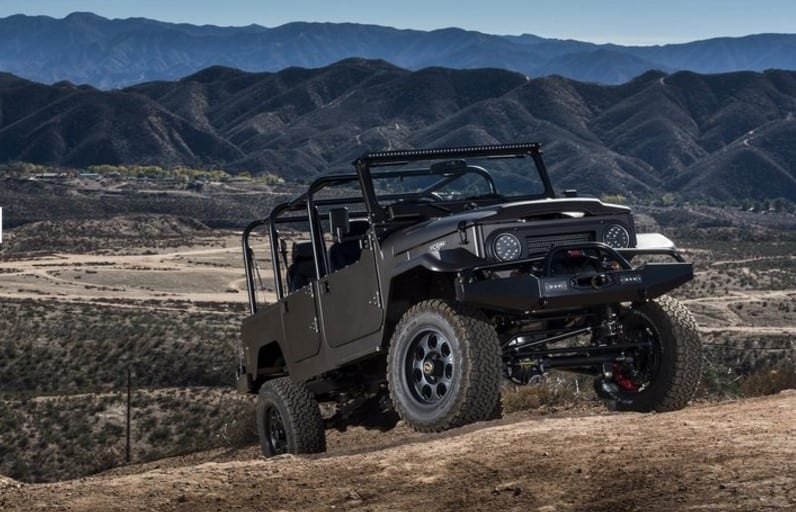 You can also add special touch choosing one of three different 18-inch alloys and ten exterior colors, while each one is resistant to nature challenges by refusing to shed itself from sheet metal. Interior follows the same path. The original shape is there but garnished by digital instrument screen, LED lighting, part-leather seats and fine details like visible aluminum bolts and similar.

POWER IS ANOTHER STORY

While exterior and interior kept lots of authentic features, the story about under the hood happenings is different. If J40 Land Cruiser was satisfied by mostly never breaching 100 hp during long, over two decades, life span, Icon is not. FJ hides 5.7-liter V-8 beneath the bonnet which delivers, either 390 hp and 420 lb-ft or 450 hp and 470 lb-ft of torque, and that is highly above 135 hp which is the highest figure offered by donor close to the end of its production run. 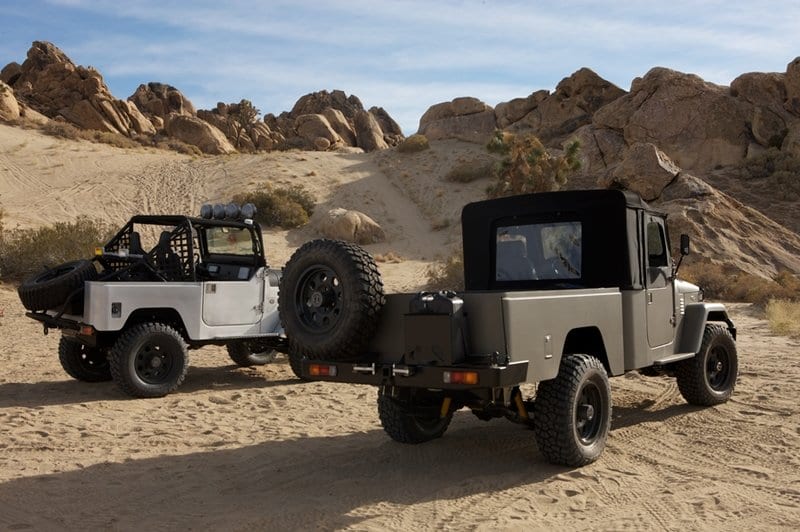 V8 could be paired with a 5-speed manual or 4-speed automatic, while they are both accompanied by Atlas II transfer case. Interestingly, besides the opportunity to stuff GM’s small block V8, wildly used by Corvette, into FJ engine bay, you can settle with VW’s built 2.0-liter turbocharged I4 diesel also.

J40 Land Cruiser built its fame around off-road prowess, and 2017 Toyota FJ by ICON here to enhance that. We already mentioned hard-core transfer case, and now we should add Dana 44 front solid axle and even harder Dana 60 rear solid axle. As a special touch, we have Fox Racing shocks and optional Brembo brakes with 6 pistons at the front and four at the rear, among else.