Toyota Motor Corporation Australia or simply Toyota Australia is the subsidiary of Japanese carmaker. It was founded in 1958, and it evolved during the time, so these days biggest share of the Australian automotive market belongs to it. Nevertheless, Toyota announced in 2014 that by the end of 2017, all production would cease so that every car will be imported from that on. As time is ticking for homemade Toyota’s in Australia, we will see what most beloved one has to offer, respectively 2017 Toyota Camry Altise, and in this case, Altise would stand for base trim.

This generation was launched in 2012, and next one is due to arrive in January, so the current one is on its last breaths. 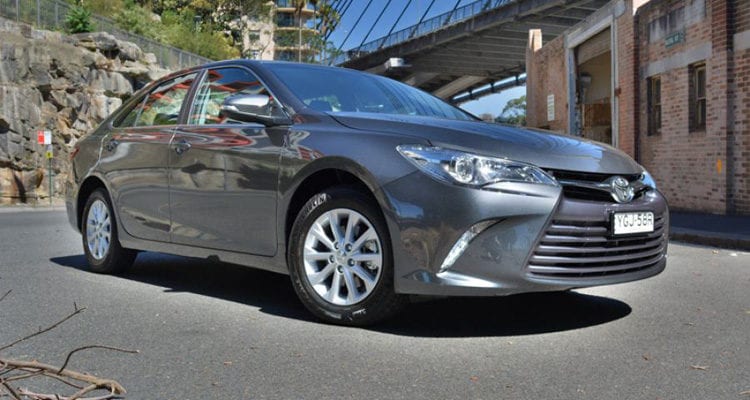 Besides that it still looks desirable, with the grille that resembles those of Lexus’s, with sharp headlights and daylights in the shape of reaping hook, while rear end appears quite dynamic with decklid spoiler and chrome line connecting taillights. In conclusion, it looks fresh enough to sustain sales till the next model arrives.

In the design department it still looks decent, but nothing more, as many rivals stepped ahead some time ago. However, when we consider build quality and fit and finish, Camry is just appalling compared to the rivals, especially to Mazda 6, VW Passat and even Ford Mondeo. Many plastic parts are visibly cheap, especially one on the center console and fake-plastic stitching on the upper side of the dashboard is just something that should be forbidden by law. If you can’t afford leather, no stitching, that simple. 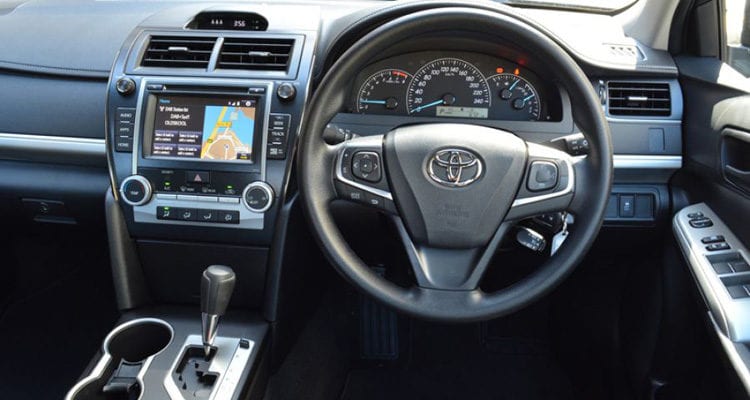 We are talking here about Altise model, which is base one, so if you opt for $11,000 more expensive Atara SL top trim things are going to get better, but not as nearly to justify huge price raise. On the plus side, Camry is extremely spacious both in front and rear, with abundant of storage places and it is only compromised in shoulder space at the back, but still, it is a mid-size sedan, and we couldn’t ask for more. Oh, we almost forgot, the boot is actually a cave.

Altise is the base model, and it includes manual air-conditioning, keyless entry, cruise control, power windows and mirrors, trip computer, automatic headlights, and infotainment unit with a 6.2-inch touchscreen mounted at the center of the dash supporting Bluetooth phone and audio streaming. As an option, you can add Satelite navigation which asks for additional $700, but it also carries bigger 7-inch touchscreen.

Camry is powered by 2.5-liter petrol engine delivering 178 hp and 231 Nm of torque, paired with 6-speed automatic, which are in total average numbers, but keeping in mind that car weighs just 1465kg, overall sensation behind the wheel surpass mentioned figures. 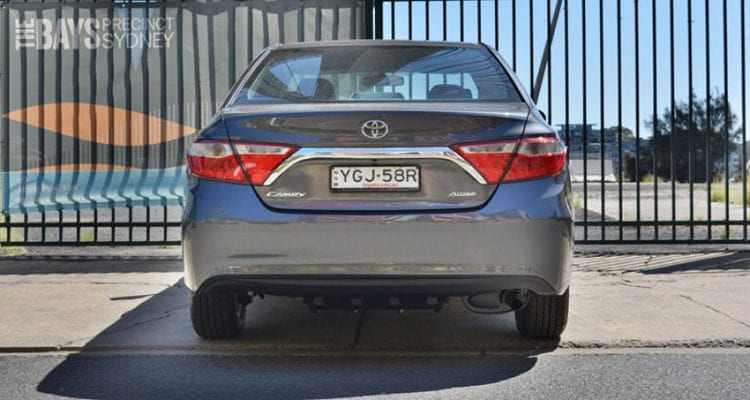 Fuel efficiency is at good 7.9 liters per 100 kilometers. Since it is Toyota’s sedan you would expect mild and tender road behavior, but on your surprise cars feels energetic and vigorous, in some moments even too firm.

2017 Toyota Camry Altise is special offer. On the plus side, it is good looking and spacious, on the average side it has a decent engine and on the downside cabin is just dominated by overall cheapness. But the thing that makes this special offer is the price tag sitting below $27k which is well beneath any rival. So, the car feels cheap because it is cheap, and that just annulated its only drawback.