This year’s Geneva International Motor Show has unveiled many impressive models from different manufacturers, keeping us busy with writing reviews and watching test drives. Among this bonanza of great vehicles, we were searching for one that could be considered as sensation, not only regarding innovations but other things, like unusual design. When we saw 2017 Toyota C-HR, we immediately knew we found what we have been looking for because it has all elements that make it a true sensation.

We have been impressed by the number of things that the automaker decided to change even when the traditions of the company were at stake. For example, the designers apparently dropped the traditional crossover design we saw on many Toyota models and replaced it with a coupe-like body with a very aggressive look. Also, the fans will be pleased by some additions and innovations in the C-HR, including hybrid powertrain. 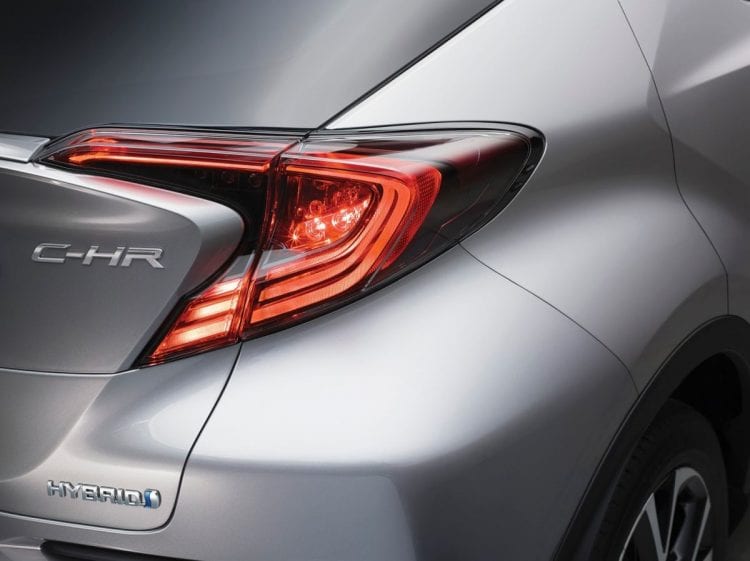 Toyota officials said in an interview that the model’s production would be started this year at the plant located in Turkey. Apparently, the company decided to sell C-HR in Europe first and then transfer it to other markets, including U.S., which is a little bit surprising. Everyone knows that crossover market is on fire in the U.S. right now, and that’s where most manufacturers launch their new crossovers and then move to Europe, where the demand is slightly different.

Well, obviously Toyota bosses know better. We liked how global C-HR is, though. According to the official site of the automaker, the vehicle itself was designed at the Calty Center in the U.S., the hybrid powertrain was made in the United Kingdom in Burnaston, Derbyshire, and the car will be assembled in Turkey. Not to mention that the entire thing is managed from the headquarters in Japan. Really global and we saw that Japanese car maker managed it so many times before! 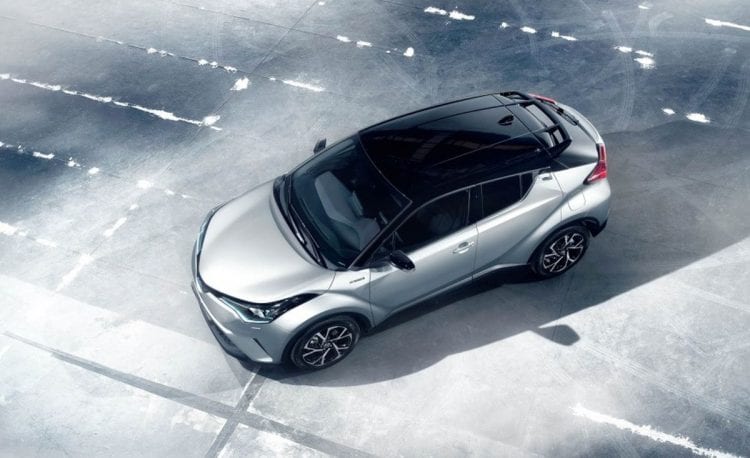 Let’s see what the international Toyota team has done for this one.

The vehicle will use the innovative Toyota’s New Global Architecture (TNGA) platform, known for providing great handling capabilities and thus smoother ride. On the platform, there is an entirely unconventional body that is not like anything we have seen from this company before. As we mentioned earlier, it has a very aggressive look and is surprisingly sporty due to aerodynamic elements.

The front has both similar and unique elements that beautifully complement the overall design. Regarding new stuff, we can mention the unusual bumper that is completely different from the previous design, and the lower part of fascia that has a new function of providing additional air. The creases look like the vehicle spent last two years in the gym because of muscular appearance; the same could be said about the body line that flows parallel to the fender arches and lower door panels. 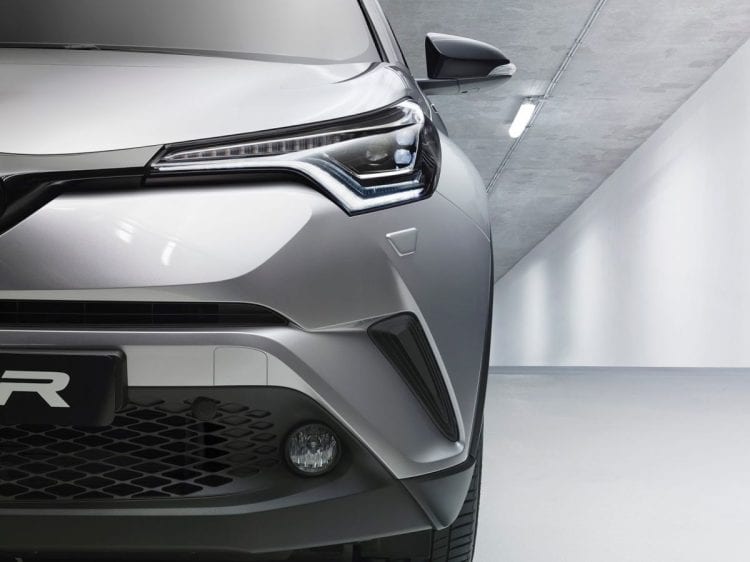 Two words can be used to describe the design of the back: youthful and futuristic. It features good-looking booming-styled LED taillights, sports faux vents on the bumper, and black molding at the lower section. Overall, it looks very sporty and teases to take it for a quick spin. We love its aggressive and modern looks.

We were very much bumped when we discovered that the Japanese automaker has not yet released the photos of the interior of C-HR. Even though we cannot describe the cabin, we think it is safe to assume that the youthfulness, futurism, and aggressiveness will be the words that characterize the interior. Also, we believe that the new model will continue to be for five passengers and decent cargo space. All the latest tech features for modern crossovers, including a large infotainment screen, premium audio, and a variety of safety functions will also be included no questions about.

Update: The manufacturer has released photos of the interior, and pictures say more than words so take a look at the amazing interior of this amazing car. 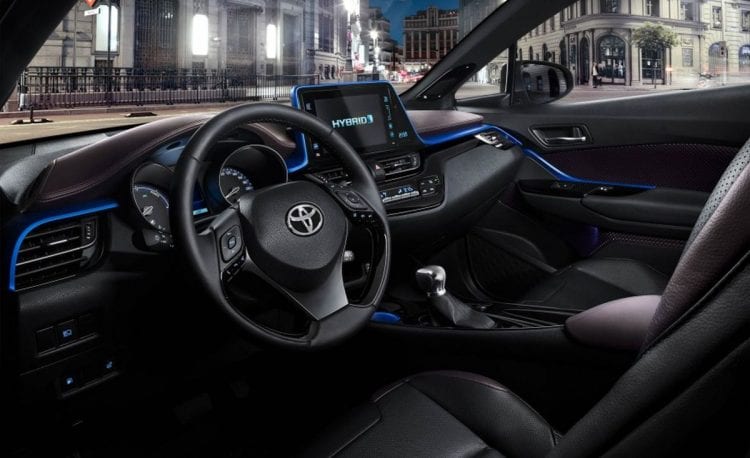 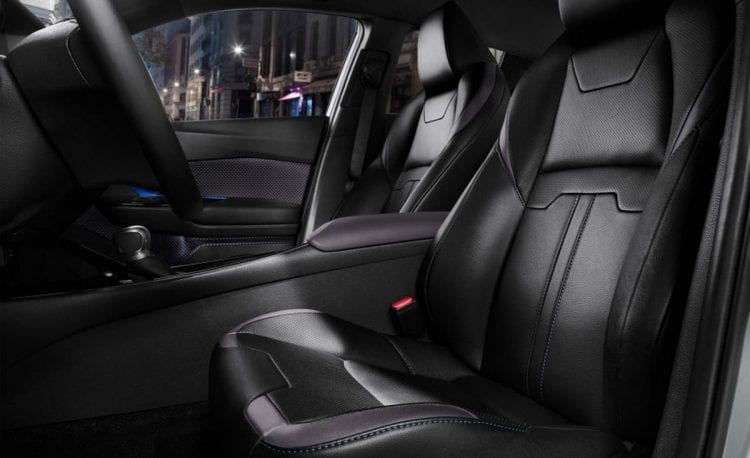 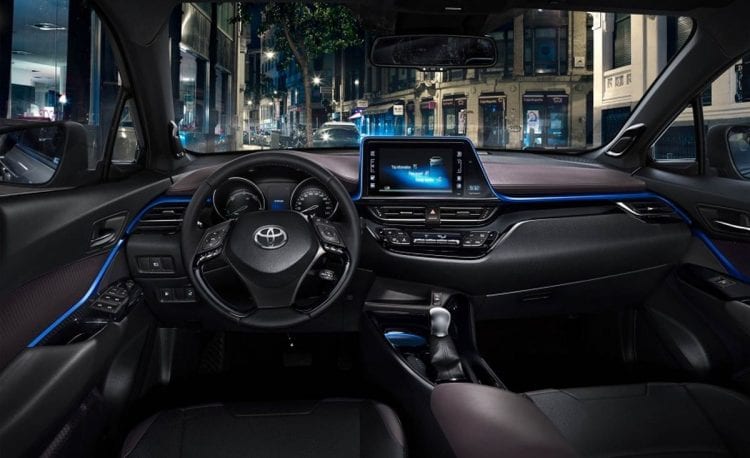 Even though Toyota has not given all the details about the powertrain yet, we do know a lot about it. There will be three options for the engine, including two gasoline units and one hybrid. The latter will be very similar to the one used in the latest Prius because it generates a similar 120 horsepower and has a remarkable thermal efficiency of forty percent. Also, it is as green as it gets because the emissions rating were estimated at 90g/km. 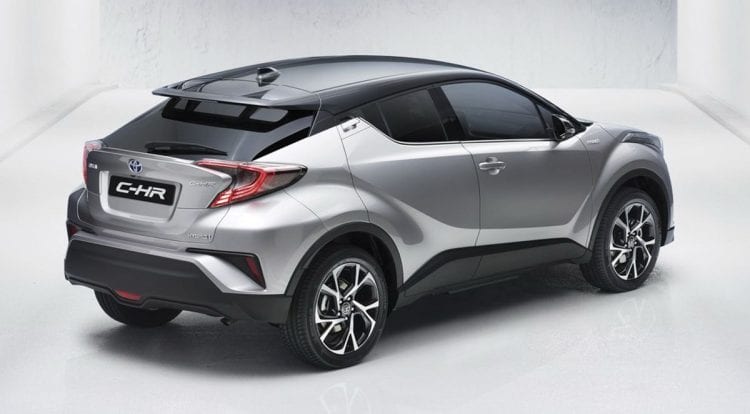 Allegedly, it will be connected with one or two electric motors that allow increasing the total output up to 134 horsepower. Given that the power will be sent to all wheels, it is safe to assume that the vehicle will be a good companion on off-road trips as well but be careful not to push it too hard. The conventional powertrain is a 1.2-liter turbocharged four-cylinder with a total output of 113 horsepower. Most likely, it is the same unit used in the recent Auris model. Both of these options, hybrid, and standard powertrain will be coupled with a 6-speed manual transmission or a CVT unit.

There is going to be a third optional gas engine, a 2.0-liter four cylinder that connects only with the CVT transmission. This one hasn’t been yet confirmed, so we are not sure about the power rating but we can assume it will offer about 150 or slightly more hp.

The 2017 Toyota C-HR will be a safe vehicle because of the wide variety of features, including pedestrian detection system, parking assist, adaptive cruise control, pre-collision system, lane departure alert, and more and more popular road sign assistant. Also, the cabin will be packed with numerous airbags to ensure the best protection of the driver and passengers 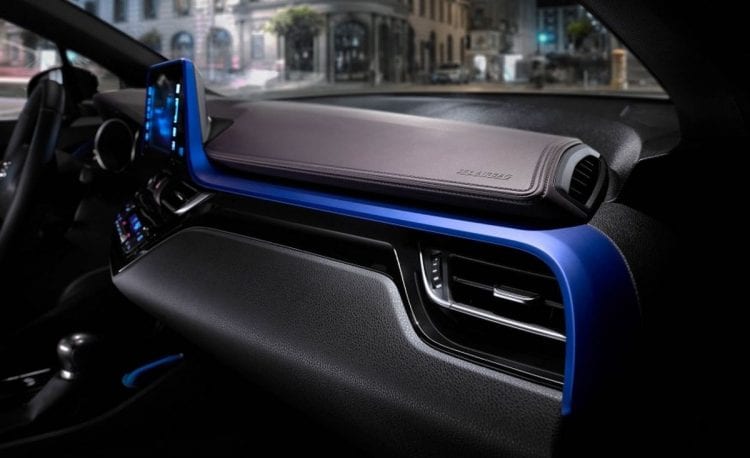 Even though the Japanese automaker has announced the plans to initiate the production of C-HR soon, no particular details were given. However, we think that deliveries will begin later this year, perhaps in the fall after which it will be available at dealerships. The pricing information is also missing, but many reviewers expect the price for this one to be on a similar level like for the RAV4 model. If this happens, we should see a price tag from $24,000 to $25,000 on it. 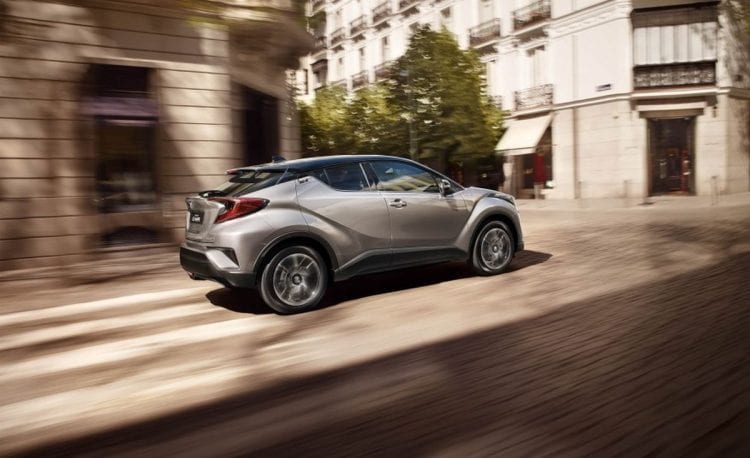 C-HR is an impressive crossover that captured our attention from the day it was unveiled. If what is said about the driving dynamics, hybrid powertrain, and comfort level is true, this car will be one of the hottest in the segment, regardless of the market. For now, however, the only thing we could do is to sit and wait until Toyota releases further details about the interior, performance, and other elements.