The Toyota 4Runner is a dinosaur, a truck-like body-on-frame SUV in a world of car-based crossovers.
~digitaltrends.com

Before moving onto our update about 2017 Toyota 4Runner TRD PRO you might want take a look on our article about upcoming 2018 Toyota 4Runner which will allegedly come with massive redesign.

The first installment of the new 4Runner that has been shown by Toyota is the TRD PRO version. This comes as a little surprise, the fact that TRD PRO model sees the light of the day before regular one. Putting that on the side, new 4Runner will come in five different trims, and those are SR5, SR5 Premium, TRD PRO Off-Road, TRD PRO OFF-Road Premium and Limited.

Equipment holds the bragging rights on 4Runner because it’s top notch even on the entry level models. Some of the features that can be found on the base trim include: Toyota Star Safety System, vehicle stability control, traction control, electric brake force distribution, brake assist, and four-wheel anti-lock brakes.

2017 Toyota 4Runner will be powered by 4.0-liter V6 engine that can produce 270hp and it is paired with a five-speed automatic transmission. This engine will be used on all available trims, and unfortunately, there will be no options, at least in the beginning.

Released back in 2009, the current generation of the 4Runner is based on the same chassis as the older Tacoma. This means that it is no longer using the latest technology Toyota has to offer and on top of that it is barely average now. Cars like the Wrangler, the upcoming Bronco and Trailblazer are going to destroy it in all segments that count. Because of that, a new model has been rumored to be released with the 2017 Toyota 4Runner. These rumors have been circling the internet ever since 2014 and even though Toyota hasn’t commented anything, they just might be true. What changes and what upgrades we might get?

Even though many people suggested that the upcoming 4Runner would be moved to a unibody chassis, like many of its rivals, this seems highly unlikely at this point. This is because Toyota’s other body on frame cars have been discontinued already, and the 4Runner still sells well because it is a body on frame crossover. Its successor is expected to use the same chassis as the newest Tacoma, and this one is made mostly out of high strength steel that improves rigidity and slightly reduces total weight. However, to shave a bit more weight, the 4Runner might also get some aluminum in key areas of the suspension and drivetrain. The price is likely not going to be affected so it should still cost around $34,000 for a base car. A small increase could happen but nothing more than just a few hundred dollars. This is still more than the competition but if they offer the right equipment than it should be more than worth it. 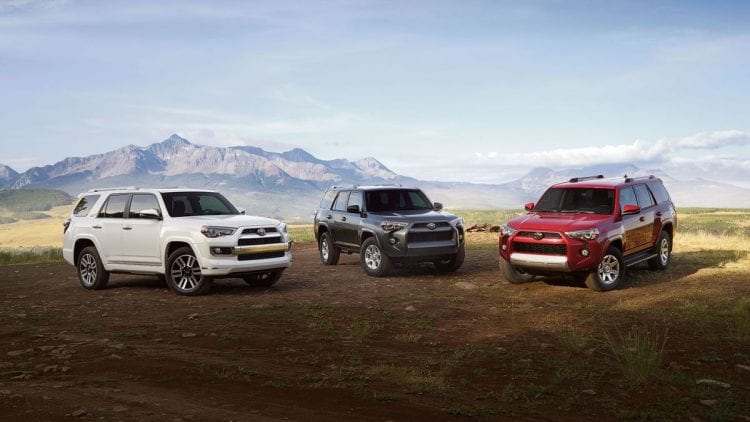 Likely one of the biggest drawbacks of the current model is the engine. The 4.0-liter is not efficient, not that powerful and quite raspy. The Tacoma has already been updated in this segment with the addition of an all-new 3.5-liter naturally aspirated V6 unit which can run in a modified Atkinson cycle in order to save fuel, or it can run in its regular mode. New tech has been implemented here, and it uses direct injection, and it offers more power than the older 4.0-liter unit. However, it is not as smooth as many would like and the efficiency is still mediocre at best. Some said that the rumored 2017 Toyota 4Runner would receive an all-new 2.0-liter turbocharged inline-four petrol engine but in our opinion, this is highly unlikely.

Even though such an engine would offer a decent amount of power, it would simply be too small for a car that would weigh as much as 4,000 pounds or more. It would provide about 250 hp and 250 lb-ft of torque, close to what large 4.0-liter pumped out but still not enough. Instead, we expect Toyota to install a rumored 3.0-liter turbo inline six. This engine could be capable of delivering up to 330 horsepower and more than 300 lb-ft of torque. While it may seem a bit too exotic, considering the base price it would not be all that unlikely. Click here to know more. 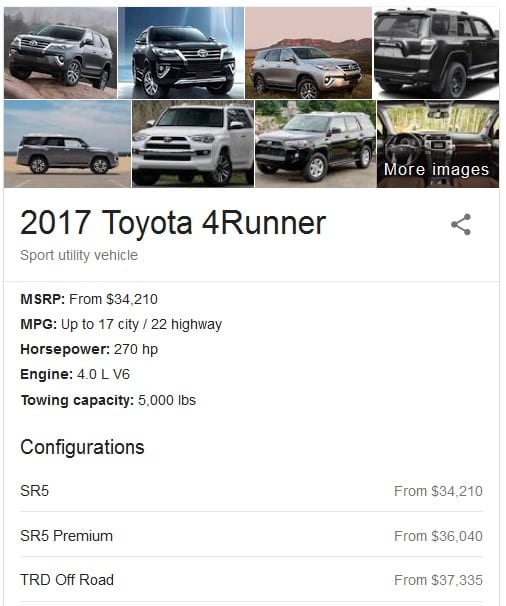 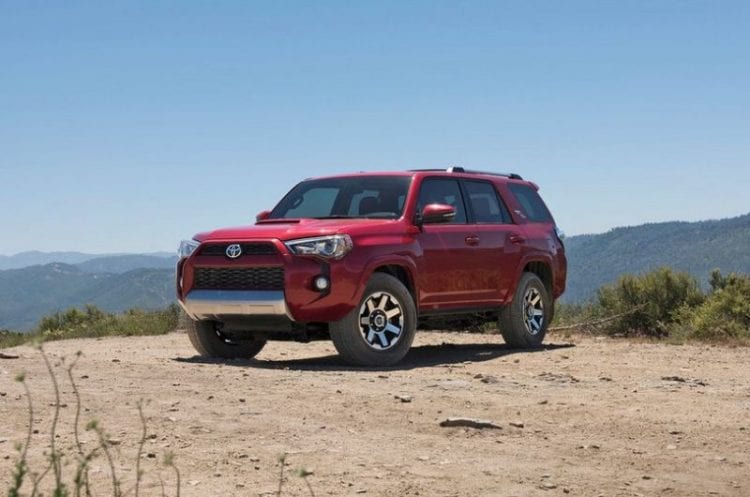 Another rather touchy subject on the 4Runner is the way it looks. Many people love the way it is currently designed. The strong front end, the muscular shapes and the rather bulky design appeals to a rather wide market. This could mean that the future 2017 Toyota 4Runner will look more like an evolution of this design. While not usual for Toyota, this type of visual update has been used by many other manufacturers. It would give people enough new items to make the car interesting and it would keep its older customers interested in the new model as well. 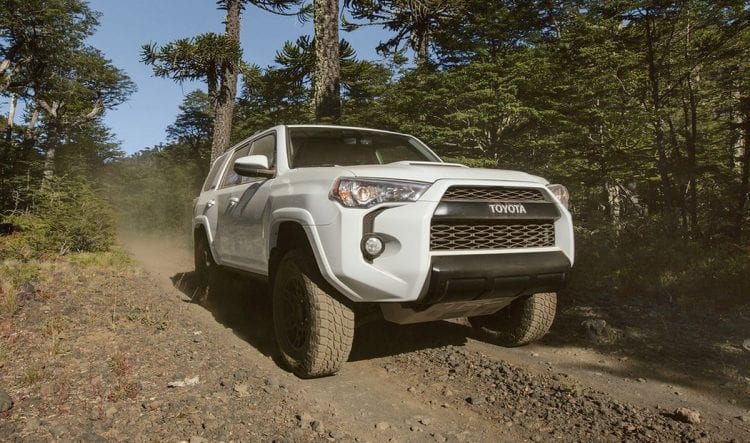 Unlike its overall design, the cabin of the car is expected to be completely changed. The current one is a bit too cheap looking for a $35,000 SUV. The new one should now be designed from scratch, and it should include better materials, new technologies, and a lot more features. Most interesting will be the large and improved center console screen. As soon as you enter the cabin, you will notice this unit and it should offer various in-car system controls. Navigation is expected to be optional on entry level model, but higher trims should offer it as standard. Also, the space for its passengers will increase with the help of its redesigned layout. 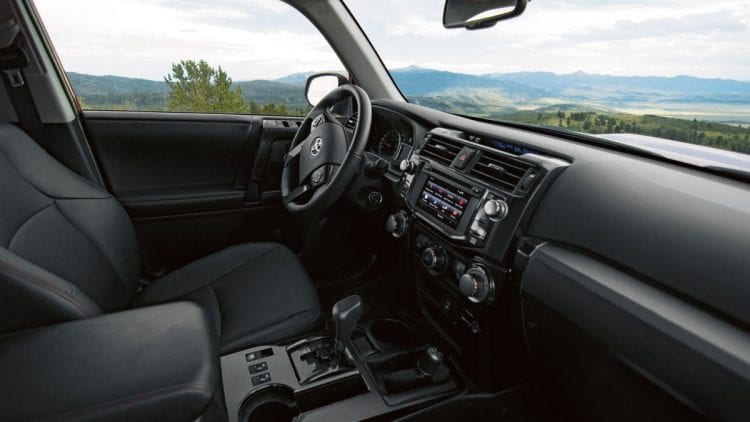 NOTION: Some of the photos might not represent actual 2017 4Runner model.