Tesla Motors is the latest miracle in the automotive world. It overturned so many philosophies with its success, and that left many people staggered. It broke the myth that newcomers to the already established world of cars could only succeed in a production of small numbers, mainly sports cars, avoiding any intrusion to mainstream huge sales figures. It all started with Roadster model in 2008, but real story begins to happen in 2012 with Model S, which made people mad about it and soon it managed to outsell icons as Mercedes S-Class on the US market.

Tesla story is not slowing down as Model X is strolling down the streets and Model 3 made buying craze unseen so far in automotive history, when in just one week upon revelation more than 300,000 people (we hadn’t mistaken with zeroes) placed an order for it. With popularity as strong as it can be 2017 Tesla Model S P100D is top shelf S offer, and it has plenty to brag about.

We really had to clap the Tesla when Model S was introduced. Incredibly elegant and stylish, sophisticated and nonintrusive, while last year refresh just adds on superlatives. Clean fastback shape is more than gorgeous, and even lack of grille doesn’t spoil the moment. Electric cars and hybrids were more about other stuff, leaving an appearance on margins, but Model S choose the different approach. 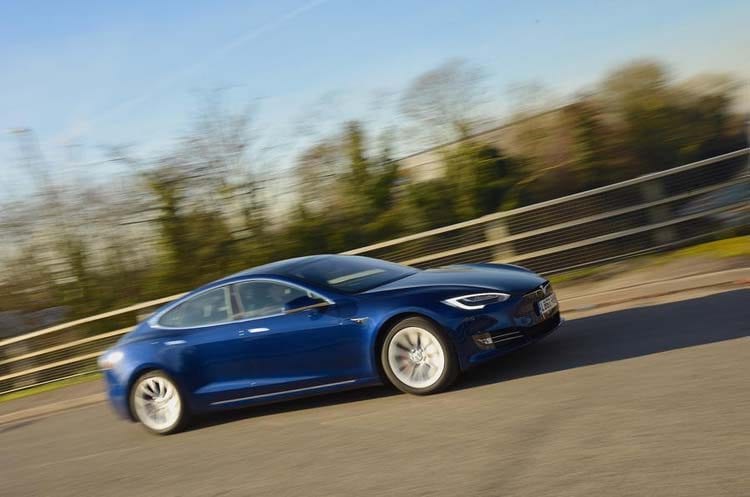 Interior is still clean in design but far from exterior elegance. It is futuristic with incredibly large 17-inch dash screen, but display alone is not enough to complete the cabin, and there is an overall sense of lack of details and other stuff. Used materials are of good quality, but refinement is way behind any competition in the class, and build quality is something for Tesla to work on as we are talking about full-size luxury sedan world here.

Under the hood is trunk or “frunk” as Tesla calls it. You have to look at the back for an electric motor, and you have quite an offer with different outputs to choose from. It starts with 362 hp and 40 kWh battery (this one was newer truly an option) and ends with our P100D model rated at 603 hp and 100 kWh battery. The range is quite astonishing 381 miles, and even real-world estimation of over 250 miles is more than just acceptable.

You can say 603 hp, so what?, as Charger Hellcat comes packed with 100 horses more. But believe us, when we say there is nothing like it in the straight line. Dare to engage new Ludicrous Plus mode and time and space will start to bend as you reach 60 mph in mind-boggling 2.4 seconds. 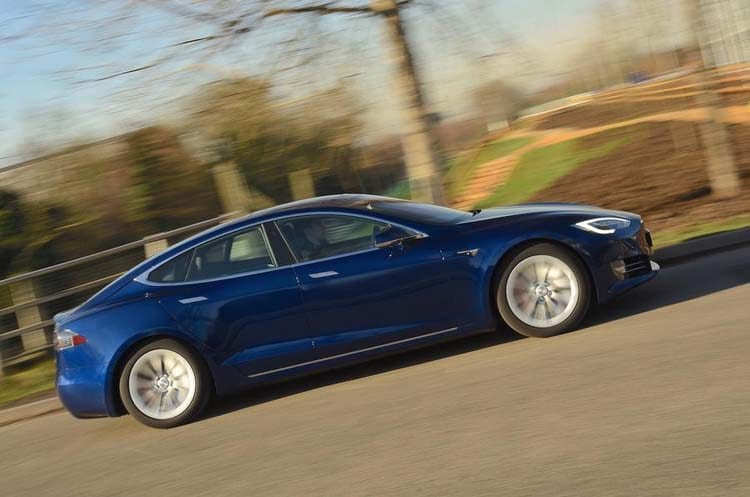 That is Bugatti’s Veyron time in a large four-door saloon. There is no rival that is even close to it, and it won’t be for anytime soon, we are sure of that. Also, the car powertrain is electric, so every punch of the pedal provides instant reactions with maximum peak torque always available. As you progress power will start fading, but for limited straight line races, you’ll hardly be taken in it, ever.

That is how Tesla calls its Model S. As for acceleration time, the name is more than suitable, but for the rest not so much. The steering wheel has proper weight but it is not as nearly communicative as it should be and cornering is far from one in Panamera, while for the opposite side, ride comfort is far from S-Class, though the lack of engine noise is a nice touch. Overall S model’s suspension is tuned for stiff, hurting the pleasure but not allowing proper fun in corners, staying in the unwanted middle. And you can’t slide it, ever, as ESP can’t be turned off.

2017 Tesla Model S P100D carries a price tag of $134,000 which is, “I don’t know what,” from the base price of $60,000. It is at least a lot. Also, Tesla is substantially less refined that any German offer, also less fun to steer, less reliable, according to Autopilot crashes maybe even dangerous, but does that matter? Owning it makes you part of the automotive revolution, part of inevitable future and you can traffic-light race, and probably beat, Veyron if you ever stumble upon it.