We all know how hard it is to establish your company on the already overcrowded market that is ruled by some of the biggest companies in the World. This is exactly what Tesla Motors was facing and is still facing. On top of that, we need to add the fact that the technology they are bringing could be a real game changer where the final result will be significantly lower need for fossil fuels bringing down some of the car industry giants.

Tesla did not let us see the vehicle’s new interior until now. Although the Model 3 isn’t out yet, over 400,000 buyers chose to place a deposit for the EV without taking a look at its interior, dashboard or steering controls. Though no official statement has been made, it is likely that some parts of the interior will be changed since the prototype had some minimal features which were more noticeable on the new photo that was taken during the day. 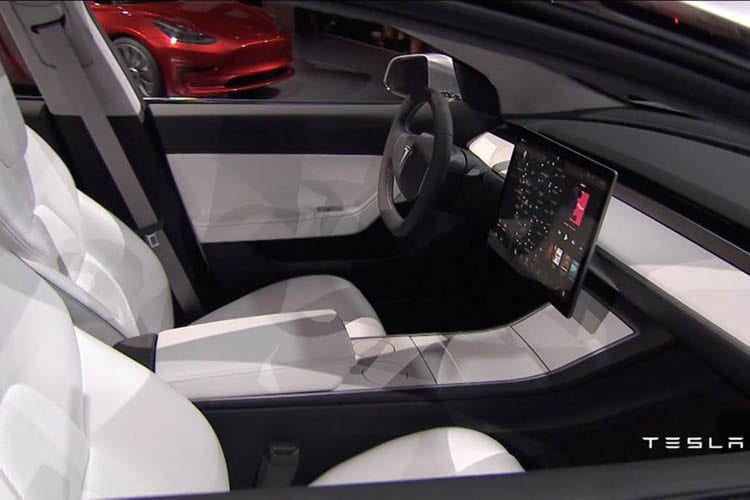 Tesla Model 3 was unveiled at nighttime in March 2016, and it was difficult to see any interior features. None of the pictures from the official photo shoots of the prototype’s interior saw the light of day because Tesla plans on changing it and does not want fans to get hyped up and disappointed when the vehicle debuts.

As we said, no official photo has been published, but there is a leaked image that emerged on the internet a while ago. The person who sent it in full resolution wants to stay anonymous, and this appears to be a photo from last month’s Tesla corporate party in San Jose. So far, we did not have a chance to see a better image of the Model 3’ interior. 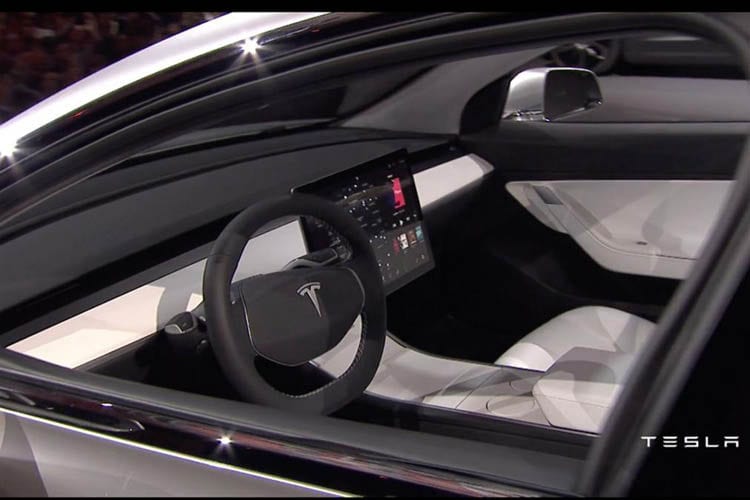 As you can see in the photo, the new Model 3 probably won’t feature an instrument cluster, or at least not one that we are used to see. For some time it has been rumored that Tesla does not intend to bring a separate instrument cluster. Instead, the electric car manufacturer wants to install a heads-up display system that will make up for all the information which can usually be seen on the instrument cluster.

The list of minimalistic features in the cabin continues with the lack of air vents, although that is a bit harder to spot. During the Model 3 debut in March, a Tesla engineer said that the model’s HVAC is “a really unique ventilation system without traditional vents but only a single slot.“

This is not the first time Tesla decided to put almost all controls on the center touchscreen since the Model S is designed in a similar manner. The Model 3 will also share that feature, and if EV giant also removes air vents and the instrument cluster from the dashboard, there will be nothing left. 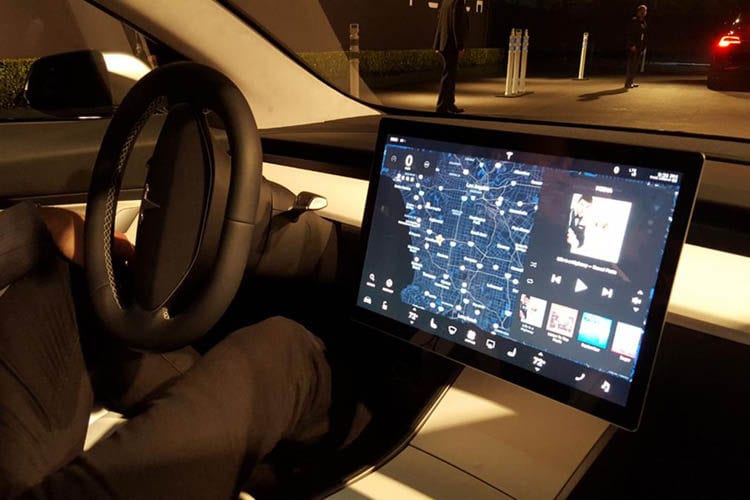 What is your view on this topic? Do you fancy Tesla Model 3’s minimalistic features? Please visit the comment section and tell us what you think about the new vehicle.

Only a few days ago we could see official unveil of the Tesla Model 3 and we can only say that it attracted a lot of attention and a great number of positive comments. As told to the world by Elon Musk, the CEO of Tesla this vehicle will offer a range of about 200 miles and lower price as compared to the Model S, this really could be a game changer. The previous electric car models of Tesla have really been appreciated and also got some extremely good reviews and that is one of the reasons why people are really excited about the new model which will only be available to the customers in 2017 or even later, even if you pre-ordered it right now.

The best words to describe Model 3 could be “affordable technology”. With the electric cars industry heating up nowadays the company has given a cheaper car along with the same technology being used in the top of the line models. At the official unveil even we were able to see a new model and clearly the design is different than the previous models which clear the confusion that it is just 20% smaller version of the Model S.

There’s not much known about the performance of the Model 3 but what we could see it is more than adequate and 0 to 60 mph times of 6 seconds or even less could be expected. With a modest range of 200 miles as compared to the Model S, this car gives the customers a complete package of driving with cutting gas costs, affordability and also different modes of driving to experience the perks of technology. 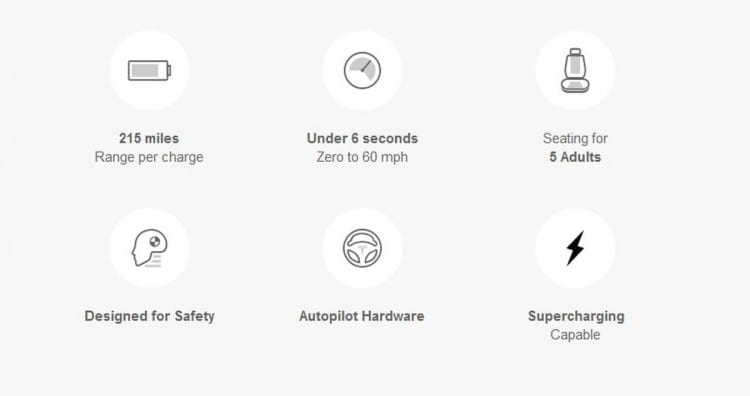 This is one of the features that have become a hot topic. A range of 200 miles with 2,000 superchargers of Tesla all around the U.S. will be a dream come true for all the drivers who want their cars to be usable in both city and the highway. It is still unclear if Tesla Motors will opt to offer only one battery pack and what size will it bring. Most likely, the similar recipe as on the Model S will be used and we will get more than one option. 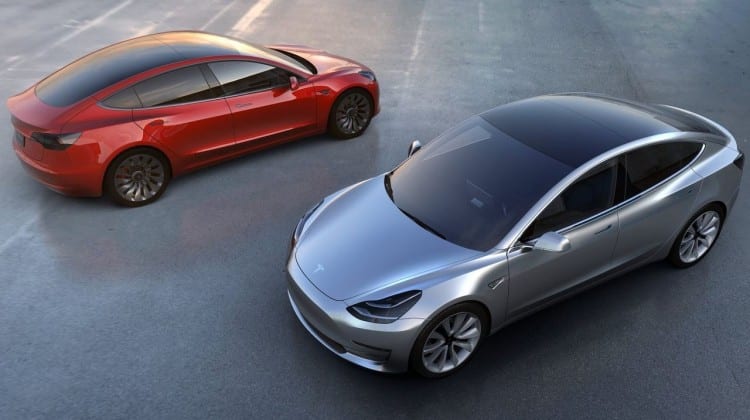 Just as a reminder, originally Model S was also announced to come with 40 kWh battery pack but it was later dropped from the lineup due to the low demand. We have received 60 and 85 kWh battery packs which were recently upgraded to 70 and 90 kWh offering slightly more range. Clearly Tesla Motors needs to position its Model 3 under Model S in terms of range, price and power so we might not see 90 kWh version. If they aim 200 miles of range, well, this could be achieved with 60 kWh pack or with something even smaller.

As the company owns more than 2,000 superchargers all around the United States charging will not be an issue for the Model 3 customers. The car offers an incredible charging rate and you would be able to charge 80% your Model 3 within half an hour, just like with its larger brother. As the car is much cheaper compared to the previous models the customers can have 240-volt wall connector of Tesla for only 750$, adding it to the cost still will keep the price lower as compared to the other plug-in and electric cars with the specifications near to Model 3 in the market. 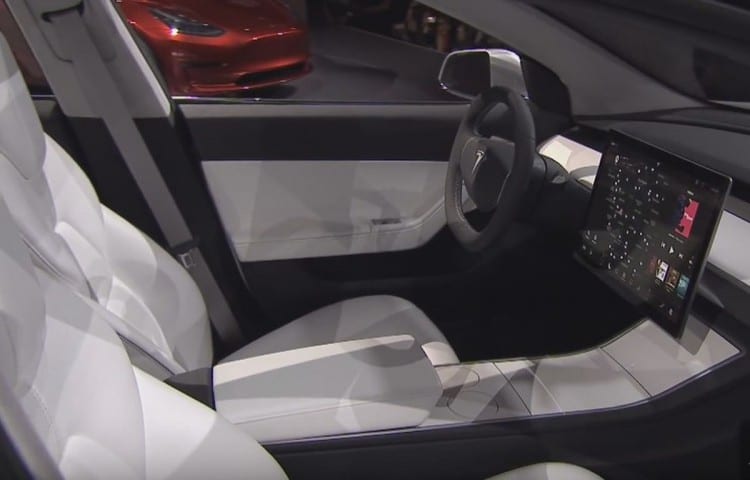 As the CEO of Tesla talked about the size and design of the car, the main goal of the company was obviously to offer comfort to driver and occupants. Since this is about 20% smaller EV when compared to Model S, it is still able to give a decent amount of space along with high levels of passenger and cargo room and trunks in front and back of the car.

As there cannot be much said about a car which has not been on the road still we can make assumptions based on the safety rating given to a bigger brother. According to the National Highway Traffic Safety Administration, the Model S has 5 stars rating when it comes to safety. Tesla will try its best to keep the safety level to five stars in order to grab the attention of more and more customers.

Tesla has announced that the Model 3 would be sold at the price of $35,000 per car. Cutting the price of an electric car, able to travel 200 miles, providing the affordable and comfortable ride that would really be an achievement. It would be an achievement because after cutting all kinds of taxes and receiving various incentives, the final price for customers might be the even under $30,000. In the near future, we expect to see many new hybrids and similar EV’s on the market that could compete with Model 3 so it will have to prove itself worthy of such an investment and keep one of the top positions in the segment. If it just performs the way Tesla is marketing it will, this could be a major add-on for the company.

It is clear that the Model 3 will compete with the gas-driven cars like BMW 3-series and Mercedes-Benz C-class bur there are also few others coming to the market hunting for the Tesla Model 3. While Chevy and Nissan planning to provide electric cars to the customers in the same price range as Tesla is asking for Model 3 these companies still don’t have the credentials of producing successful EV’s that really have “got the customers eye”. With already successful Model S and Model X that has been recently announced, Tesla has very good chance to bring more customers to their brand.

Overall it looks like a fine investment if you have 35,000 $ and you are willing to spend it on an electric car. The pre-orders have been started and we already could see record-breaking numbers with some speculations that it went over 250,000 preordered units in only three days. If Tesla remains successful in providing all the features being promised in this model it could be a massive step ahead for the company. According to an estimate by Elon Musk, the company will be able to produce 500,000 Model 3 cars per year till 2020. Looks like an ambitious prediction but let’s find it out in the days to come.